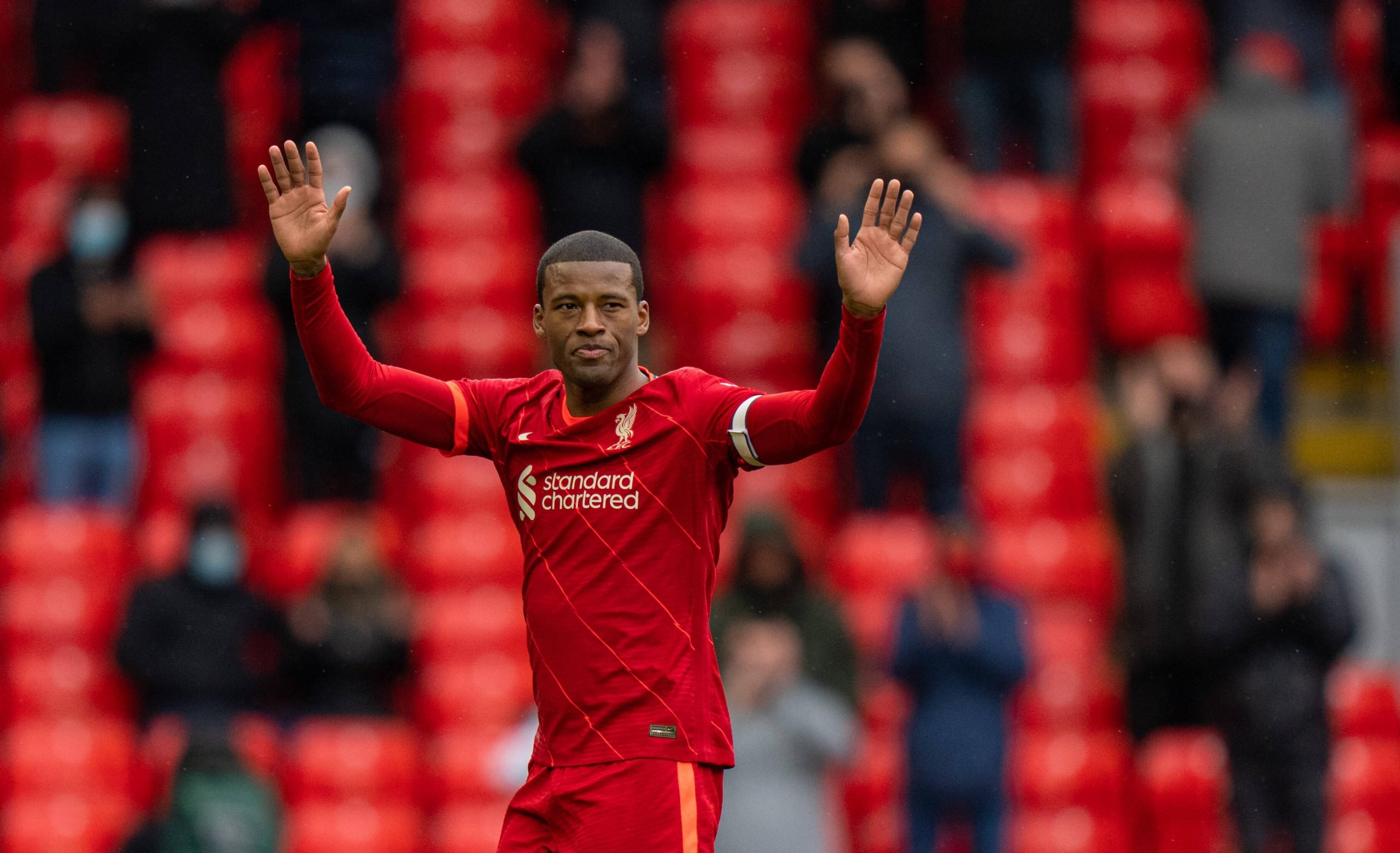 After news came in almost out of nowhere, that Liverpool midfielder Georginio Wijnaldum will sign for Barcelona, his representatives have now been spotted by the club offices to finalise the Dutchman’s move to the Catalan giants.

The ever-reliable Fabrizio Romano has now shared the details of the transfer along with a photo of Gini’s agents in Barcelona. Like striker Sergio Aguero, Wijnaldum will also accept a lower salary to join the Catalans amid links to Bayern Munich and Paris Saint-Germain.

His contract with Liverpool will expire by the end of June, following which he will arrive on a free transfer, potentially the fourth of Barcelona’s summer window already, including Eric Garcia, Sergio Aguero and also perhaps Memphis Depay.

Gini Wijnaldum will sign with the Blaugrana until 2024 and only the last few details are to be sorted. Multiple other reports also stated that he will sign for Barcelona before the Euros commence in June. Barcelona fans have been caught by surprise by the news and don’t seem overly keen on the prospect.

The Dutchman was reportedly in talks to sign with Bayern Munich up until very recently, but it turns out the links were only to leverage a better offer from other parties. The 30-year old’s arrival in Spain now looks imminent.