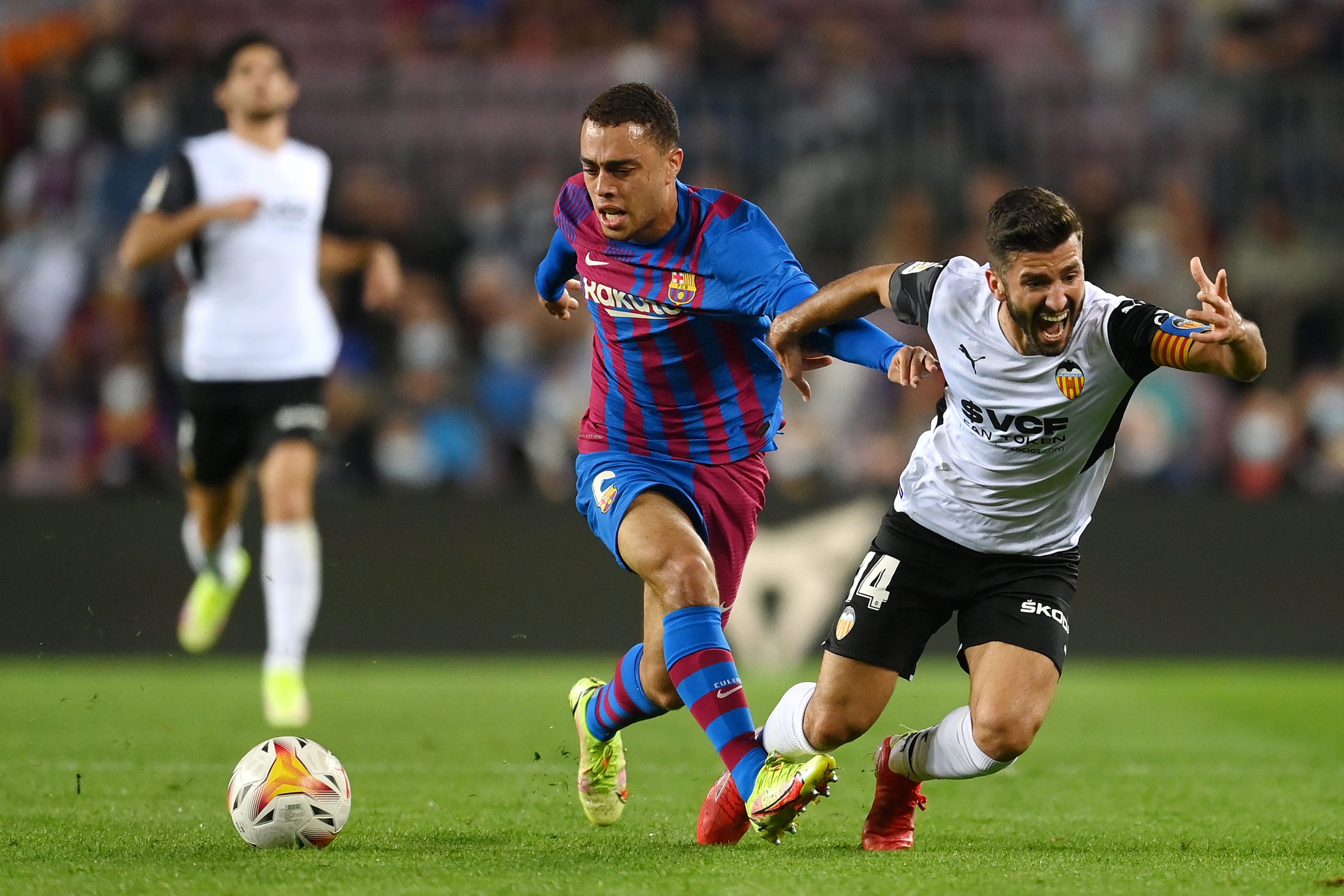 After the reported signing of Ferran Torres, Barcelona are under pressure to facilitate player departures. Not only is it a question of bringing in cash flow but also a reduction in the wage bill that is needed to register new signings.

According to reports from Lluis Miguelsanz of SPORT, Sergino Dest and Oscar Mingueza are two players who Barcelona are also open to selling. The news comes as a surprise, as earlier, only misfit players like Clement Lenglet and Samuel Umtiti were on the table.

Reports say that there is tranquility in the club over the situation of both the right-backs. The players will only be sold if the right offer comes in, and until then, they will be a part of Xavi’s plans.

The news comes after the duo have been largely out of action since Xavi’s arrival.

Dest was expected to be a big part of the team’s young core, but recent reports say that his slow growth at Barcelona has not impressed several key figues. Moreover, the USMNT star’s slow recovery from injury has kept him far from first-team action.

Mingueza, on the other hand, took part in the new manager’s opening games. However, his shaky performances prompted Xavi to revert to a back three, excluding him from a starting spot.

Come January, Barcelona will have the services of Dani Alves at right-back. Moreover, the reported interest of the club in options like Cesar Azpilicueta displays the lack of faith in the two youngsters.

In 7 starts for the team this season, Mingueza has only seen a clean sheet on one occasion. Meanwhile, Dest has not maintained a clean sheet in any of his 11 starts.