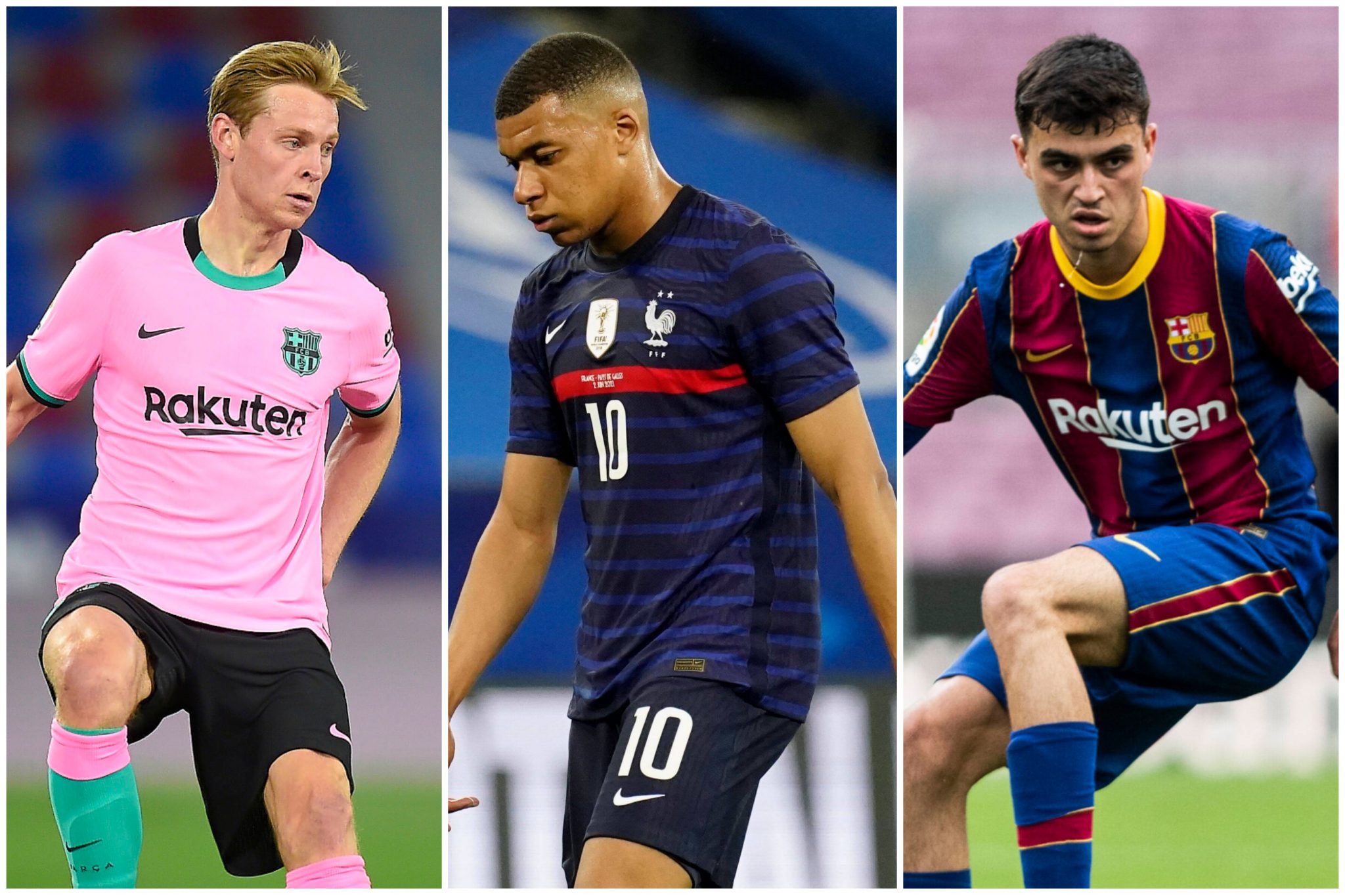 According to a transfer study as relayed by Mundo Deportivo, Football Club Barcelona possess two young midfielders in their roster who are currently valued higher than world star footballer Kylian Mbappe.

The study was carried out by the specialized website Football-Observatory CIES (International Center for Sports Studies), and they have analysed the values of several players. The analysis reveals that Frenkie de Jong and Pedro ‘Pedri’ Gonzalez are valued higher than Kylian Mbappe.

Mbappe, who is only 22-years-old, has already enjoyed a career that most footballers can only dream of. He has been a key part of France’s World-Cup winning team in 2018, while also achieving nearly every success with Paris-Saint Germain, apart from winning the Champions League.

In 171 games at PSG, the French national has scored a staggering 132 goals and 61 assists. Therefore, it is hugely surprising that two of Barça’s very own are valued higher than him.

According to CIES, Mbappe’s market value would be approximately €118.3m. While this is no small value, it is less than Barça’s 24-year-old star player Frenkie de Jong. The Dutch midfielder has enjoyed a stellar campaign this season, embodying every single value of a ‘total footballer’.

De Jong’s versatility, dexterity, and immense mentality make him one of the best midfielders in the world. CIES value him at €138.7m.

While de Jong has been magnificent, and perhaps worthy of a higher valuation than even Mbappe, the most surprising entrant on the list is Pedri. Without a doubt, the 18-year-old has enjoyed a marvelous campaign, but to see him being assigned a value higher than one of the best footballers in the world is truly a testament to just how good he is.

The young Spanish National is a phenom. He is likely going to be Luis Enrique’s first-choice left-interior midfielder for the Euros too. Pedri possesses a maturity and understanding of the field and his players that is unparalleled at his age.

His calmness, dexterity, ability to hold onto the ball, and reading of the game make him one of the best in his trade. Therefore, to imagine he is only 18-years-old makes him an even more frightening prospect.

Pedri played 51 of Barça’s 52 games this season, displaying immense consistency and fitness. He comes in with a valuation of €133.2m according to CIES. The fact that he is four years younger than Mbappe is unbelievable, as he is achieving footballing standards close to some of the best midfielders in the world. At 22, one can only imagine how brilliant the young Canary Islander may become.