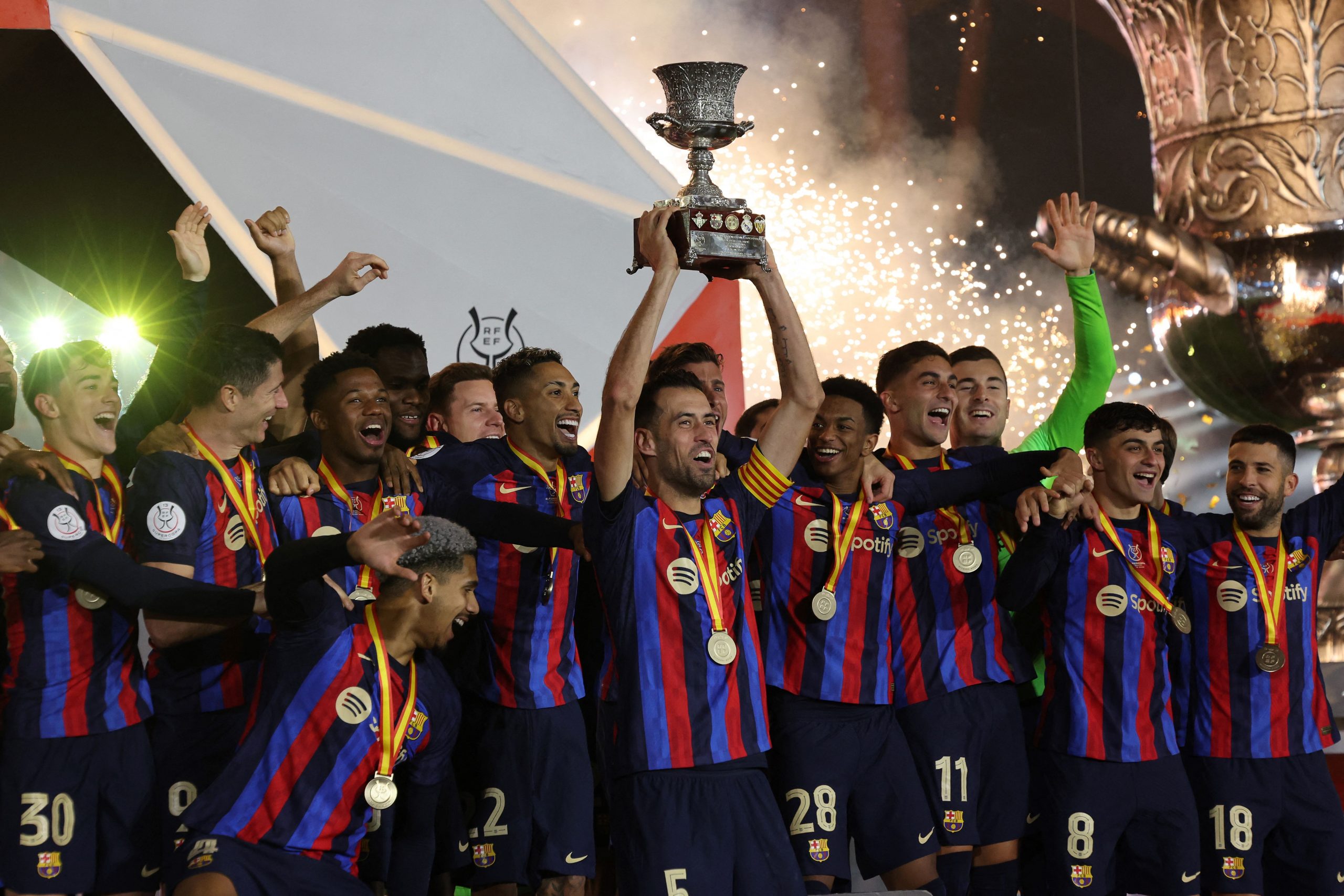 Oh, how long it has been since Cules were last blessed with the sight they saw on Sunday night. After a long and agonizing wait, the light at the end of the tunnel was precious for the players, manager and fans alike as Barcelona won the Spanish Super Cup in Riyadh.

The moment was made sweeter by the fact that the Blaugrana overcame their arch-rivals Real Madrid in the final and made a statement to the world with the high-level display over ninety minutes.

Gavi opened the scoring for Barcelona in the first half before Robert Lewandowski doubled their lead just before half-time. The third blow was inflicted by Pedri halfway through the second period as they flew beyond the reach of a hapless Real Madrid side.

1. A performance worthy of silverware

It is easy to dismiss the Supercopa de Espana as an irrelevant trophy from the outside. However, it means far more than just a decorated piece of memorabilia for Barcelona.

For a club historically associated with success in every season to go one year without winning a trophy puts an immense amount of pressure on the players. Xavi and his men needed Sunday’s win more desperately than their opponents, and that showed in their intensity on the field.

Barcelona played as if their life depended on it. No Azulgrana player showed any sign of fatigue even as the game neared its end and continued to torment Real Madrid with their high pressures.

Their fearless and attacking brand of football was complimented by an unruffled and solid defensive display, and it is hard to make any argument against the Catalans being thoroughly deserving winners.

As Sergio Busquets hoisted the trophy and celebrated in ecstasy, one could see visible relief on the faces of every Barcelona player. Having the weight taken off their shoulders, the men in garnet-and-blue can now play their free-flowing game for the rest of the campaign, unnerved.

Moreover, the first trophy is always the most difficult. The momentum, then on, can see the side coast through. One would thus hope that Xavi’s project takes off after the thrashing of Real Madrid on Sunday night.

2. Who has got a better midfield?

The quality of Barcelona’s midfield has never been in doubt. Frenkie de Jong sent shockwaves throughout the world during his spell with Ajax and announced himself as one of the leading players of the next generation.

Pedri’s signing and Gavi’s promotion completed the transition for the Catalan midfield. The midfield stars played at a ridiculously high level right from their incorporation into the side, but there was always a feeling that there would be a coming of age.

The young Blaugrana midfield may have struggled against the experience of Luka Modric and Toni Kroos in recent Clasicos, but Sunday’s game showed that Barcelona’s trio in the middle of the park are ready to face the world.

Pedri, Gavi and de Jong, alongside the experience of Sergio Busquets, took Los Blancos to the cleaners in Riyadh. It was not just a demolition but an annihilation of one of the world’s greatest midfield legends.

As Barcelona continuously kept the ball in circulation with their passes and triangles, one was taken back to the days of Xavi and Iniesta. For long periods in the game, the men in white were left spinning, unable to identify a target to pressurise and win the ball back.

If the youngsters, Pedri and Gavi in particular, retain the level they showed on Sunday, no opponent is too big for Xavi’s Barcelona.

3. A special duo in attack

After the full-time whistle, Robert Lewandowski revealed that he advised Gavi to stick close to him during the game. As one looks back at the ninety minutes that unfolded last night, it becomes clear that the Pole’s advice was game-changing.

Gavi finished the night with a man-of-the-match performance, scoring one goal and providing two assists at the age of 18. In addition to his three G+A, he made three key passes, won ten duels, and recorded three tackles in the Clasico.

Lewandowski was not too far behind the Golden Boy in terms of contributions. The Pole had three shots on target, a goal, and an assist and hit the woodwork once in ninety minutes.

Interestingly, Gavi and Lewandowski assisted each other for their respective goals. For the Catalans’ third, it was the 18-year-old who got the assist for Pedri’s goal. Yet, that chance too was made possible only via a stupendous pre-assist by Lewy.