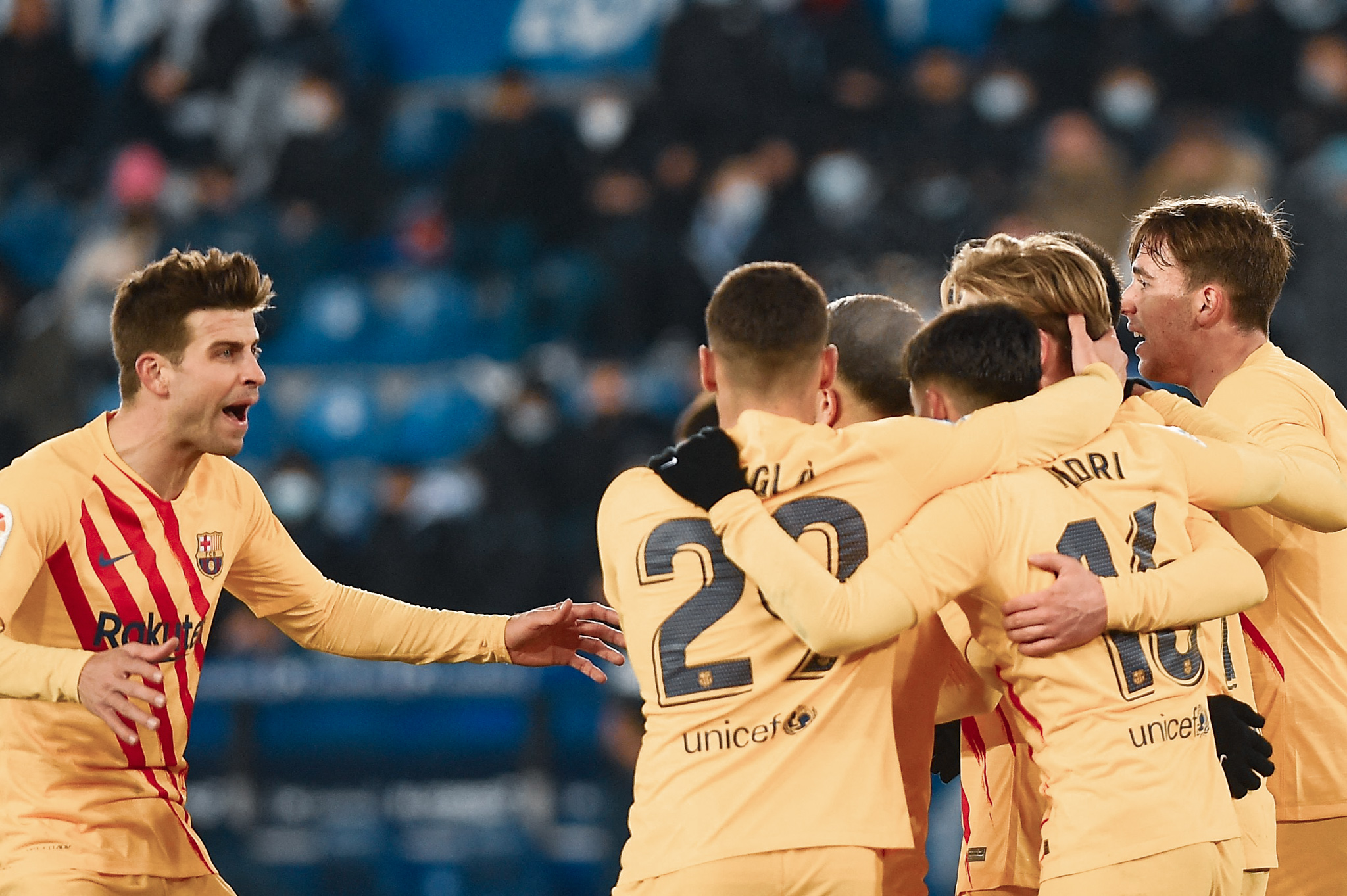 A colossal struggle at Mendizorroza ended on a good note for Barcelona on Sunday. Despite heading into the fixture as clear favourites, the Catalans struggled to maintain their rhythm throughout the 90 minutes. While the change in personnel did contribute to the dip in performance to an extent, there seemed to be a psychological aspect to it as well.

In the end, a well-worked goal by Frenkie de Jong secured the three points for Xavi’s side. The game had a few positives to take away, but one fears that the negative takeaways are far in excess.

1. A clear lack of clarity or identity

One of the standard takeaways from Barcelona’s games under Xavi Hernandez has been the return of a definite style. Irrespective of the final result, the team has stuck to a single philosophy while trying to improve at it. However, the same cannot be said about Sunday’s performance.

On the night, Barcelona seemed clueless against one of La Liga’s weakest defences. Despite playing out comfortably from the back, ideas seemed to seize by the half-line. Every time the ball reached the midfield, it was either lost carelessly or driven out of play. The verticality in the team’s play lacked heavily, and this showed in the stats.

Despite having a whopping 76% possession and making 691 passes on the night, the Catalans only had four shots on target. They were dispossessed 154 times by the Alaves resistance, clearly indicating the sloppy proceedings. For comparison, Barcelona were dispossessed 144 times in 120 minutes against Real Madrid last week.

The front-line was far from its best, as Xavi did not hesitate to point the finger during the post-match press conference. Abde put up one of his worst displays in a Barcelona shirt during the first half, while Luuk de Jong too seemed to mistime his runs.

One of the biggest positives for the manager to take away from the game at Vitoria was the masterclass put forth by Pedri. After being ruled out for months through injury, the Koppa trophy winner returned to action against Real Madrid last week. In less than three games, he has once again become the midfield monster the world feared last year.

Against Alaves, the Canary Islander was at a whole new level. His vision was far superior to any player on the pitch, as he threaded balls through the host defence with ridiculous ease.

In 90 minutes, Pedri recorded six key passes, created a big chance, completed 100% of attempted long balls with two successful dribbles. Time and time again, it was the youngster who stepped up for his team and delivered the incisive pass.

Moreover, the game was a revelation in terms of his leadership. Despite being just 19 years old, Pedri was amongst the most vocal players on the field. He constantly pushed the team to work harder when they seemed lost, both through words and actions. Barcelona have a gem in the making, for Pedri is going places.

3. Back in the race for UCL

At the end of a ninety-minute grind, Xavi’s men got the boost they needed in the form of the updated La Liga table. Earlier in the week, Real Sociedad, Sevilla, and Real Madrid dropped points, providing Barcelona with a good chance of a comeback.

Thanks to Frenkie de Jong’s late winner, the Catalans are now just one point behind fourth-placed Atletico Madrid heading into the International break. Moreover, the first game after the hiatus is a clash against Diego Simeone’s side at Camp Nou.

In less than two weeks, Barcelona could be in the Champions League spots if the game against Los Rojiblancos goes their way.

The 2021-22 season seems set to be trophyless unless the team can pull off a miracle in the Europa League. However, it will still be considered a success, given the situation, if Barcelona can secure their Champions League spot for next season. It will not only provide the club with a boost in the transfer market but also help the financial situation.

Barcelona’s next six games are against Atletico Madrid, Espanyol, Valencia, two against Napoli and Athletic Club. The six coming games will be decisive not only for Barcelona’s current but also the upcoming season. Xavi indeed has his work cut out for him.