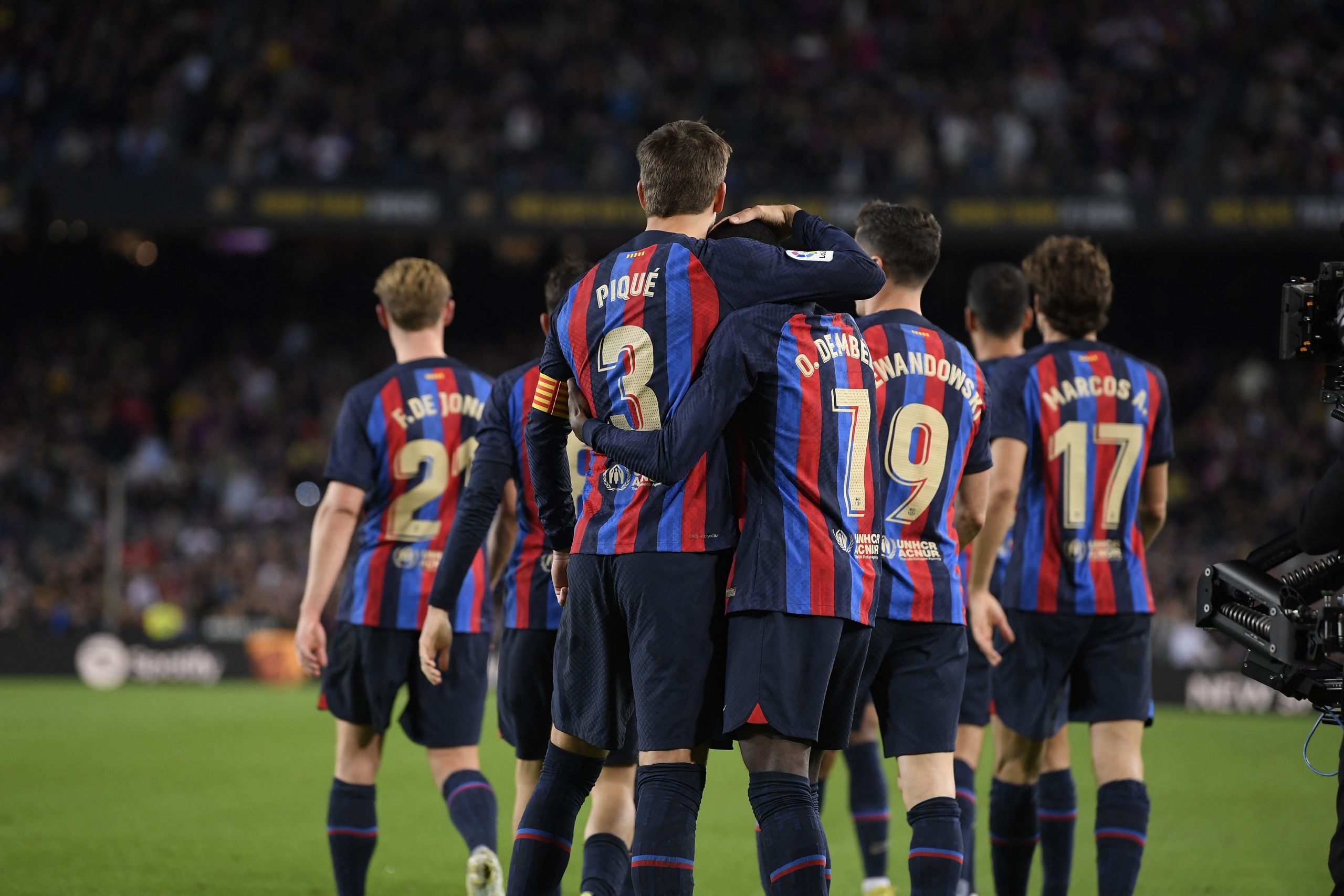 As the Word Cup dawns upon us, club football returns one last time this week. Barcelona make the difficult trip to Pamplona to take on Osasuna and consolidate their newfound table-top position.

To say that Osasuna are one of the best teams in La Liga would not be an understatement. Jagoba Arrasate’s men have been in imperious form this term, winning seven of their eleven matches and scoring 23 points in their 13 games so far. They sit in fifth place on the table and are just one point behind Atletico Madrid.

What has been more impressive, however, is their defensive record. The Pamplona-based side have only conceded 12 goals in 13 games and even held off the mighty Real Madrid to a draw earlier this season.

Barcelona’s last visit to El Sadar ended in a draw. More interestingly, the Catalans have dropped points in three of their last five visits to the stadium, but can they come home with all three points tomorrow?

Late on Monday, the result at Vallecas sent shockwaves through Spain. Real Madrid’s league season had been close to perfect up until that point, for Los Blancos had only dropped four points in 13 games. However, Rayo Vallecano put an end to the Galacticos’ unbeaten streak by pulling off a well-deserved 3-2 win at home.

The implications of the result were massive, as it meant that Carlo Ancelotti’s men dropped to second place in the standings. Barcelona, despite losing to Real Madrid in El Clasico, now sit at the top of the table with a solid two-point cushion.

After suffering a traumatizing exit from the UEFA Champions League, returning to the pinnacle of the standings will be a massive mental boost for the Blaugranas. N

Not only is it a clear indication that they have the required level to win it all but also that their destiny lies in their own hands.

Moreover, heading into the long international break ahead of Real Madrid is a massive advantage, given that no one can predict the flow of the season after the World Cup.

Barcelona’s clash against Almeria at the weekend saw Gerard Pique’s final appearance at Spotify Camp Nou. He walked off the field to rousing applause, chants of his name and the love of his teammates as he soaked in the atmosphere of the Catalans stadium one final time as a player.

However, he could make one final appearance in the garnet-and-blue colours when Barcelona take on Osasuna midweek. Pique will no longer be a squad member when the Catalans return after the international break, making the game at El Sadar an emotional affair.

It remains to be seen if Xavi gives the captain a start in his final appearance or calls him off the bench for a ceremonial farewell. Moreover, the Spaniard may stay on the bench throughout the 90 to end the story of his career at Spotify Camp Nou.

If Pique starts on the bench, one would expect a centre-back pairing of Marcos Alonso and Andreas Christensen at El Sadar, given Eric Garcia is not fully fit. In the event of the legend starting, he would likely replace the former and play the ninety minutes alongside the Dane.

3. The biggest show on the planet

After a seemingly never-ending wait, the FIFA World Cup is finally upon us. Now, just one game stands between club football and the commencement of the games in Qatar.

Barcelona will not play again until January 2023. Their game against Osasuna will be their final match for 45 days, and no one can predict the situation that stands on the other side.

Injuries and fatigue are just two of the innumerable factors that will affect the second half of the season. A strong finish in Pamplona would go a long way in steering Barcelona’s chances.

Needless to say, the Blaugranes will look to end on a high before splitting up and joining their respective National Teams. Not only will it be a confidence booster for the players individually but also for the team as a unit.