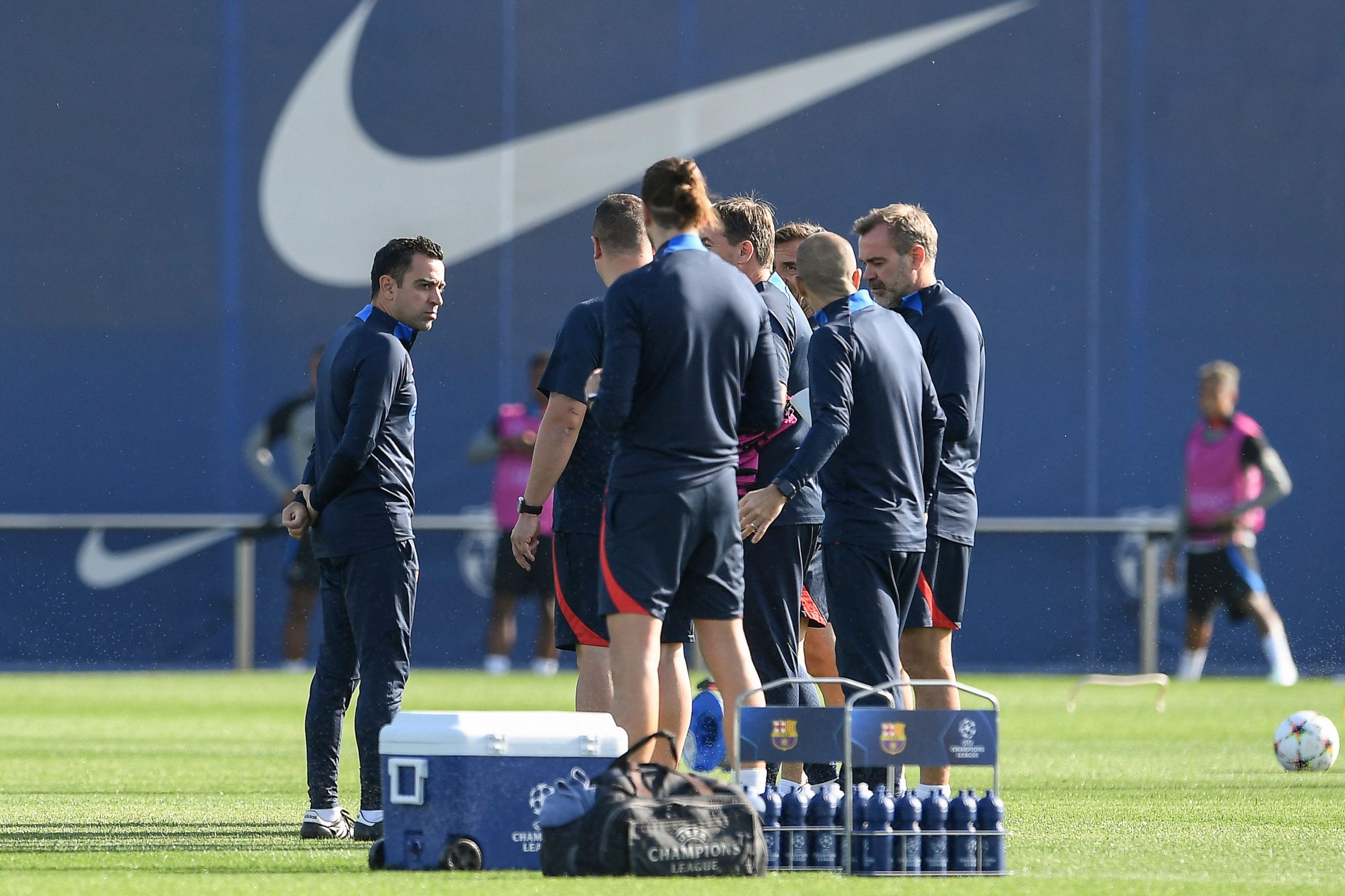 The UEFA Champions League has been a difficult road for Barcelona. If being drawn into the group of death was not harsh enough, the men in garnet and blue could not grab any points in their second group game against Bayern Munich despite being the better team on the field.

Just as they were about to face Inter Milan in two games over as many weeks, Xavi’s side lost the services of four first-choice defenders. The absence of Ronald Araujo and Jules Kounde crippled the Catalan backline and the rest is history.

Mathematically, there is still hope for Barcelona to qualify. The miracle will be possible only if Inter Milan drops points to Viktoria Plzen and Barcelona win both their upcoming games.

There is not much Xavi’s men can do other than give the last two games their all. As they take on Bayern Munich at Spotify Camp Nou tonight, the goal will be to seek revenge against the Bavarians and hope for a magical result in the other tie of the group.

Barça Universal brings you three talking points ahead of the gargantuan clash on Wednesday.

1. Riding on the high wave

The defeats to Inter Milan and Real Madrid may have been difficult pills to swallow for the team, but what stung harder was the fact that Barcelona seemed to have mentally lost the game even before kickoff. Just when it seemed like Barcelona had lost their natural game, Xavi turned things around in the league.

The Catalans’ last two games have been nothing short of breathtaking. They have been ruthless in attack, lethal in front of goal, and dominant from the first whistle until the very last.

The midweek win over Villarreal gave Cules a reason to cheer as Robert Lewandowski returned to his goalscoring best. Moreover, the midfield trio of Frenkie de Jong, Gavi and Pedri showed that they were capable of running the show independently.

Keeping that momentum high, the Azulgranas hosted Athletic Club on Sunday and once again blew their opposition away. A tactical masterclass by Xavi coupled with Ousmane Dembele’s wonder show sealed three points in their favour.

The positives are many heading into the clash against Bayern Munich. With all of Barcelona’s departments clicking perfectly after a while, they must be prepared to give the Bavarians a run for their money.

Barcelona and Bayern Munich faced each other in the second matchweek of the UEFA Champions League. The game at the Allianz Arena saw the hosts come out on top, but the result masked the truth of the matter.

For most of the ninety minutes, Barcelona outplayed their opponents and put them under a mountain of pressure. It would not be an overstatement to say that Xavi’s men should have been up by at least three goals in the first half.

Yet, as football has it, the German side required just two precise counter-attacks to break the deadlock and take over. Resilient defending from there on helped them get full points.

Heading into the reverse fixture, the circumstances are dramatically different. While Bayern Munich have sealed their qualification, Barcelona are on the verge of crashing out of the competition.

With their relegation to the Europa League almost written in stone, the Catalans must use the opportunity to prove to the world that they belong amongst the elite. Simply put, they need to announce to the world that their elimination is not for a lack of quality but a concoction of unfortunate events.

All eyes were on Robert Lewandowski when the two sides met earlier this season. It was a special game for the Pole as he took the field against the club where he spent the best years of his career.

However, his happiness at Allianz Arena was short-lived on the night. The striker had a horrendous night in front of goal, missing close to three clear chances just in the opening period. He had three shots blocked, two shots off target, and just 46 touches in the ninety minutes.

Lewandowski will have another chance to set the scores even on Wednesday, and he must make the most of it this time around. His job will be made easier given that Manuel Neuer is unavailable for the clash at Spotify Camp Nou.

The last two games have seen the former Bayern Munich player return to his best and score three goals in just 140 minutes. One hopes that he can carry his great form into the clash tomorrow and make a resounding statement.