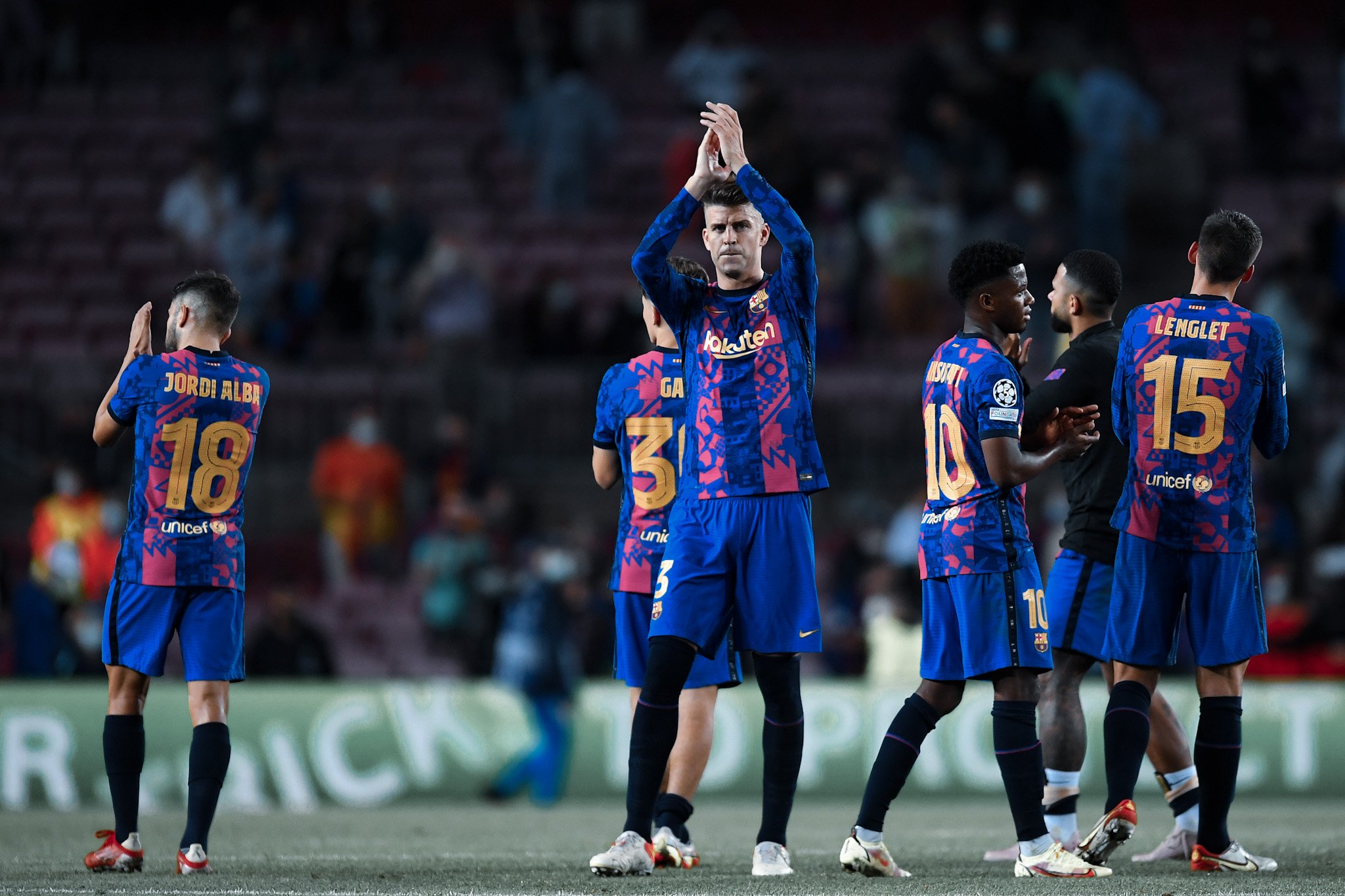 Barcelona headed into the clash against Dynamo Kyiv with three must-win points on the line. The hosts accomplished their mission and in the process, scored their first UCL goal of the season too.

The game was largely dominated by the Catalans, with the visitors only threatening on the occasional counter. While Barcelona created plenty of chances, the game was on a knife’s edge until full-time given the thin lead. Here are the major takeaways from the game.

During the announcement of Luuk de Jong’s signing on loan from Sevilla, Ronald Koeman claimed the Dutchman to be superior to Neymar when it came to heading. While the fact may be true, the striker has failed to impress both on the ground and in the air for Barcelona.

In his 45 minutes on the night, the forward managed only 21 touches of the ball. He missed clear-cut chances one after the other, squandering any hopes of the Blaugranas pulling ahead in the early minutes.

His headers were sub-par, and quite frankly, well off target on most occasions. De Jong missed two big chances while also missing the target thrice. His only shot on target came from a shot from outside the box which was comfortably saved.

This is very similar to his other performances this season. The Dutch international has failed to provide the cutting edge in front of goal. With Kun Aguero back in the side, Luuk de Jong will undoubtedly see a diminished role.

2. The Captains step up

Despite having the young legs of Gavi, Frenkie de Jong, Memphis Depay, Oscar Mingueza, and Sergino Dest on the night, Barcelona’s only goal boiled down to a splendid combination between two veterans.

Barcelona created chances aplenty, but could not put them away with ease. The spell was eventually broken via a gorgeous ball over the defence from Jordi Alba. The cross found itself at the legs of Gerard Pique, who volleyed the ball into the back of the net.

Needless to say, the captains stepped up their game when it mattered. Apart from his goal, Pique produced a masterclass in defence with four clearances, two shots blocked, and two interceptions. He also won six aerial duels and two ground duels. The Spaniard was heavily involved in the buildup and recorded a whopping 119 touches on the night.

Jordi Alba recorded the second-highest number of touches in the game at 114. While his biggest contribution was undeniably the assist, he had a spectacular performance even apart from that. The Man of the Match produced three key passes and created two big chances during the ninety minutes.

Pique and Alba may have grabbed the limelight, but not enough can be said of Sergio Busquets’ vital role on the night. The midfielder kept Kyiv attacks at bay and held the Catalan fortress gloriously. It was a complete performance from the three captains and a clear instance of leading by example.

3. Ansu Fati is a star, but still a growing one

Ansu Fati’s performance on the night does not warrant criticism but is a clear indication that he has much to learn. The 18-year-old lit up the game after coming in at half-time. With his introduction, the sparks in attack began to fly. All of a sudden, Barcelona were creating more dangerous attacks and threatening at extending their lead.

Yet, the youngster slowly but surely faded out of the game eventually. While his impact was undeniably powerful in his first 20 minutes, Fati could not keep up the spirit for longer.

The Spaniard has shown his ridiculously good finishing multiple times, even at the weekend against Valencia. However, he is far from complete and still needs to learn a trick or two.

A clear indication of the same was his glorious chance at the beginning of the second half. After a brief scramble in the box, Memphis Depay won the ball and laid it to Fati who was directly up against the goalkeeper. When a single touch, turn and finish could have sealed the deal, Fati attempted an outrageous over the head-kick that was too ambitious.

Nevertheless, he is still just 18 years old. He still has a whole career to mend his minute flaws and moult into a complete player. His good form comes as great news for Barcelona ahead of the Clasico.