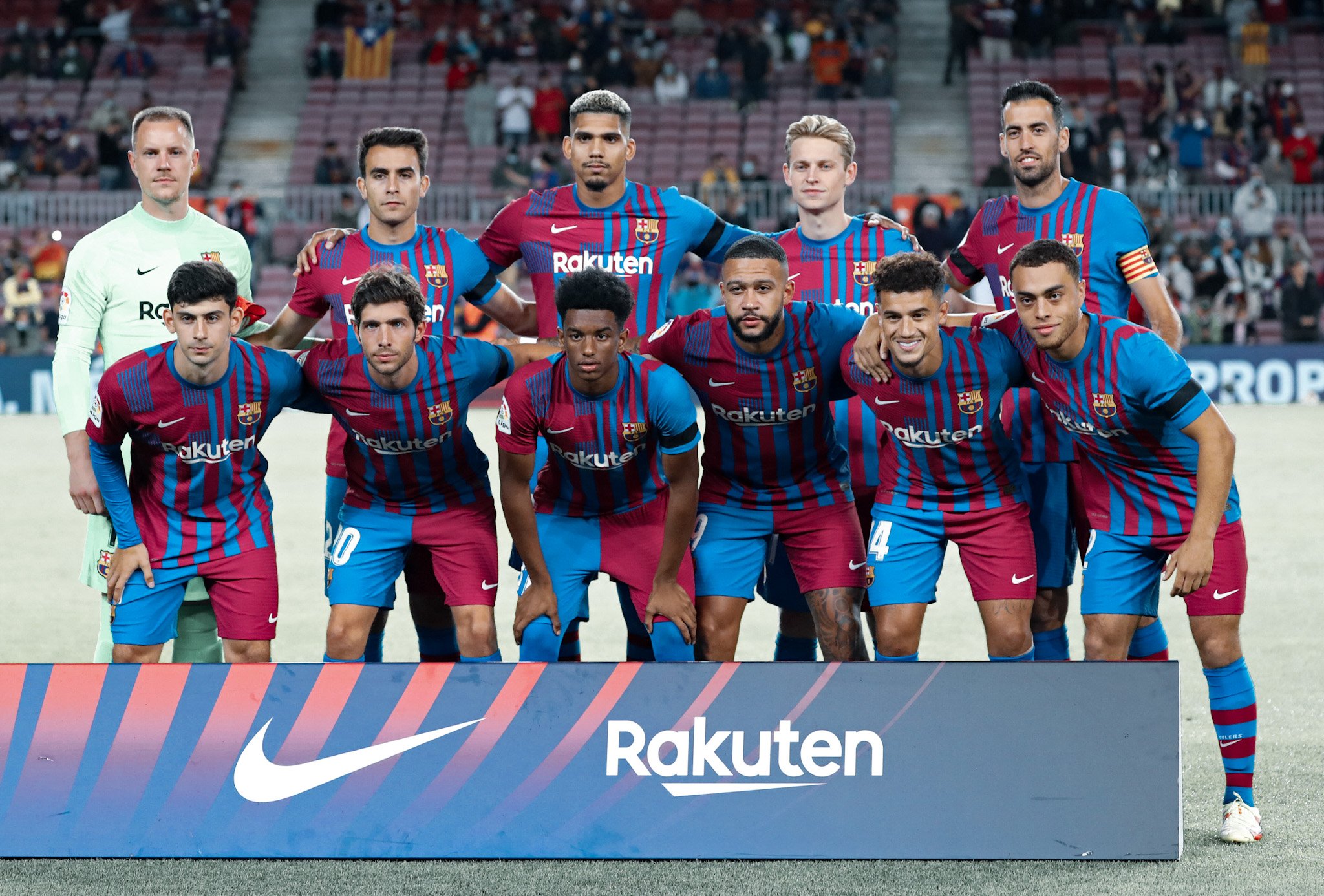 If the draw to Athletic Bilbao and the defeat at the hands of Bayern Munich were not enough to put Ronald Koeman under pressure, the Catalan’s draw against Granada will not help the manager’s cause.

The Dutchman’s dismissal has been journalists’ favourite topic over the past week, and speculation of his sacking will now completely take over the headlines of Spanish media outlets.

Barcelona’s performance against Diego Martinez’s side was shocking. The injuries and lack of key players like Jordi Alba, Pedri, Ansu Fati and Ousmane Dembele undoubtedly has put the Catalans in a difficult situation.

However, the approach adopted by the team and some decisions taken by the manager were mind-boggling. Here are three takeaways from Barcelona 1-1 Granada.

1. Crosses as the newfound weapon

When Barcelona signed Luuk de Jong on the manager’s request, Koeman told the press that the Dutch forward was more clinical than even Neymar in the air. This should have been Cules’ first clue about the changing trend.

It was evident against Bayern Munich, and once again in Monday’s clash at the Camp Nou that Barcelona now relies more on crosses than ever before.

Crosses and headers have never been a part of the traditional Cruyffian or Barcelona style of football. However, the mass exodus of players in the summer has left the forward line as a very off mix of players, and it seems like the new strategy is Koeman’s attempt to tie them together.

Moreover, without the dribbling of Lionel Messi or the off-the-ball movements of Antoine Griezmann, the Blaugrana are finding it harder than ever to break down opposition defences. The easiest solution seems to be to bypass the defensive line by sending in aerial balls, and this is the approach seen in the past two games.

Yet, the manager’s decisions were confusing on the night. The side was peppering in crosses in the first half too when the forward line had no great header of the ball.

Much like in the last game, the youngsters in the side stole the limelight against Granada. Pedri is usually the first name to be mentioned, however, the 18-year-old missed the game through injury. The hosts did miss their star midfielder, and the drop in control in the middle of the park was conspicuous.

However, the young defensive partnership of Ronald Araujo and Eric Garcia did well, though the latter did have his moments of madness. Araujo, on the other hand, played one of the most complete ninety minutes that football has seen.

The Uruguayan was a constant threat to the Granada goal with a whopping five shots taken, of which three were on target. He got the equaliser for his club at the last minute, and his celebration spoke volumes about his love for the team. He also won 10 out of 12 aerial duels, made two clearances, an interception and a sensational dribble on the right-wing.

Gavi too deserves a mention, for he has had a phenomenal start to the season. The youngster came on at the hour mark and again delivered a promising cameo. He created one big chance, made a key pass that was the assist to Araujo’s equaliser. Riqui Puig too finally received his first minutes of the season, while Mingueza shone on the right flank as a fullback.

3. The countable options in attack

Gerard Pique’s love affair with an attacking role has been known for years now. He has been a constant figure in the opposition box over the years, especially in the dying minutes of the game.

However, this game saw something no Barcelona fan ever thought was realistically possible. In the 75th minute, Koeman brought on Gerard Pique for Yusuf Demir, not to change to a three-man backline but to play the defender as a centre-forward.

As the game progressed, Ronald Araujo too was asked to join forces in attack and play as a permanent target man.

The injuries have put the club in a very difficult position. It is one of the reasons why the manager decided to switch to a crossing tactic and deploy more target-men.

The depth of a squad is usually a precise indicator of how they fare during the year. That said, Barcelona’s year does not look promising.

Just weeks into the new term, the Catalans are already handicapped in the forward department, so much so that centre-backs are playing as centre-forwards. It remains to be seen how the dynamics change as the other forwards slowly returns.