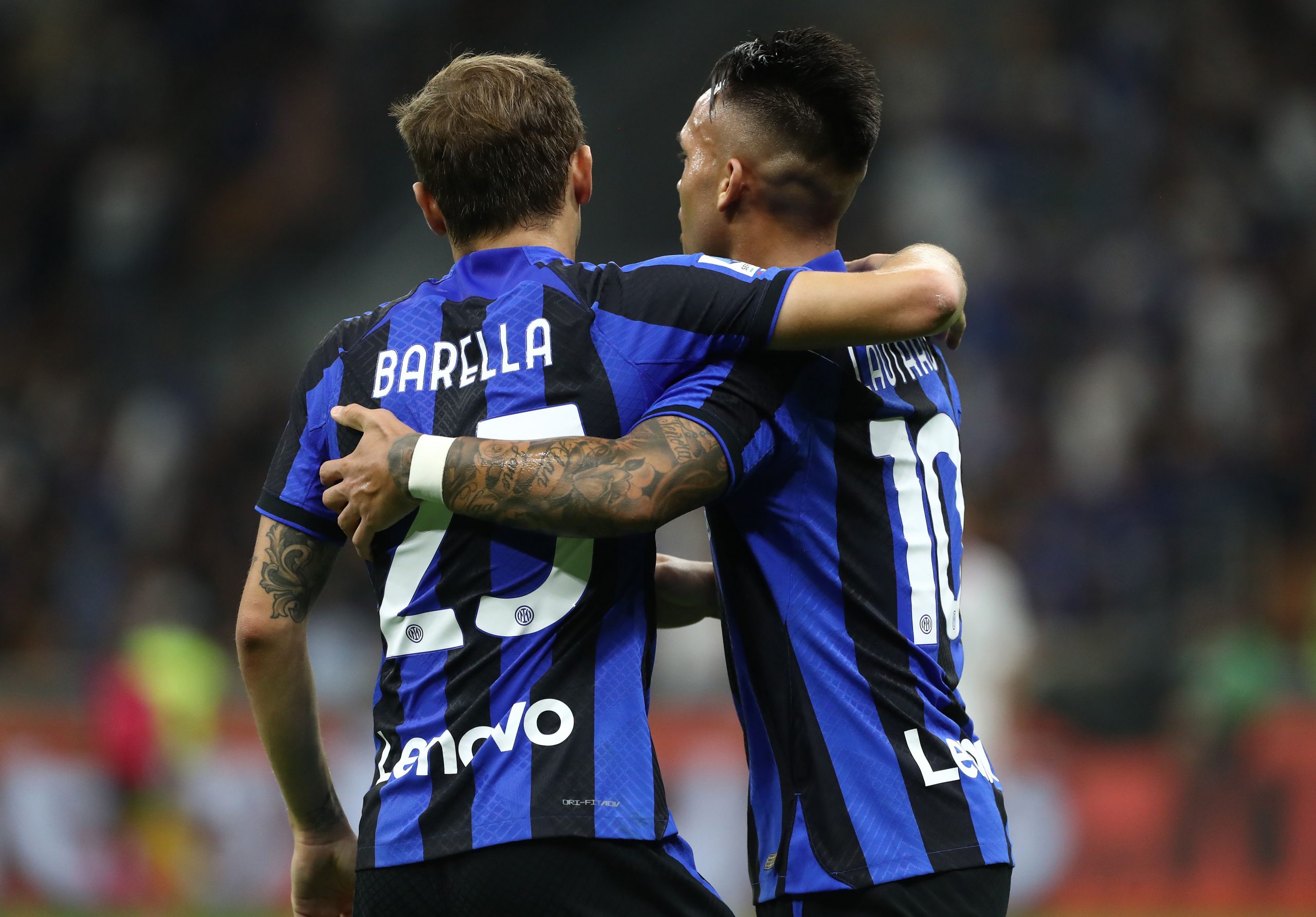 Inter Milan will play hosts to FC Barcelona in a clash of the heavyweights on the third matchday of the 2022/23 UEFA Champions League in a matter of few hours.

The Nerazzurri enter the game on the back of a poor run of form, having lost four of their last six matches (W2) and are under tremendous pressure to turn things around.

Meanwhile, Barcelona have lost just one game across competitions this season, although that came in the Champions League versus Bayern Munich. With the German champions well-positioned to top Group C, Barça and Inter will have to lock horns for the runners up spot.

The Italian outfit’s manager has already put the visitors as the favourite for this tie, but his side, albeit in poor form, boasts of some very impressive personnel. In particular, Barcelona must be vary of these three players for the game tonight:

In the absence of Romelu Lukaku, Lautaro Martinez was Inter’s go-to man last season. He was, in his own way, a big fish in a small pond, scoring 21 goals in the league, eight more than second-best Edin Dzeko.

He has been far from his best this season, though, with just three goals in eight appearances.

Despite that, he is undoubtedly one of the most threatening strikers in Europe, with the capacity to do damage in multiple ways. The Argentine is a clinical finisher, has a penetrating final ball, and can work around the tightest of low-blocks with his footwork.

He will be motivated to turn around his season tomorrow, and Xavi will hope Eric Garcia, Andreas Christensen, among others are up to the task of stopping him.

One of the finest central midfielders in all of Europe, Nicolo Barella headlines every single attack Inter create.

He has three assists and two goals to his name already this season, and averages two chances created per game. Stopping him will be key to halting Inter as a whole, pretty much.

The Italian is not only an expert passer, creator, and anchor, but he is also a master presser, and could decompose Barça’s midfield. Sergio Busquets, in particular, will have to be careful about every step he takes, sandwiched between Barella and Lautaro.

Milan Skriniar will lead Inter’s defence tonight, likely playing on the right side of the back-three. The Slovakian is a tough defender, who mixes old-school grit with the modern expertise of ball-playing from deep.

On his day, Skriniar can lock up the best of forwards, and tonight, he will face one or both of Ousmane Dembele and Raphinha. His individual battle against the former, especially, can decide the narrative of the game.

On the other side of things, Dembele and/or Raphinha will have to make sure he does not give the Inter defender an ounce of time on the ball. With the clock in his side, Skriniar can single-handedly launch counter-attacks with long balls.