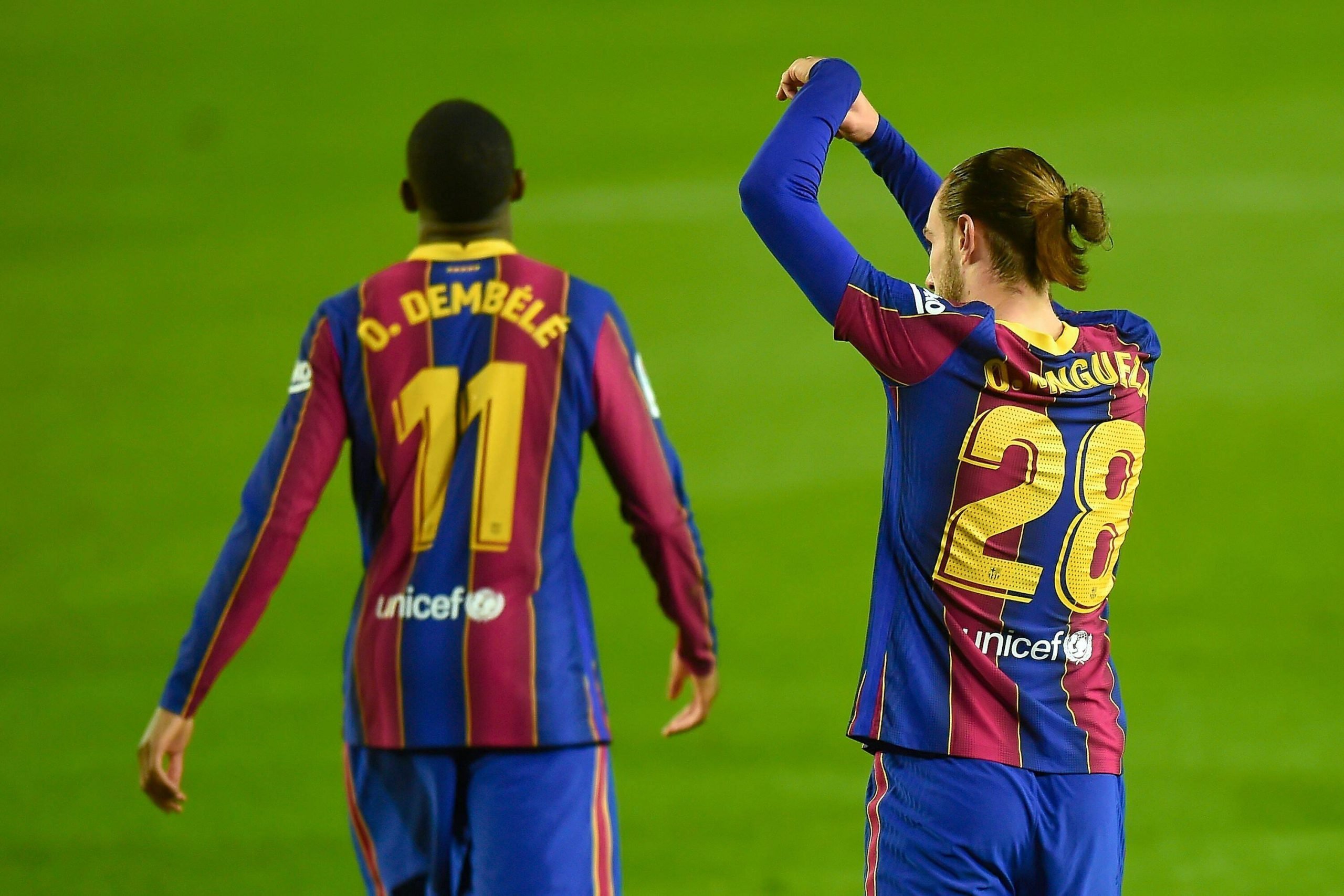 Contract renewals are the subject of extensive talk within FC Barcelona currently. This season, many new players have broken through and climbed up the ranks, showing the need for Barcelona to tie them down to bigger, more long-term deals.

Today’s edition of SPORT highlights that Barcelona are now working on contract renewals for three players in the upcoming weeks. Under coach Ronald Koeman, Oscar Mingueza, Ilaix Moriba and Ousmane Dembele have all managed to reach new heights.

The Barcelona B youngsters have done especially well in their debut seasons. Oscar Mingueza has been stellar defensively, after stepping into the fray in key defenders’ absences such as Gerard Pique. Ilaix on the other hand has also slowly begun to establish himself as a regular first-teamer with brilliant performances that are way beyond his age of 18.

Ousmane Dembele, who has largely struggled for form and fitness since arriving at Barcelona from Borussia Dortmund, also looks much sharper and in better shape than ever. He is considered by many, including president Joan Laporta, as a key piece in Barcelona’s future.

According to the outlet, the academy youngsters are already in advanced stages in their renewal discussions. They will be tied down to four year contracts. Ilaix Moriba’s deal will come into effect once he is officially promoted to the first team next season.

It is believed that Dembele is also open to hearing proposals and that negotiations will begin soon for the Frenchman. At just 23, he is beginning to show glimpses of his true ability and Barcelona will want to keep hold of him for the foreseeable future.

Alongside these three of course, there is also the massive question of Lionel Messi’s contract renewal, which is seemingly the most complicated. Time will tell just how many of the deals go through.