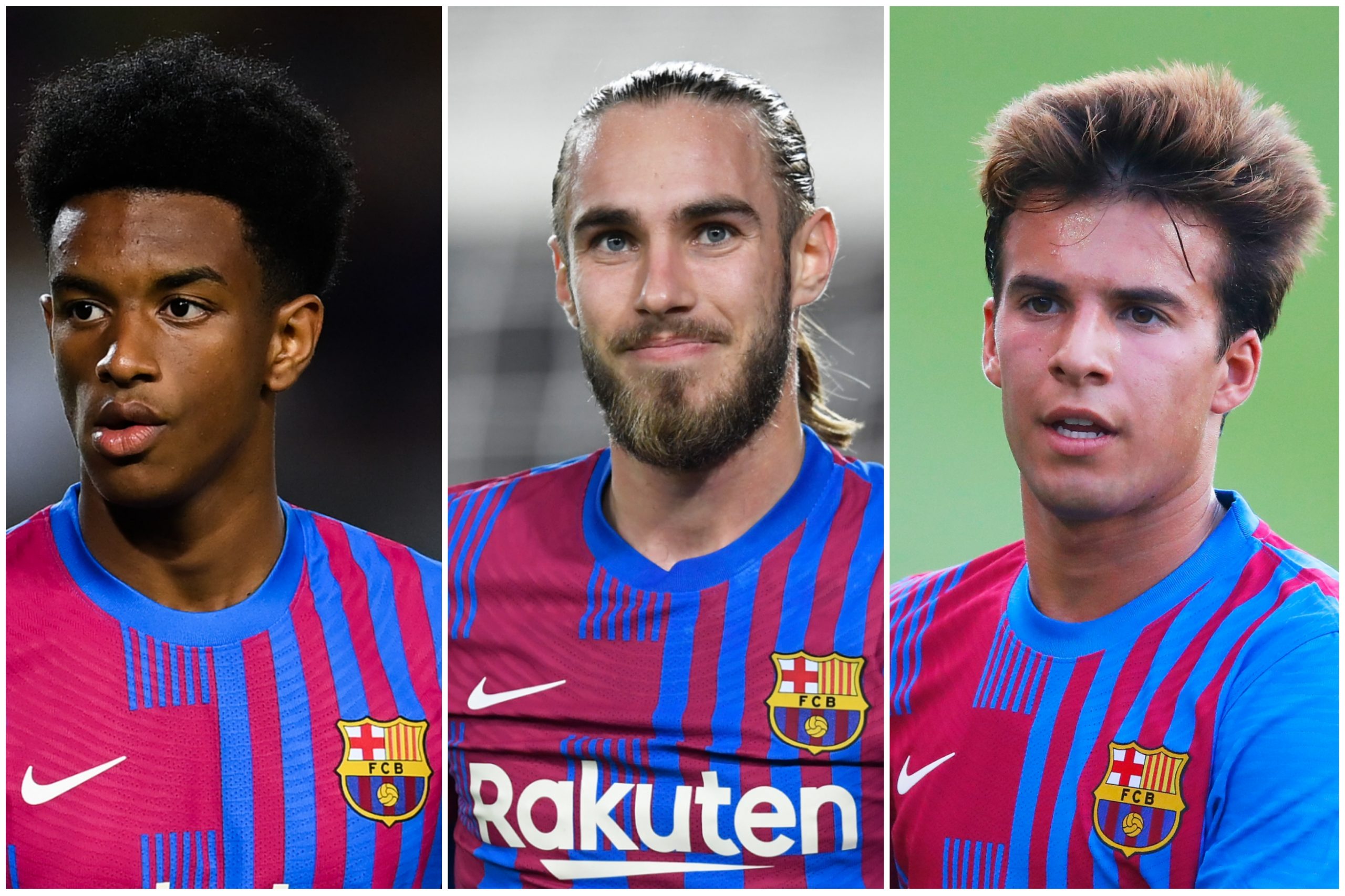 Primeira Liga side Benfica are ready to negotiate terms with Barcelona for their 26-year-old left-back Alex Grimaldo, claims a report from Spanish news outlet SPORT. The source also mentions that the Portuguese side is keeping close tabs on Oscar Mingueza, Riqui Puig and even Alex Balde and might demand the players in return.

It’s no secret that Barcelona are actively pursuing a left-back this month and with negotiations with Nicolas Tagliafico hitting rock bottom, the Catalan club is forced to look for alternatives. it seems their former youth player, Grimaldo, has done enough to warrant an interest.

According to reports, Grimaldo’s name was proposed several weeks ago when Barcelona were, in fact, chasing Jose Gaya. But with the Valencia captain now edging closer to signing a new contract, the Catalan club has decided to step back and assess their options instead.

Plan B, in that case, was Ajax’s Nicolas Tagliafico, but settling on a middle ground with the Dutch team is proving to be the hindrance. It is said that although Ajax are ready to listen to offers, manager Erik ten Hag has denied all possibilities of a potential sale. Moreover, even if he agrees, Ajax want a permanent transfer right away while Barcelona are only interested in a short term contract.

Xavi is apparently a huge admirer of Grimaldo and the 26-year-old was also considered back in June before the club moved its attention towards Gaya.

As things stand, Benfica are ready to release Grimaldo on loan but want to insert a mandatory purchase option as well. The deal is being discussed as of today, but there is no agreement on the price of the transfer.

Benfica and Barcelona enjoy a great working relationship. They showed strong interest in signing Samuel Umtiti on loan, but their offer, unfortunately, was too low and even the player did not want to leave either. In turn, they have now expressed their interest in Mingueza, Puig and Balde instead.

All of it is being discussed by the two teams and one can expect a positive outcome before the end of the transfer window.