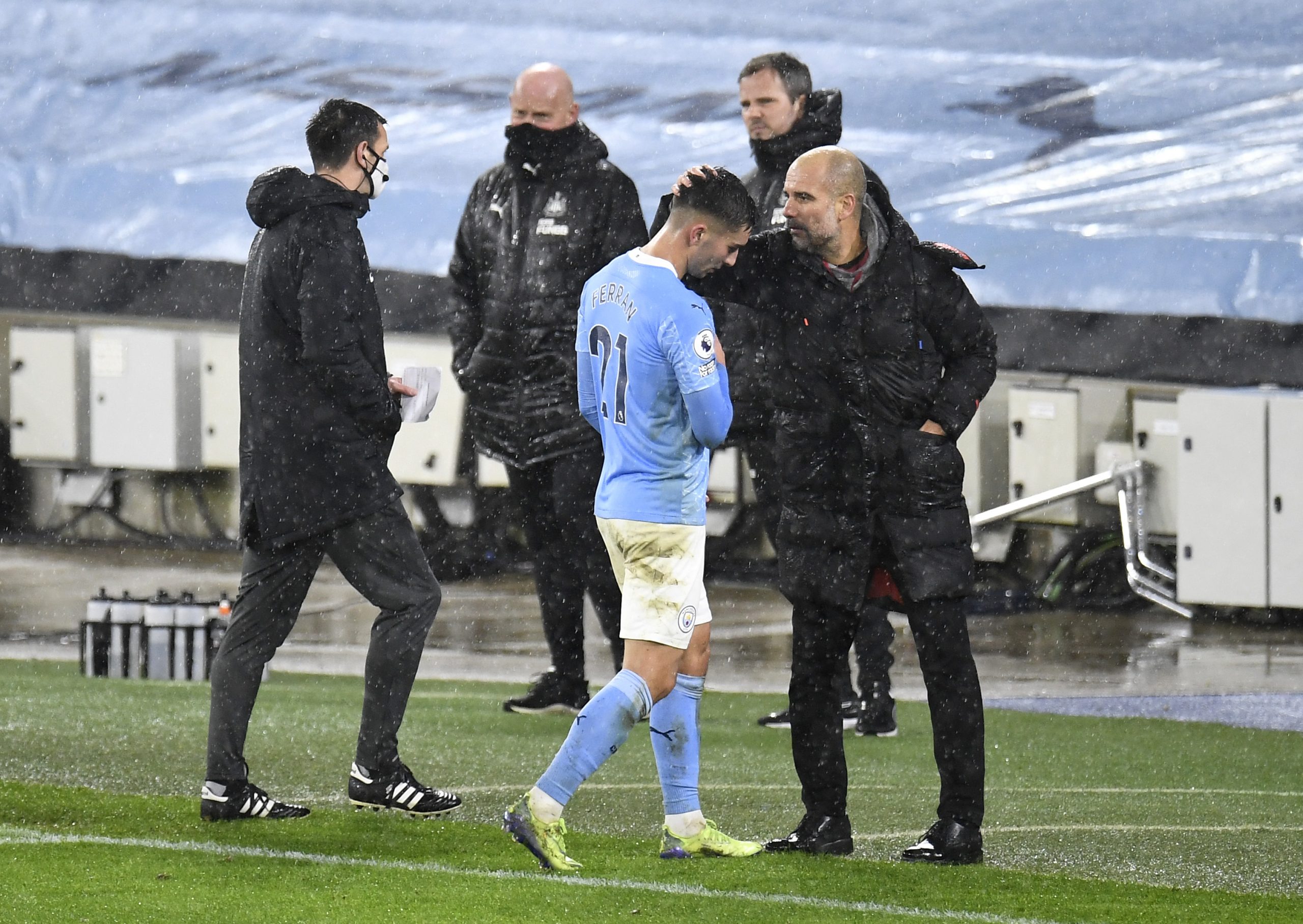 Barcelona have, apparently, wrappe up their first big signing of the Joan Laporta-era, as Fabrizio Romano gave his ‘here we go’ for Ferran Torres. The deal had been in the works for months, and it seems Barça and Manchester City have finally come to an agreement for the transfer fee — €65 million including add-ons.

Naturally, Pep Guardiola was inquired about the deal ahead of Man City vs Leicester City as he sat for his press conference. Since the deal has not been announced officially, Pep tried to stay as diplomatic as he could.

“It’s not done officially. I know they are negotiating, it’s close, that’s all. When the club announces, it’s done.”

Guardiola also talked about Barcelona (and Real Madrid’s) pull power, and how it’s difficult to retain players when either of them come calling.

“If Barcelona and Real Madrid want a player, it’s difficult to say no; they are the strongest teams in the world. Ferran is from Spain, Barcelona want him, he said he wants to leave, I said leave. I called Txiki, his agent makes a deal. I hear the deal is close.”

He went on to make his stance on players who want to leave the club.

“If you are not happy, you have to leave. We’re not a club like other teams, where when you want to leave, the CEO and president say ‘no’. If Ferran wants to go to Barcelona, absolutely no problem — I’m happy for him.”

Torres, currently injured, is set to join Barcelona in the winter transfer window for €55 million + €10 million in bonuses. He will make his return mid-January, and could be an incredible asset as the club eyes the Europa League trophy.