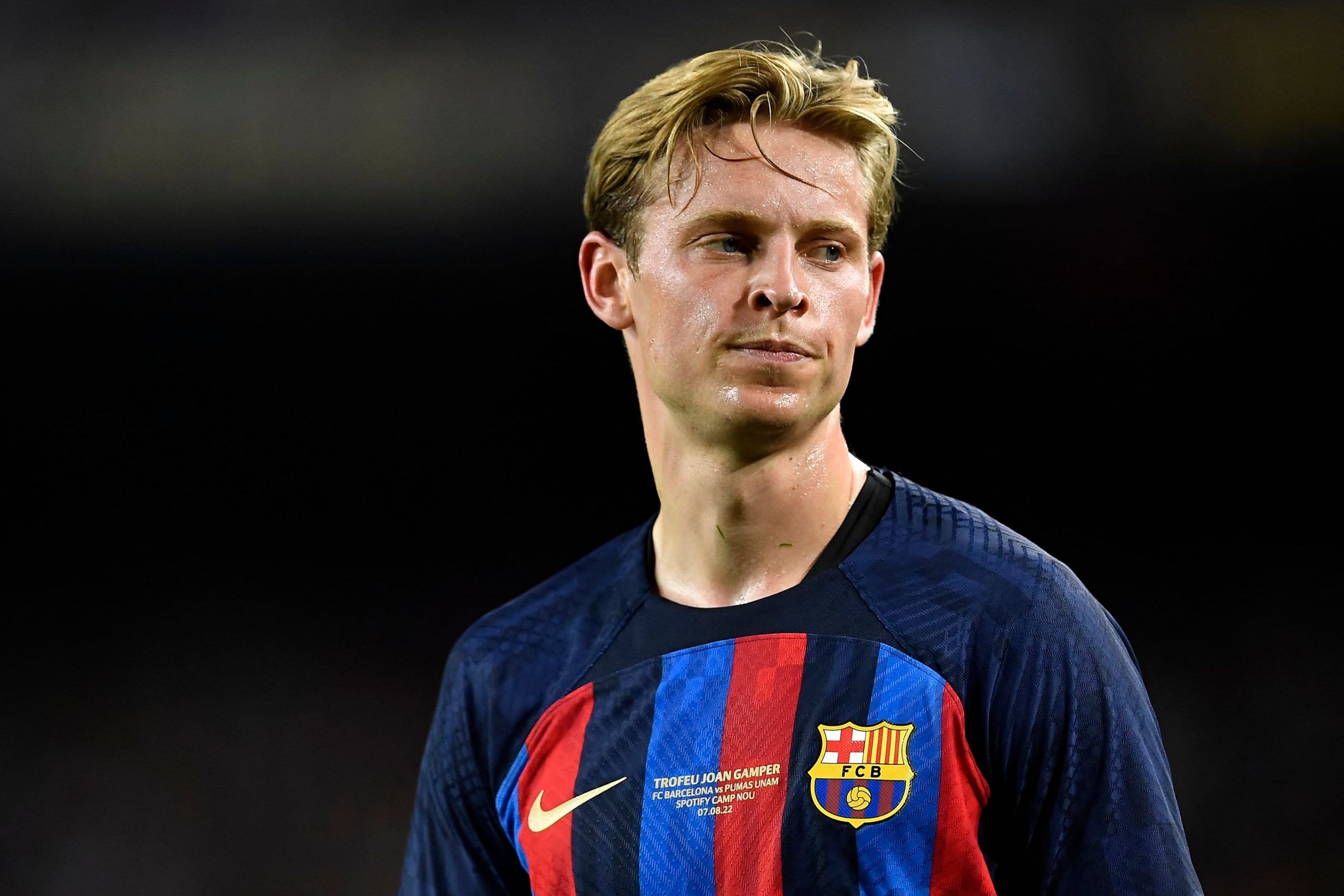 Barcelona’s efforts to get Frenkie de Jong to reduce his salary have taken a dark turn as the Blaugrana are threatening the midfielder with legal action, citing that his contract renewal in 2020 under the previous board was illegal.

De Jong had penned a new deal in October 2020 wherein he agreed to forego a large part of his wages due to the club’s financial position but was handed a big raise for the latter years of his deal by then-president Josep Maria Bartomeu.

Barcelona, who are now trying to cut their wage bill in order to register their new players, deem the contract extensions handed out to de Jong, along with Marc-Andre ter Stegen and Clement Lenglet as invalid, claiming that criminal elements were involved in the process.

Now, Mundo Deportivo has come out with a report which details the response from de Jong and his camp amidst the developing situation.

Despite the club’s actions, de Jong still wants to stay put at Barça and fulfil his contract that runs until 2026, even though he has the option of joining Manchester United or Chelsea this summer.

However, the midfielder is said to be very disappointed with the club for the treatment being meted out to him, as he believes that Barça are extorting him to force him to agree to a downward renewal.

The Dutchman’s lawyers are currently studying the club’s actions in detail while his representatives have notified player associations like AFE (Association of Spanish Soccer Players), FIFPro and La Liga about the situation.

De Jong is shocked that his own club are trying to smear his public image by going to great lengths in an effort to get him to lower his wages after he refused to leave the club when they put him up for sale.

Despite the pressure tactics and the threat of legal action, the report states that the Netherlands international has no intention of giving in. It is stated that there is a 0.00% chance of de Jong renegotiating his current contract with Barcelona.

Even though the situation is blowing up, de Jong is believed to be strong mentally and is focused on the upcoming La Liga game against Rayo Vallecano this weekend.