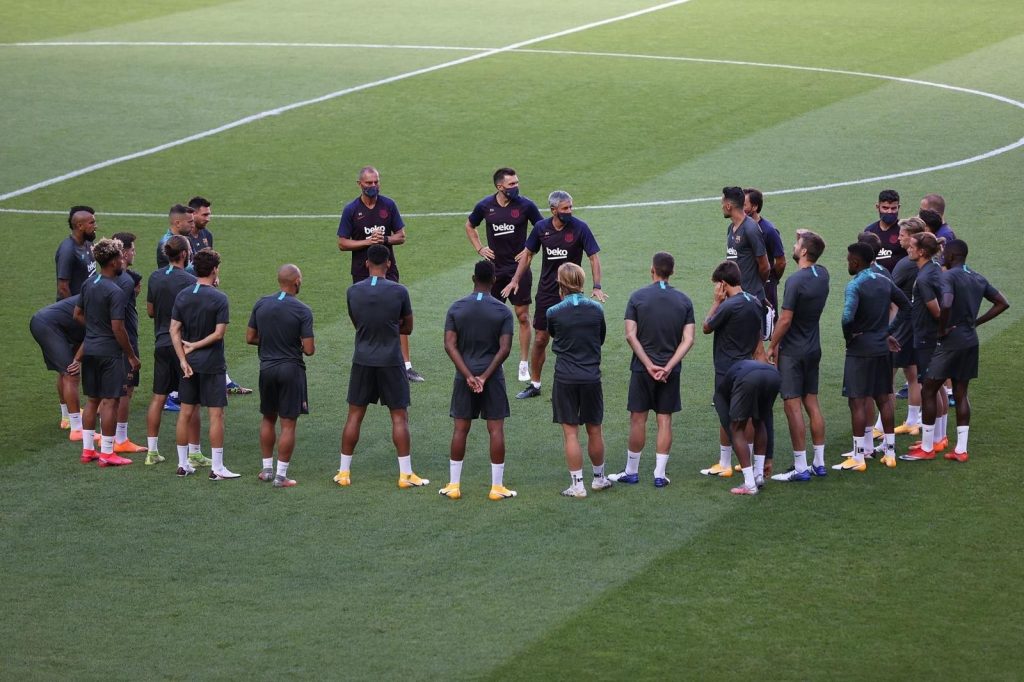 Following the 2-8 disaster against Bayern Munich in Lisbon, the Barcelona dressing room immediately calls for changes. The players completely lost faith in the board and do not believe that the management is capable of rebuilding the squad next summer.

Lionel Messi is very clear about his demands and has pointed towards these earlier too (after losing La Liga to Real Madrid): Dismissal of the coach, early elections, and cleaning in the dressing room.

The heavyweights know that if they do not renew, things will get complicated for president Bartomeu. The team demands elections this year, and they are very clear: either big changes are made, or they leave.

Every year since 2016, Barcelona is going through disasters in the Champions League. The team calls for big changes, and Bartomeu himself told yesterday after the game that “changes will be made”. However, whether that includes his resignation or early elections, remains unknown. The players think that the problems at the club are beyond the players and coaches, referring to the management.

Even a young talent like Frenkie De Jong pointed towards changes: “I am not on the board, I do not make the decisions, but it is clear that something has to change. Not just one thing, because there are a lot of problems. But we already knew that before this game.”, said the Dutchman.

The Barça board will meet on Monday morning where big decisions will be made. It is expected that Quique Setién’s dismissal will be announced very soon. Mauricio Pochettino is the biggest candidate to take over from the Cantabrian coach.