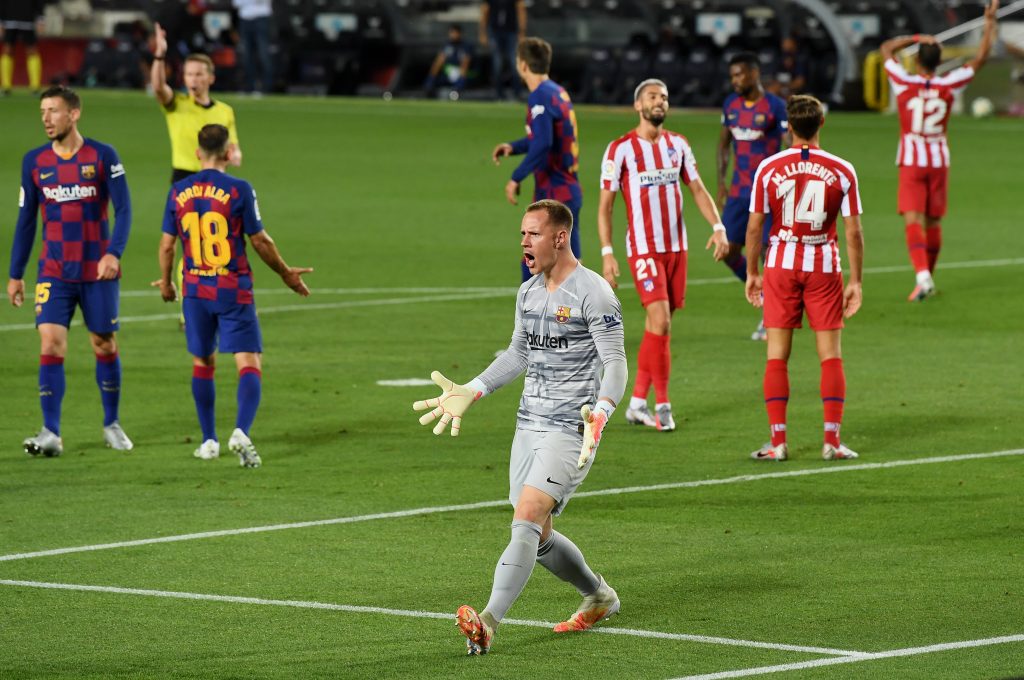 Marc-André Ter Stegen posted a motivation message on Twitter earlier today. Despite the fact that there are only three games left in La Liga and Real Madrid has to drop 4 points, the German goalkeeper still believes that everything can happen.

“One week of La Liga left and anything is possible. Força Barça!”, tweeted Ter Stegen.

One week of La Liga left and anything is possible. Força Barça! pic.twitter.com/htsNJDnAdM

The German goalkeeper reached 100 clean sheets with Barcelona yesterday against Valladolid in which his team won 1-0. So far, Ter Stegen has played in 233 games for Barça, in which he has conceded 211 goals. Interestingly, the 28-year-old also has two assists on his name.

Barcelona needs to win both of the last matches; on Thursday against Osasuna, and on Sunday against Alavés. Afterward, the only thing the Catalan club can do is hope that Real Madrid will drop points.