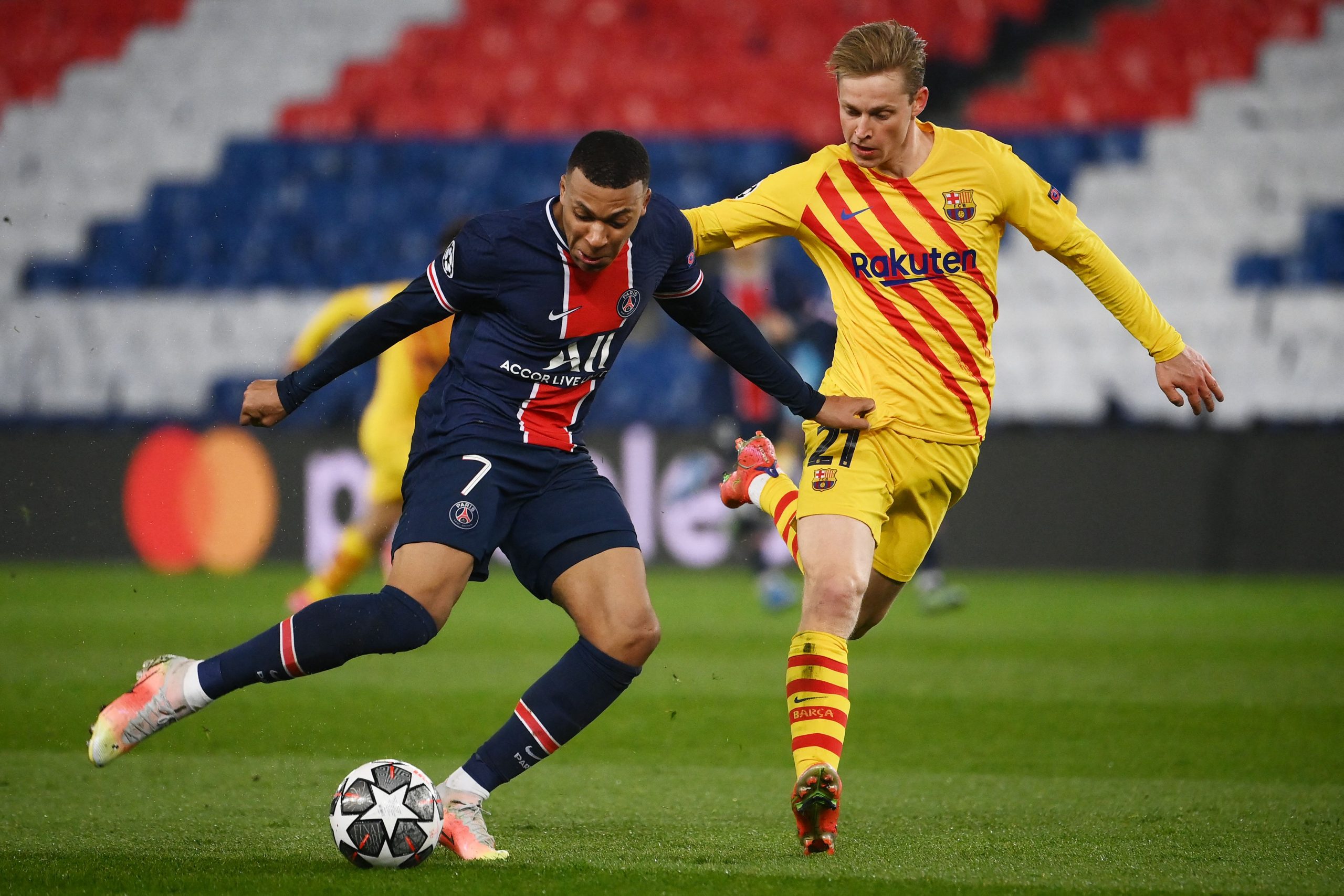 According to reports from journalist Hadrien Grenier of Le Parisien, Barcelona’s key man in midfield Frenkie de Jong has the desire to play alongside Kylian Mbappe at Paris Saint-Germain in a rather unexpected fashion.

The Kylian Mbappe to Real Madrid transfer saga, which has been one of the highest-profile bits of business in recent times was a major talking point across the football world.

It took a very unexpected turn yesterday, as Mbappe decided to snub Madrid and sign a bumper new three-year deal with PSG. Meanwhile, Frenkie de Jong has been linked to a move away from Barcelona in recent weeks.

This news is rather surprising, as de Jong has primarily been on Manchester United’s radar, with Barcelona considering selling him for an offer reportedly close to 80 million euros.

Many other sources have been reporting that de Jong wants to stay at Barcelona, and Xavi Hernandez wants to keep the Dutch midfielder as well, as he is a key player and an integral part of the club’s project.

However, Xavi is well aware of the financial complications that are throwing a spanner in the works regarding the club’s dealings in the transfer market. If a lucrative enough offer were to come in, it seems like Barcelona would sell de Jong.

PSG are naturally a big player in the market due to their virtually unlimited resources, but after the contract they have offered Mbappe, there are also formal protests against them regarding possible breaches of Financial Fair Play regulations.

Frenkie de Jong’s signing fee and wage will be very difficult to sort out – if not impossible.

As of now, there does not seem to be much movement on that front, even if the unsubstantiated rumours of de Jong wanting to play alongside Mbappe – and even former teammate Lionel Messi – are true.