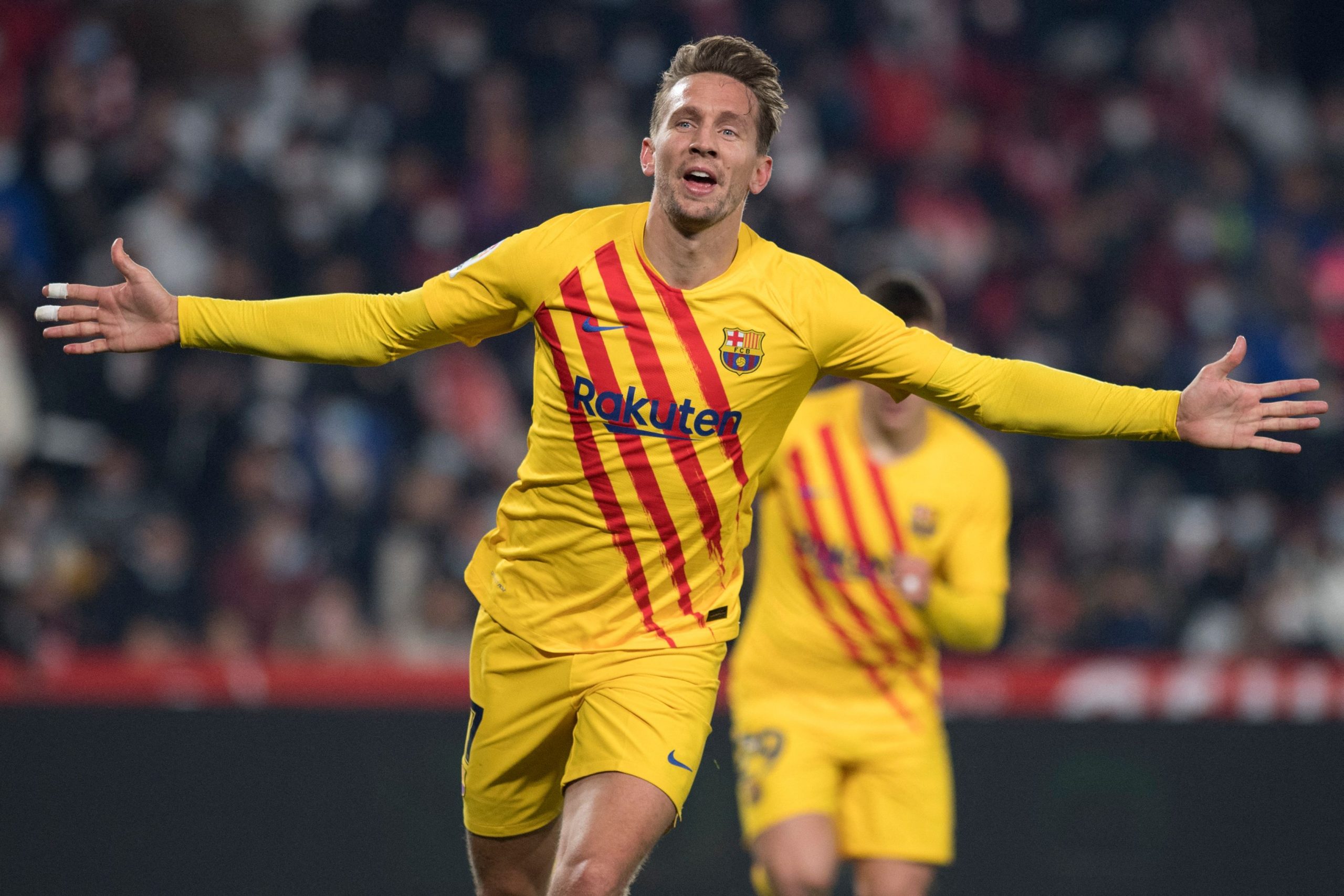 Having been at the threshold of an exit from Barcelona, Luuk de Jong has suddenly become the most in-form player for the Catalans since the turn of the year.

The Dutchman was brought in on the summer transfer deadline day from Sevilla on a season-long loan deal with an option to make the signing permanent. However, after a string of unconvincing displays in the first half of the campaign, it was expected that the striker’s spell at Camp Nou would be cut short.

Indeed, there had been a three-way agreement between Barcelona, Sevilla and Cadiz for the 31-year-old to join the latter on loan for the rest of the season.

However, things have taken a drastic turn over the past couple of weeks. Having scored the match-winner against RCD Mallorca in the first game of 2022, Luuk de Jong found the back of the net in the 1-1 draw against Granada and was again on target in the Spanish Supercup semi-finals versus Real Madrid.

His current hot streak in front of goal, his commitment and his work ethic have seemingly convinced manager Xavi Hernandez not to end his loan spell prematurely, reports El Nacional.

Given the dearth of options in the No. 9 role, the Barça head coach is seriously considering keeping hold of the former PSV Eindhoven striker at Camp Nou for the rest of the season.

However, at the same time, Sevilla are now keen on re-signing their centre-forward should the Blaugrana terminate the loan agreement. Los Nervionenses had shown no interest in bringing the Netherlands international back to the club, but his recent form has convinced Monchi that he still has something to offer to the team.

A return, though, would require Barcelona to end the loan agreement, which, as things stand, Xavi seems reluctant to do.