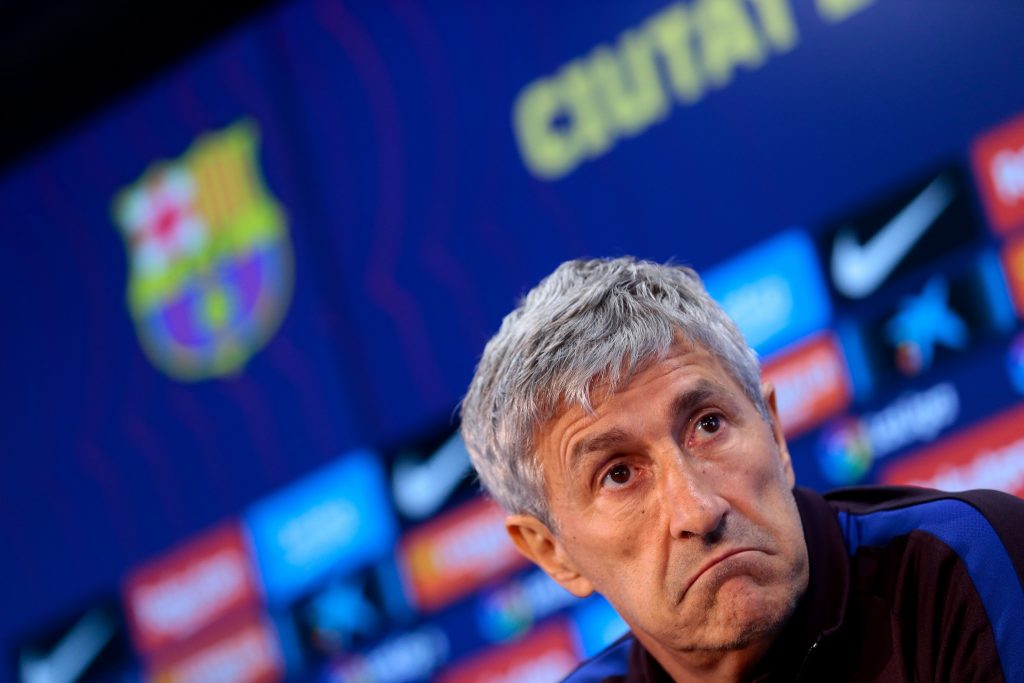 Barcelona coach Quique Setién has spoken in the press conference ahead of the last La Liga game of the season against Deportivo Alavés. The manager explained that he “agrees with Messi’s” recent words in which the Argentine claimed that if they want to succeed, things need to change, and that things have been going wrong for a long time at Barcelona now.

On the Champions League:

“We will prepare for the UCL. If we play well tomorrow, we can reinforce our mental strength. If we play the way we did against Villarreal, we’ll have a chance of winning the Champions League. The truth is, we have also played well in some games, which could help us in the UCL. But we need to be more consistent.”

“We have an important competition coming up. Leo’s words are results of the situation we’re in. It happens, and I don’t feel attacked. We need a break to return to what we were. In fact, Messi is right. If we play badly, like we have done in the last few games, then we won’t succeed.”

On the current situation:

“You cannot convince me that the situation is disastrous. We deserved to win in many games that slipped out of our hand. We have to improve, but you have to notice the things that have changed. Despite the current state of affairs, I will continue to enjoy every moment of being at Barcelona. I have never thought or had the feeling to leave.”

On his meeting with Bartomeu:

“It’s normal that there are meetings with Bartomeu. The meeting he conducted was comprised of preparing for the future. We are all trying to find solutions.”