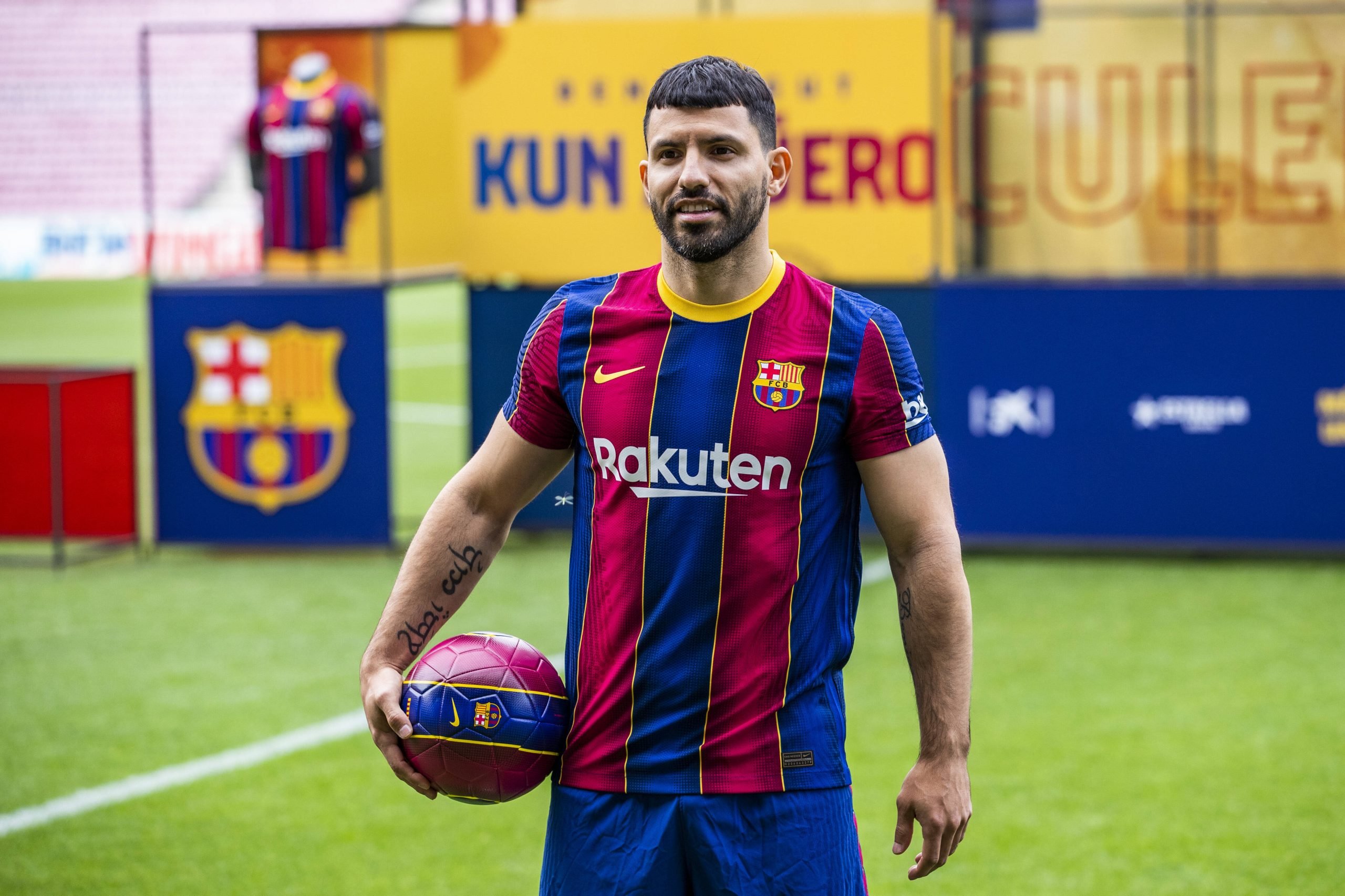 One of the numerous worst kept secrets of Barcelona’s summer has had its covers lifted off, as Sergio Aguero has finally been unveiled as a Blaugrana. The Argentine had his presentation on Monday, amid plenty of excitement regarding his signing.

Needless to say, Aguero was rather delighted himself at having joined such an illustrious club after ending a long and glorious chapter with Manchester City. He spoke with great enthusiasm in his first press-conference as a Barcelona player. Here is what the striker had to say.

“I’m very happy. Thank you Laporta and the board to have made this possible. I will try to offer my best version to help the teams in order to win. It gives me great joy to be here. Barça are the best team in the world, of course having Messi as well,” Aguero began.

He revealed that his desire to play for Barcelona runs a long way back: “Thinking about the moment to play for Barça? Well, I said it before to the President that when I was a kid I said that one day, Barça would notice me. He has congratulated me on the signing with a message. Playing with him every day is going to be fantastic.”

About his great friend and compatriot Lionel Messi, he said: “Yes, I think that Messi will continue here. I’ve played with him in the national teams since we were kids. I hope to play alongside him. It would be a pride.”

On his relationship with Pep Guardiola, Aguero said: “We all know that Pep is a great coach. Since he arrived at City, he proposed a different idea of football. He has taught me a lot. He told me ‘I don’t want you to talk to any other team apart from Barça’. It was an immense joy when they contacted my agent.”

About the potential change of coach, Aguero said: “That’s not my business, the Club will make the best decision. Laporta wants Pep back? These are things that are none of my business. Guardiola has two more years of contract at Manchester City.”

The legendary striker is raring to go next season to fight for all the titles possible to add to his ever-growing collection of honours: “Barcelona are a side who fight for titles every season. I hope that at the end of the season we can enjoy that.”