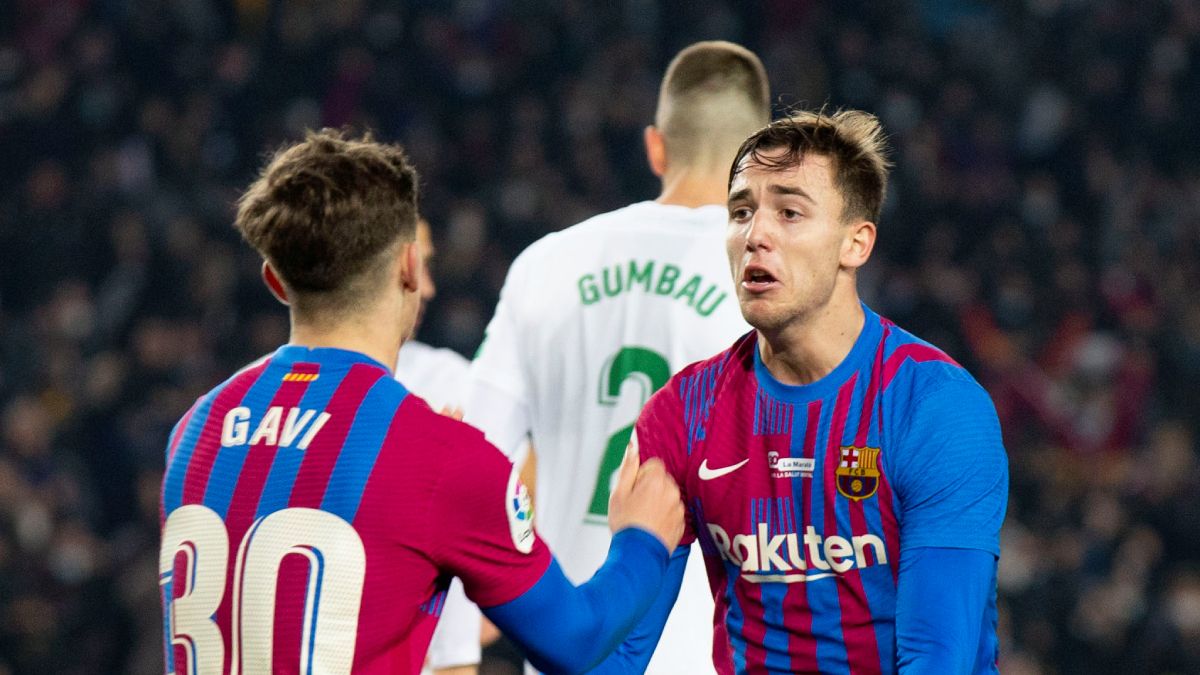 Barcelona have confirmed that midfielder Nico Gonzalez will wear the number 14 shirt after being promoted to the senior team from Barça B. Meanwhile, trusted journalist Gerard Romero says Gavi will be given the number 11 jersey.

Nico, 20, started off his career with a local team Montaneros at the age of seven before being scouted by Barcelona in 2013. The midfielder has been with the club since and signed his first professional contract in May 2021 with a reported €500 million buyout clause.

He made his debut in August in the opening game of the ongoing season, coming off as a replacement of Sergio Busquets in a 4-2 win over Real Sociedad. Since then, the 20-year-old has gone on to establish himself as a first-team regular, making a total of 23 appearances across all competitions while scoring two goals.

The number 14 holds significant importance in Barcelona’s history as it has been previously worn by Johan Cruyff, Thierry Henry, and Javier Mascherano. Philippe Coutinho was the latest recipient of the iconic number until he departed on loan to Aston Villa.

Gavi, on the other hand, will follow the footsteps of Rivaldo, Marc Overmars, Zambrotta, and Neymar to wear the number 11 shirt. The 17-year-old has been with Barcelona since 2015 and like Nico, made his senior team debut in the ongoing season, replacing Sergi Roberto in the 73rd minute in a 2-1 win over Getafe.

Despite being only 17, Gavi has made 24 appearances for Barcelona this season, scoring one goal while providing three assists.