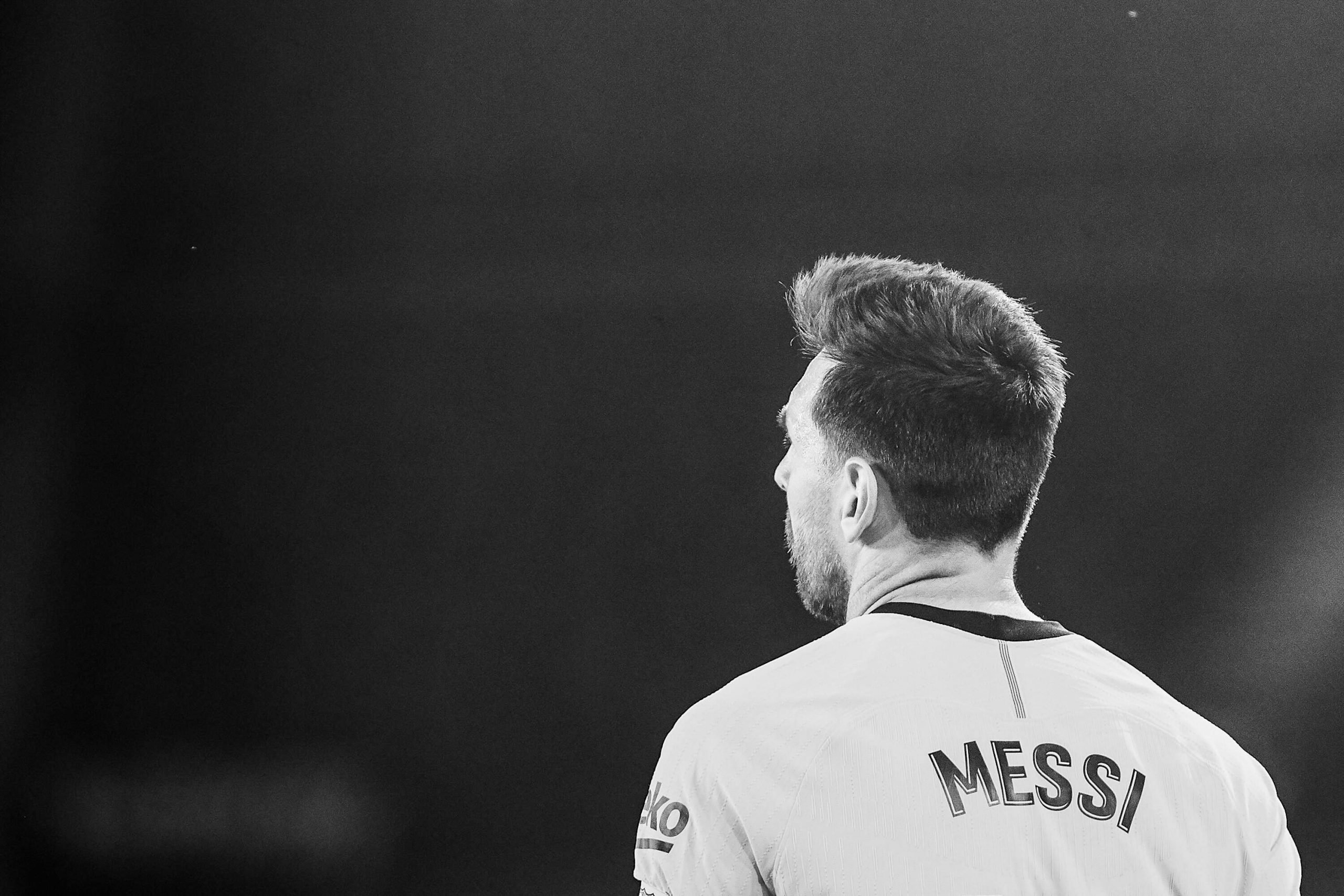 As I sit in front of my laptop, staring at an empty screen, I ask myself: where do I begin? How do I – or anyone for that matter – capture nearly 800 appearances full of magic, 672 goals all different than the last, assists that tore defences apart in 288 ways, and a lifetime’s worth of highlights and jubilation in a single article? As important, how do I make sense of this sudden ending?

The truth is, it feels impossible. But, Lionel Messi made the impossible look effortless every single week, so the least I can do is write a few hundred words in honour of his time at FC Barcelona.

Although Messi’s time with Barcelona touched everyone differently, hopefully, readers find their own thoughts and feelings embodied in this.

The necessity of structure is self-evident: it’s inherent to almost every facet of existence. It’s in our narratives, our favourite movies, books, or songs, and even how we tell the story of our lives. Without it, all meaning and clarity go out the window. More than that, a lack of structure brings about feelings of unfairness, confusion, and anger. It’s that sense of dissatisfaction you get when hearing a range of piano notes, only to have the final one withheld.

Given that structure exists almost everywhere else in life, we, naturally, expect it in sports too. Every athlete’s career is supposed to have a clear beginning, middle, and end. We expect ups and downs, trials and tribulations, all culminating in eventual triumph. We want the athlete we love to win like they were supposed to, or in this case, the player at one club, to finish his career there. The least we expect is for them to get the fitting send-off they deserve.

Seeing Messi’s career with Barcelona end this way is still baffling. If the greatest player of all time could not write the last chapter of his story, what can we expect for everyone else? It’s as if Star Wars cut to black before Luke blew up the Death Star; if Michael Jordan didn’t get his “Last Dance”; or if Stairway to Heaven ended right before the guitar solo.

Perhaps the most shocking – and painful – thing was how fast it all happened. In a span of a few days, I, not to mention the entire footballing world, went from expecting Messi to re-sign and ride off into the sunset with the Blaugrana to seeing him in a Paris-Saint Germain jersey.

The structure we wanted from his career did not exist. It’s unfair — we all agree on that — so how do we operate now? Is the story of Messi and Barcelona ruined by this premature ending?

For some, it might be. A proper and satisfying ending would have made sense of the recent years of struggle. Another Champions League would wipe away the trauma and give meaning to the losses to Roma, Liverpool, and Bayern Munich. After all, in the stories we tell about sports, losses serve a bigger purpose as necessary building blocks for success.

We always want more, especially knowing the level at which Messi is still performing. Further, while he couldn’t really stay forever, he deserved to say goodbye to a fully-packed and roaring Camp Nou or know that he will be facing Real Madrid, Sevilla, or Eibar for the last time in a Blaugrana shirt.

But the truth is, this story was always going to be the greatest ever told in sports, regardless of how it ended. In fact, maybe happy endings are overrated. Maybe, contrary to movies and books, we can tell a perfect story in sports without a perfect conclusion. Just because structure exists in most things doesn’t mean we need it here.

From one perspective, there’s a strange sense of beauty in this situation, too. Unexpected goodbyes and unceremonious endings can be difficult to cope with, however, they help us appreciate everything else a little bit more. Stability can be found in the chaos of unpredictability.

Having looked at the composition, or lack thereof, of Messi’s time with Barcelona, I hope readers can make a little more sense of its unexpected conclusion.

Admittedly, I spent the last few days refusing to accept that he would even leave, waiting for someone (namely Javier Tebas and La Liga) to fold. I denied his final chapter would end this way, but now, I can only look back at his time with joy and look forward to the future with optimism.

The memories Messi (in a Barcelona shirt) leaves behind for culés will truly last a lifetime. For some, team successes such as the Champions League triumphs will stand out, whether in 2009, 2011, or 2015.

For others, it is his goals and all the opposition keepers and defenders he embarrassed along the way. Additionally, his work ethic and humble, down-to-earth nature has inspired countless football players and athletes all over the world.

For me, it’s the magic he created with the ball at his feet and the sheer joy he played with. Watching Messi, you never know what will happen next.

Messi’s story with Barça is about a young boy from a small city in Argentina who moved across an entire ocean, integrated into a new country and new culture to fulfil his dreams and conquer the world. Regardless of its ending, what better story is there than that?

Fortunately, his career is not yet over, and there are surely many more highlights to come, but things will just feel a little bit different now. Now, Messi will go on to bring joy and deliver magic to a new club and set of fans.

There will always be life as a cúle before, during, and after Messi. For the last 20 years, the last ten of which I have witnessed, all I can say as a fan of Barcelona is thank you.