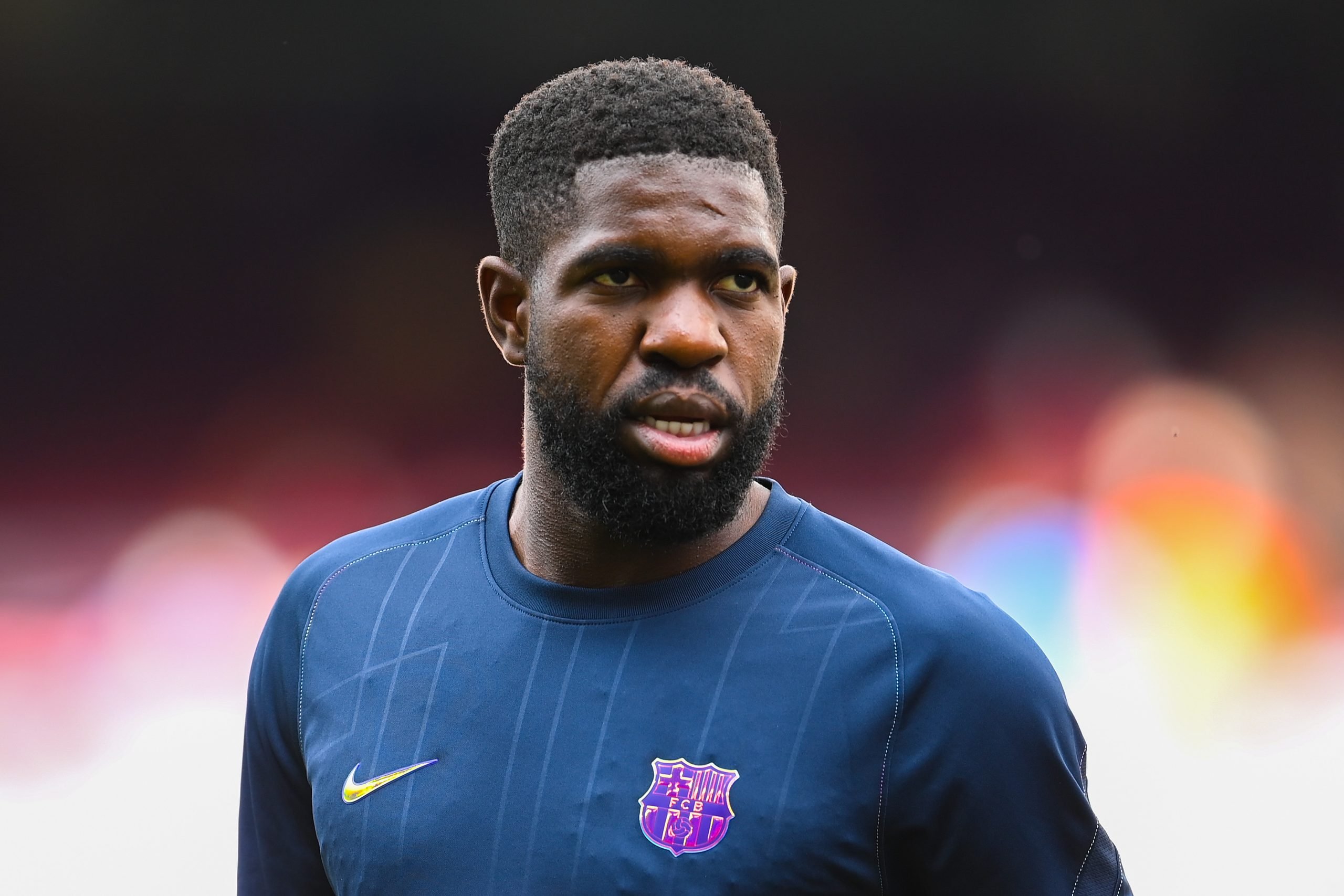 Barcelona defender Samuel Umtiti gave a detailed interview to Mundo Deportivo which was published earlier today. The French International not only spoke about his fitness struggles but also the saga of his exit, his match fitness and the decision to not undergo surgery four years ago. Here are the major takeaways from the interview.

The first question put forth to the defender was about his physical fitness, to which he said he was on a goof level and ready to play.

“I feel very good physically. I endure the training sessions and I really want to play. I’m waiting for the moment to do it again, but on a physical level I’m fine.”

The talk then progressed to why he was not given chances if he was indeed fit. To this, Umtiti said that he needed to prove himself in training, and the chances would come.

“Why haven’t I played? There is a coach who makes decisions and I have to accept it. If I don’t play, I must train more than others and show that I have the level to do so.”

Umtiti also added that though he trained daily, he lacked the match rhythm required to play.

“We can train every day but I lack the rhythm of matches. Rhythm, rhythm, I hope I get it.”

The journalist then asked the Frenchman if he could directly ask Ronald Koeman to provide him with a chance to play. The defender said he could not do so and that he had to prove his worth first.

“I can’t ask for anything, because the coach makes the decisions and I have to accept them. I must train and show that I am okay. I will not ask it. I think it should not be done. I must prove it on the field.”

The World cup winner was close to leaving Barcelona in the summer. When asked about playing for another club, Umtiti said it was impossible.

“I don’t see myself playing for another club, no, impossible. Right now I have it very clear. I want to show that I have the level to play here. The most important thing is to get back and show everyone that Samu is okay.”

The centre-back was then asked about the whistles he faced during pre-season. Umtiti said that the incident hurt him a lot because he loved the club.

“Whistles in pre-season? It hurt me a lot, honestly. I never thought this could happen to me at this club because I love it, I love this club. I do everything, everything, to be okay. I have had hard times due to injuries but in the end I do my job.”

The media person then proceeded to ask the defender about offers he received from other clubs. The French star agreed that he had offers on the table but chode not to leave.

“Offers from other clubs? I had offers, but no, I wanted to stay, I didn’t see myself anywhere else.”

Refusing to undergo surgery is one of the biggest factors said to have caused Umtiti’s rapid deterioration in fitness. The French defender defended his decision to not go under the blade saying,

“Refusing surgery? I visited 3 or 4 doctors who told me that I did not have to do surgery, that it was a big risk. It was my decision and it had to be made. My career would be at stake. I made the decision not to have surgery because there was a risk with the cartilage.”

Indeed, it was a difficult period for the player. When asked if he needed any psychological support, he commented,

“No, but there’s been tough times mentally.”

Laporta’s last-minute meeting with Umtiti is when it was confirmed that the centre-back would stay at the club. He was asked to comment on what the president told him. Umtiti said,

“Laporta told me: ‘Samu, if you’re okay you have to show it and then you might have opportunities.'”

He further admitted that he cried at the meeting because what he wanted from his heart ended up happening.

“Did I cry at the meeting with the president? Yes. Because I don’t speak much but if I say something I say it with my heart and in the end that’s what happened.”

Moreover, he added that Joan Laporta hugged him while he was crying to comfort him.

“The President’s reaction to that? There was a hug.”

Another topic covered in the interview was Lionel Messi’s departure. Umtiti said it was difficult to lose the best player in the world, but that they are planning differently now.

“Barça without Messi? It is difficult because you lose the best player in the world but life goes on. You have to play differently. Leo helped us a lot and now we have to play more as a team. We can win things.”

The World cup winner also spoke about his International teammate Ousmane Dembele’s situation. He said that Dembele wanted to continue and was almost ready to compete again.

“Does Dembélé want to continue? I think so. He’s working hard every day, I see him, he’s happy. He’s almost ready but he needs time because he hasn’t played for months.”