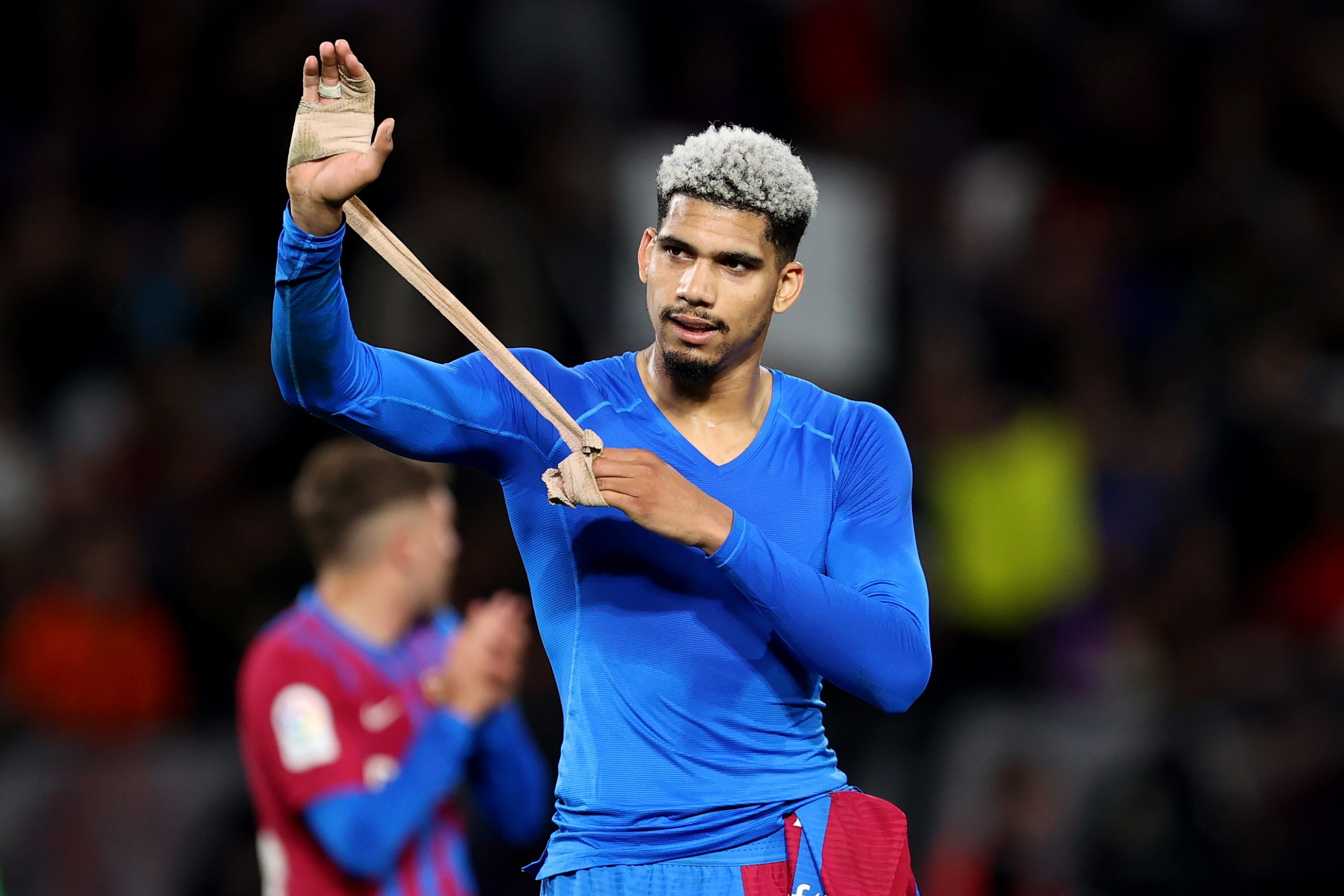 Barcelona have not fared well on the first day of the international break, with Jules Kounde, Ronald Araujo, Memphis Depay, Frenkie de Jong, and most recently, Ousmane Dembele picking up injuries.

The most concerning of these definitely is Araujo’s, who seems to have developed a recurring injury trend in the last two seasons.

The most recent one, though, he picked up within a minute of playing for Uruguay and is probably the most troubling one. He has been ruled out for nearly two months if reports are to be believed.

Further, in a recent update provided by Javi Miguel, he says that Araujo is not ready to undergo surgery. Going under the knife would seriously put his contention for the World Cup in doubt, and therefore, he will go through conservative treatment.

Barcelona fans are all too familiar with this tale, unfortunately. In 2018, Samuel Umtiti picked up a knee injury just before the World Cup. The Frenchman was the club’s best defender that season, and did not want to risk his place with France by getting an operation.

What happened after was incredibly sorrow, as Umtiti kept picking up recurring injuries on his knee. He lost his place not only in Barcelona’s starting XI, but on the bench as well, eventually being forced to leave the club this summer on loan.

As of now, Araujo is set to miss some very important games in October, as Barcelona make the trip to Milan and Madrid. They will also host Villarreal, Athletic Bilbao, and Bayern Munich during this month.

The slightly better news is that Jules Kounde’s injury is not deemed as serious. The ex-Sevilla man is expected to make it back in time for the game against Real Madrid.