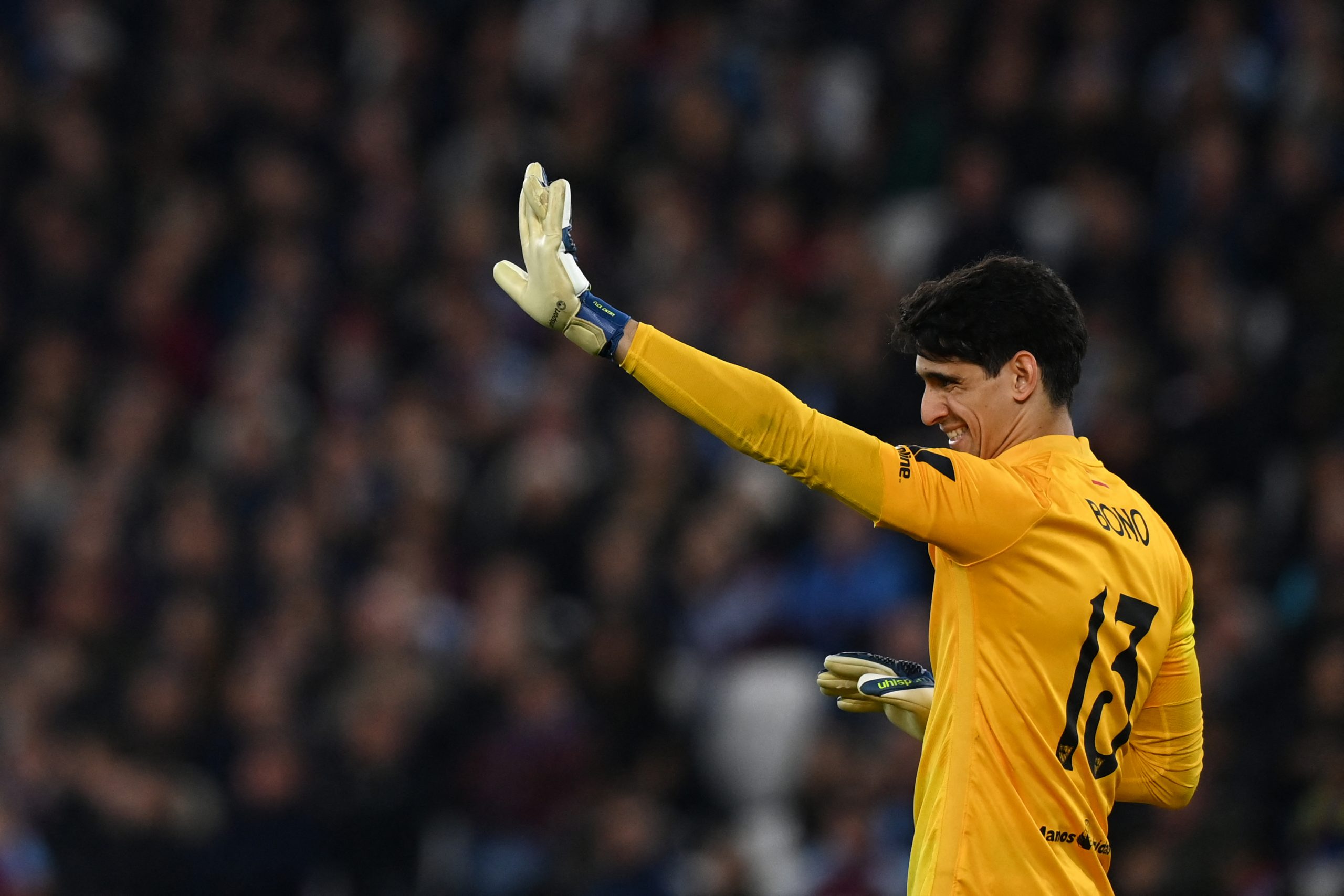 Sevilla have been dealt with a major blow ahead of their weekend encounter against FC Barcelona.

During the international break, their first-choice goalkeeper Yassine Bono has picked up a nasty head injury and could be ruled out for the tie in Nou Camp on Sunday, reports Mundo Deportivo.

Bono picked up the knock during Morocco’s World Cup qualifying game against DR Congo, in which the north African giants secured qualification for the 2022 FIFA World Cup with a resounding 4-1 victory.

Bono initially started the game in between the sticks for Morocco, before picking up a nasty collision during the first half. It caused him to receive stitches on his eyebrows, and moments later, the goalkeeper picked up another blow.

The Sevilla star soon fell dizzy to the ground and had to be substituted, with Munir Mohamedi replacing him just before the half-time whistle.

Mundo Deportivo suggests Bono could be out for the upcoming game against Barcelona, as he will be under watch in the coming few days, knowing the club will have to follow safety protocols for the head injury.

The Moroccan international’s absence could serve as a major blow for Julen Lopetegui, as he has been key in crunch matches and has emerged as one of the best goalkeepers in La Liga lately.

With Bono likely to miss out, the onus will be on Marko Dmitrovic to keep the goal for Sevilla this weekend, as they lock horns with a Barcelona side coming on the back of a 4-1 romping of Real Madrid.