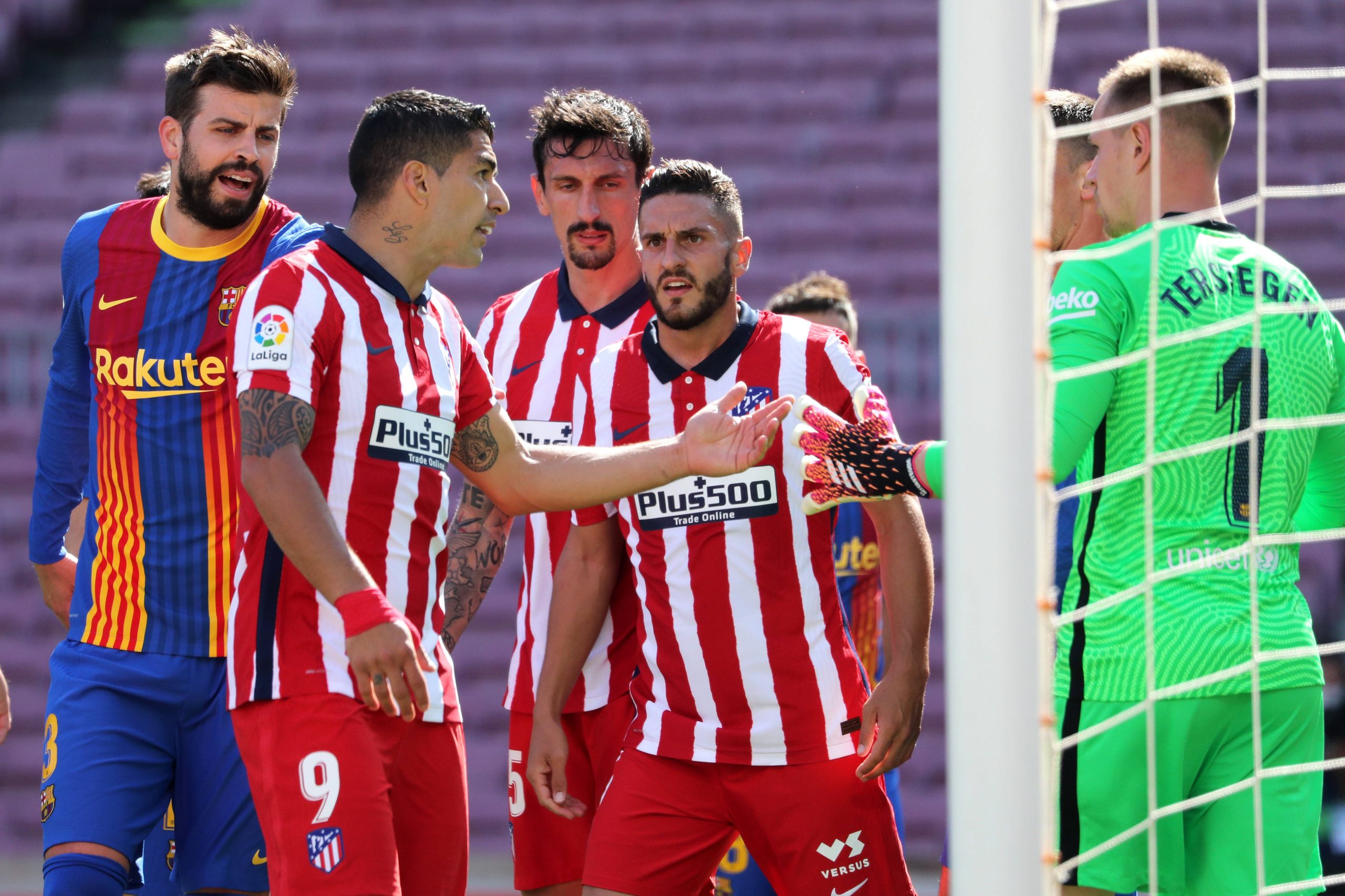 Microphones picked up a clash between Ter Stegen, Gerard Piqué, and former teammate Luis Suárez during their 0-0 draw on Saturday.

After forcing the goalkeeper into a save, the Uruguayan fell onto the floor, demanding a penalty, manifesting in a spat between the three.

Images: The little tension between Ter Stegen and Suarez. pic.twitter.com/ke9KXc0Ni8

The Atlético striker eventually asked Ter Stegen: “Did you make contact or not?”

To which the German replied: “Luis, it was my hand. If it was my foot, fine. But come on.”

The game ended goalless, with Atlético retaining their top spot in La Liga, 2 points ahead of Barcelona and 3 ahead of Real Madrid, who face 4th place Sevilla on Sunday for their 35th league fixture.