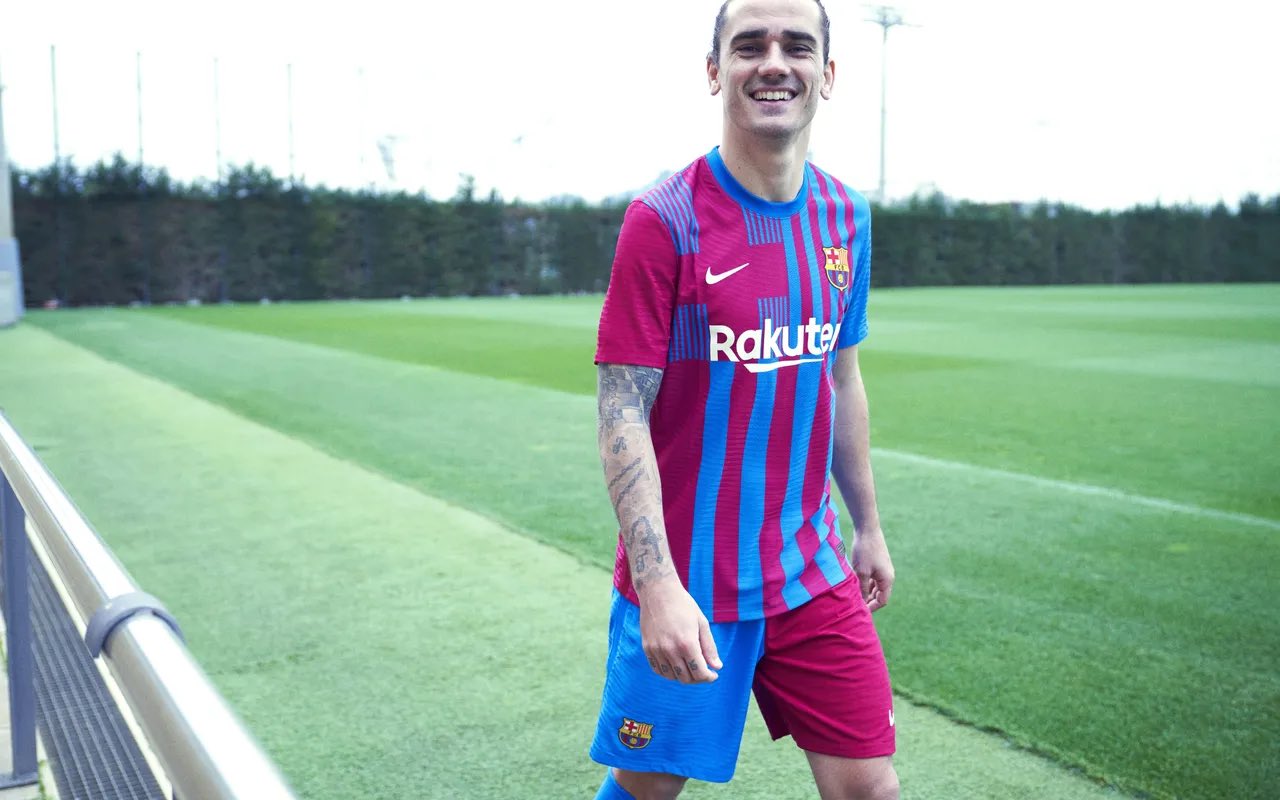 Barcelona are well-known to make PR moves before making huge official announcements in order to get people talking. Eric Garcia and Sergio Aguero’s official Camp Nou presentation was leaked hours before the signings were made official and the same happened with the official home kit.

Well, it looks like they have attempted something similar, but differently this time. In the Behind the Scenes video posted on the club’s official YouTube, fans spotted the official 2021/22 away kit hanging in the dressing room in the background.

❗️ Screenshot: Next season's away kit can be spotted in Barcelona's most recent YouTube video. [yt: fcbarcelona] pic.twitter.com/E7c8h5s5aV

However, it seems like the video was taken down and reposted after some time, and the jersey was edited out or the video angle very geniusly altered.

That said, the away kit, purple in colour with a golden monochrome crest is still visible in the video when Frenkie de Jong walked through, hanging in the same place as seen before, barely visible though.

While the home kit has received largely poor reviews, a colour-blocked plain purple away kit could be exactly what the club needs to sober down the home jersey. Apart from these two and the third kit, Barça will also have a Champions League kit this season, which is set to be announced once the official club season rolls in.