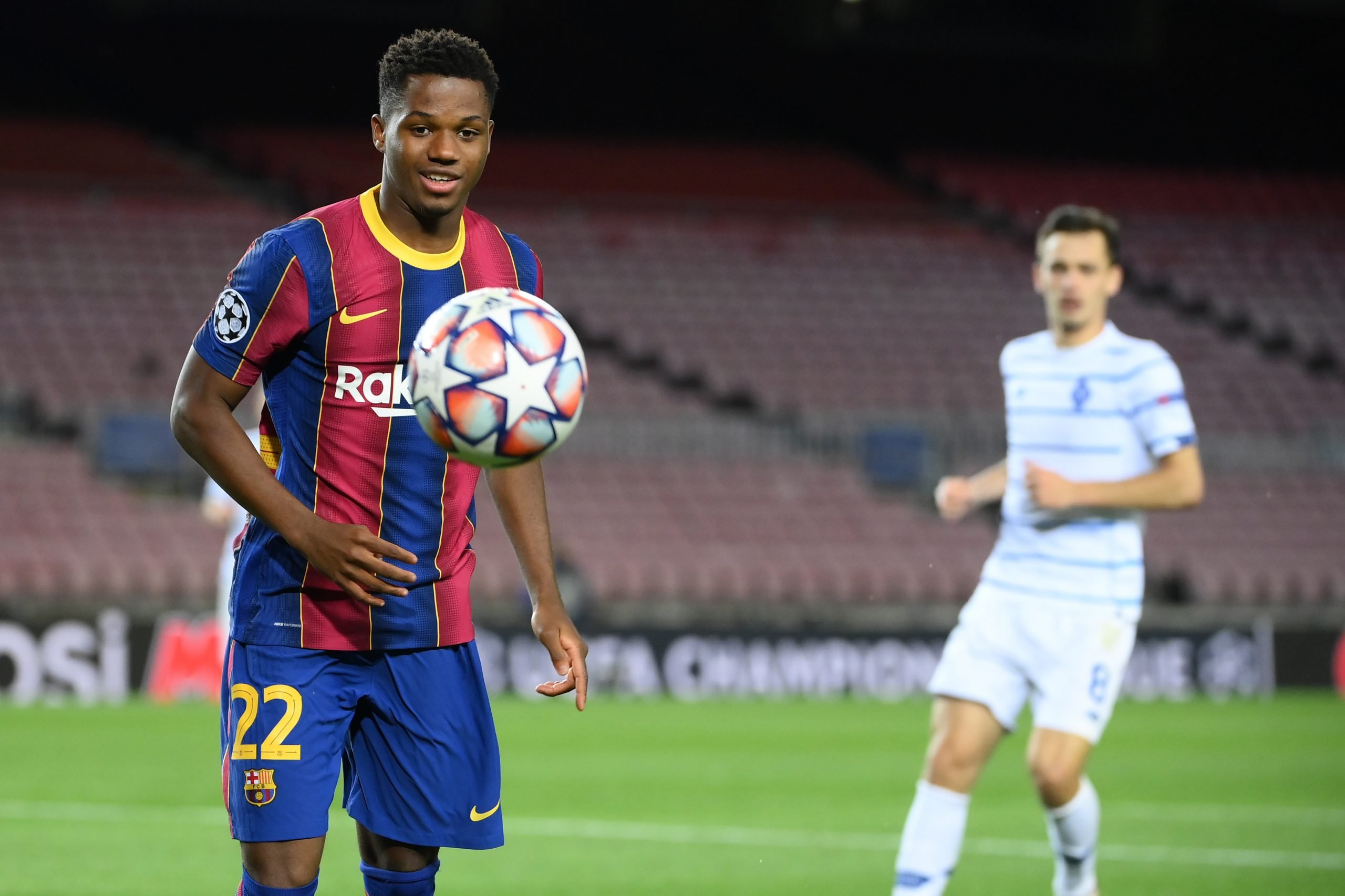 Earlier in the day, it was reported by several outlets, including Cat Radio and TV3 that Ansu Fati’s injury is not on the right track, and that he is expected to go through surgery for the third time, implying that at the age of 18, Fati had already undergone two surgeries in the space of fewer than 3 months.

However, according to a report published by COPE, sources close to Dr. Ramon Cugat, the famous Spanish surgeon who works in close relations with Barcelona, have denied that Fati has, in fact, not gone through even a second surgery, which automatically rules out the claims made about a third surgery.

Furthermore, it has been reported by Moi Llorens that Ansu Fati has not taken the leaks about his injury lightly and that he is very disappointed in the same. The ESPN corresponded states that the ‘leak’ does not come from inside the club, but from someone who really wants to be at the club. In the past, it was reported that Ronald Koeman had to deal with a mole in his early days at Barcelona, and there could very well be a correlation between the two.

At the moment, it has not been decided whether Fati will undergo a second surgery, but the teenager has definitely been ruled out of the game against Paris Saint-Germain, leaving Barcelona with Antoine Griezmann, Fransisco Trincao, Ousmane Dembele, Martin Braithwaite, and Konrad de la Fuente as viable options on the wing.