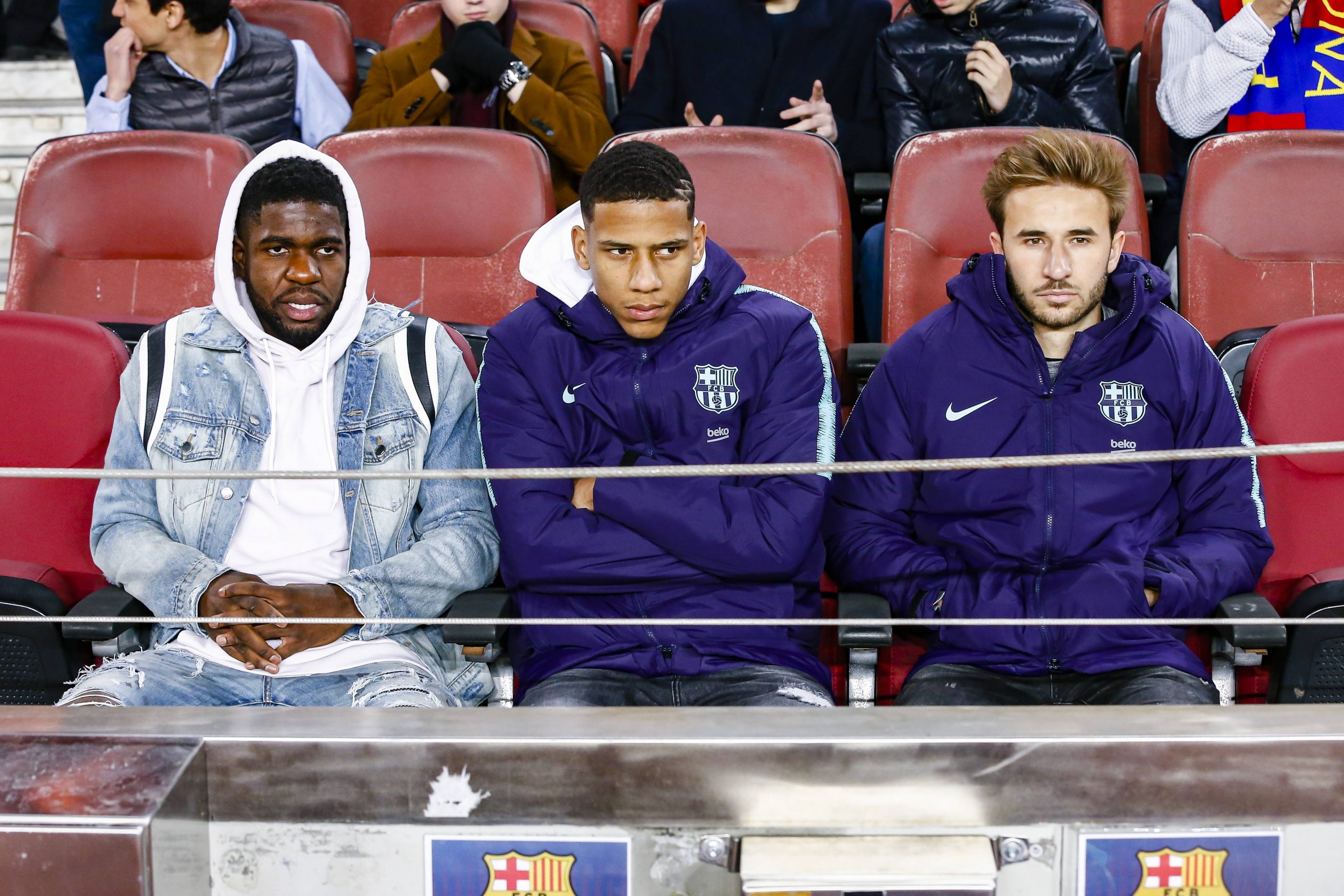 Barcelona’s centre-back situation is quite peculiar to say the least. With numerous injuries and a general lack of personnel for the position, it’s safe to say that the backline is a very volatile area for the Catalans.

Of course, some arrivals are expected in the upcoming months to patch up the holes left by injuries and departures but if the media are to be believed, more defenders could still leave the club. According to L’Equipe, OGC Nice are watching both Samuel Umtiti and Jean-Clair Todibo.

The French club wants to strengthen their backline and the same source suggest an offer for Umtiti could come Barcelona’s way as soon as this January. It should be noted, however, that Barcelona seem willing to shift the Frenchman on but have been struggling to find suitors due to his fragile fitness situation.

If true, this transfer update could potentially come as a big relief for the Catalans, even though we still don’t know what kind of a deal do Nice have in mind.

Umtiti has only made three appearances for Barcelona this season and is currently unavailable once again due to an unexpected illness. Todibo, on the other hand, is also someone the club has been actively trying to sell.

The young talent still hasn’t made a single appearance for Benfica on his loan spell in Portugal and has even been criticised for his lack of ability and bad behaviour by their upper hierarchy.

Both centre-backs don’t seem to have a big future at Barcelona either, so a sale further down the line really does seem plausible.