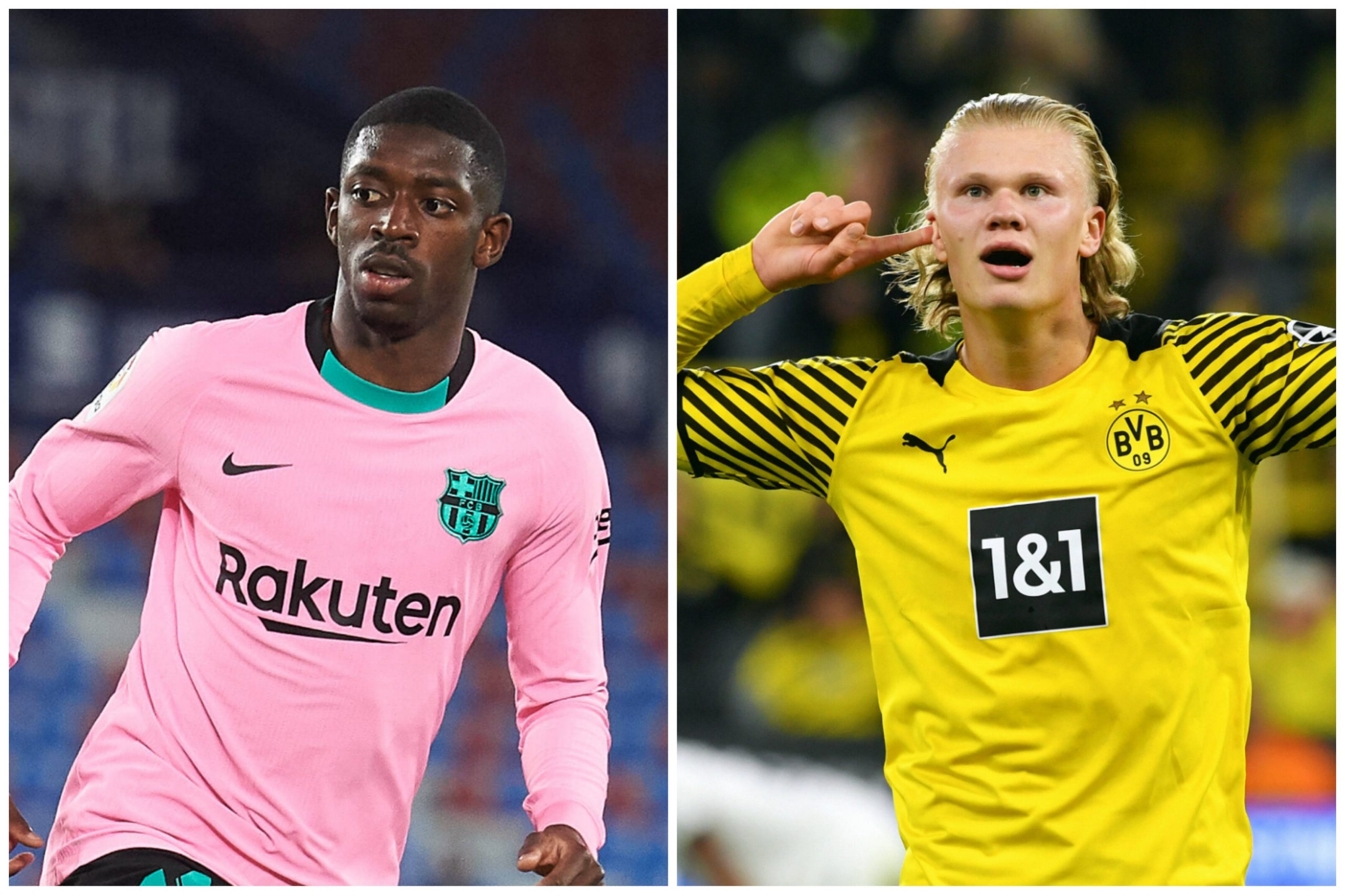 According to reports from El Nacional, Borrusia Dortmund would be interested in discussing a swap deal with Barcelona over two star forwards in the summer of 2022.

Ousmane Dembélé is a player who interests them once again, and they will be ready to negotiate his return to Germany. On the other hand, Erling Haaland, who is set to depart the Signal Iduna Park, could be included in the negotiations and see his way to Catalonia.

Though Norweigan’s market value is far higher than Dembélé’s, the operation could be facilitated by the fact that Haaland’s release clause will fall to 75 million Euros next season.

That said, the actual fee involved could further reduce considering the Frenchman’s value. The operation would be a beneficial deal for both the clubs and players.

Haaland is also widely linked to a move to Real Madrid and Manchester United amongst other top European clubs.

However, Kylian Mbappe’s imminent move to Santiago Bernabeu may turn some heads in the Norweigan’s camp and push his move to Barcelona to keep a healthy rivalry going.

Meanwhile, Dembélé has been injured since France’s group stage encounter against Hungary. The player had a reasonably injury-free season last term, however, suffered a major blow at the end of the season.

The Frenchman is set to renew with the club in the coming weeks. With his future commitment to the club, Barcelona can get rid of the thought of losing him for free.

Dembélé is expected to return by the end of October. It remains to be seen how his fitness holds up.