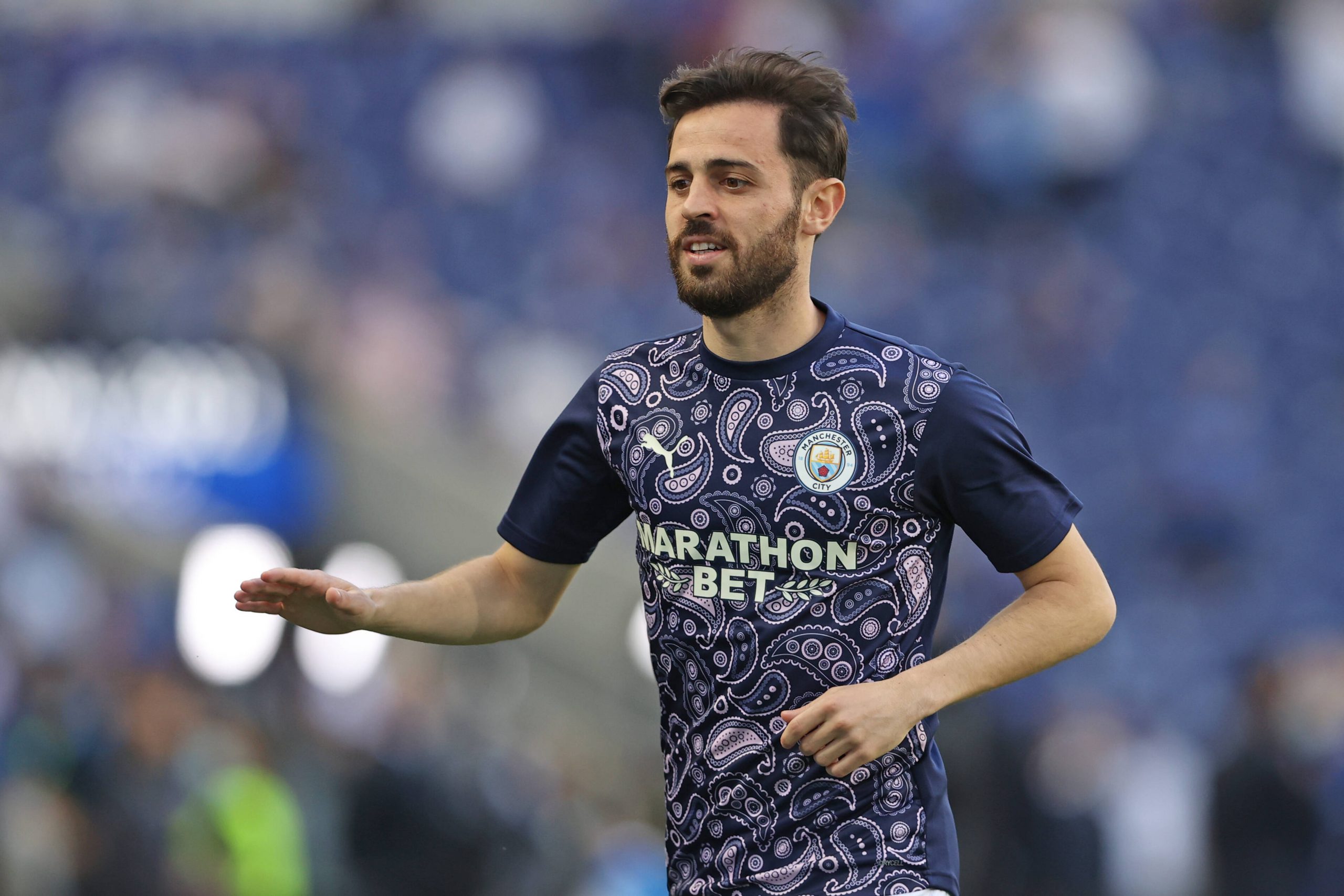 Manchester City’s imminent signing of Jack Grealish from Aston Villa could spark a domino effect that may have an impact in La Liga as well.

The England playmaker is expected to complete a transfer to the Premier League champions in a British record deal worth over €100 million. Such a move would open the doors for some of Manchester City’s current players to leave the club, with Barcelona target Bernardo Silva being one among them.

Mundo Deportivo reports that the Portuguese international is on the radars of the Catalan giants. In fact, it is also claimed that the former AS Monaco star was one of the four players that Barca had spoken to Manchester City about, earlier in the summer.

And, while the talks did not lead anywhere at the time, Grealish’s impending arrival is set to force Silva out the doors at the Etihad. And, the SL Benfica academy product has his heart set on a transfer to La Liga, with Barcelona a club that he likes, as per the report.

A move, though, would be difficult to achieve as, at the moment, Barca are completely focused on trimming their bloated wage bill by offloading players on the books. Samuel Umtiti and Miralem Pjanic, in particular, are two players that the Blaugrana intend to ship off but are finding it tricky to do so.

With the situation being as it is, Barcelona’s pursuit of Silva is made further complicated by Atletico Madrid’s interest in the attacking midfielder. The reigning La Liga champions have been tailing him for a while now and are said to have made aware of their interest to his representatives as well.

And Silva, himself, would be open to a transfer to the Wanda Metropolitano after being impressed by the interest that Los Rojiblancos are showing in him.

So, it seems like Atletico Madrid may have an edge over Barcelona in pursuit of Silva, although, both clubs would likely find it hard to fund a move, as Manchester City may demand a significant fee for the 26-year-old.