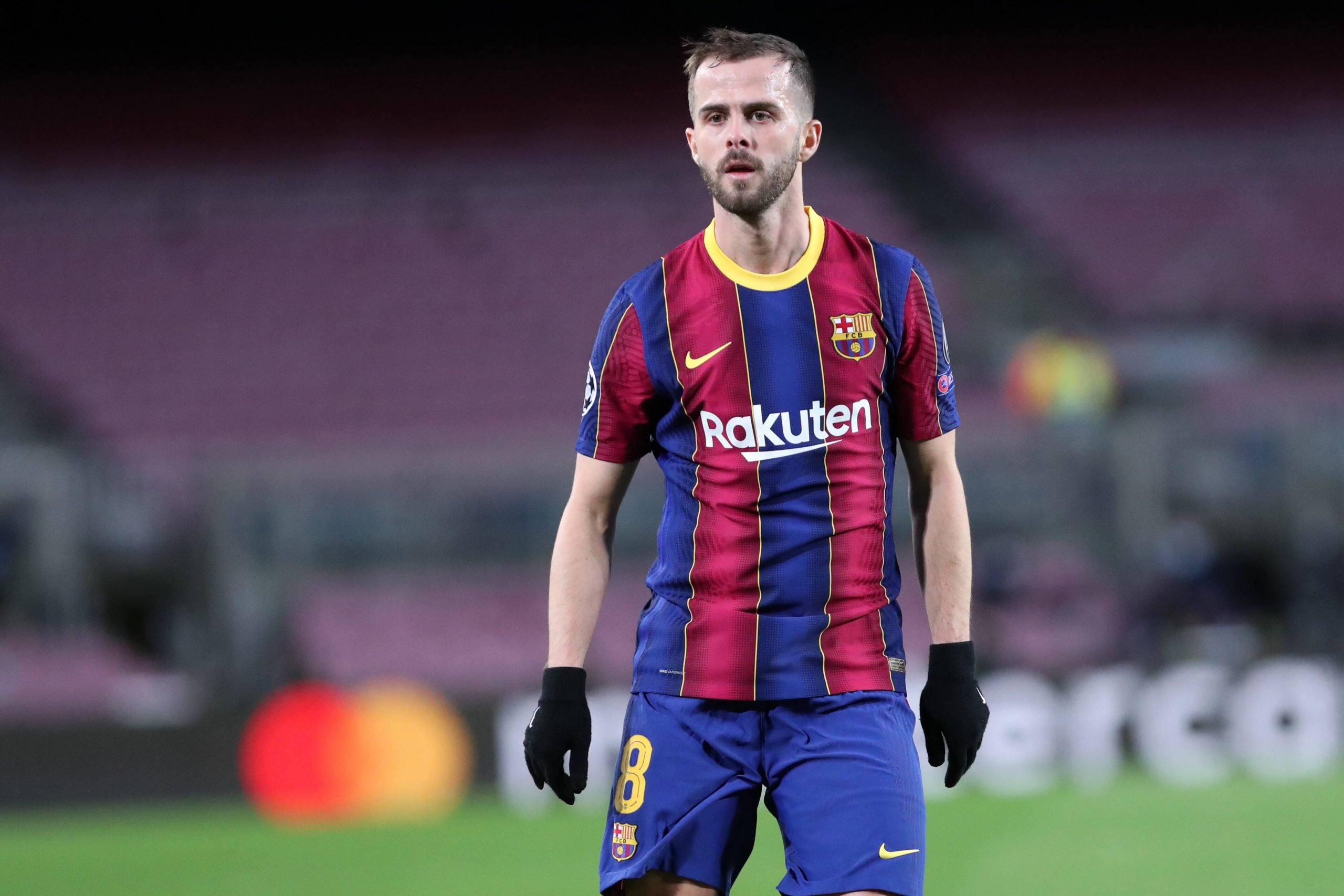 Barcelona’s previous board bought Miralem Pjanic last summer to what is popularly referred to as balancing the books. The signing has gone on to be one of the worst signings in the history of this club. The Bosnian has rarely featured in the last six months, and the situation won’t be changing anytime soon.

According to Toni Juanmarti, correspondent of Catalan newspaper Sport, the 31-year-old is reportedly unhappy with his present situation and wants a move away from Camp Nou. Chelsea and Inter are aware of the player’s situation. He was a part of Ronald Koeman’s plans until the emergence of Ilaix Moriba. Ever since his arrival, both Pjanic and Riqui Puig have gone completely out of favor.

The Bosnian hasn’t featured once since the 3-0 win against Elche on 24th February. Even before that Pjanic was majorly used as a substitute off the bench. Pjanic has also expressed his displeasure at the lack of playing time. “I don’t know why I’m not playing as much as I’d hoped,” said the Barça midfielder earlier about his current situation.

Koeman was dissapointed at Pjanic for speaking to the press about his situation during the season. He is on Barça’s transfer list because he is ‘irrelevant’ to Koeman.

The move will surely be in the best interest of the club. “I did not join Barcelona to leave the following season. I want to win the Champions League here. I would like to ask Koeman for two or three games to show my football, but I’m going to keep working,” said Pjanic earlier in an interview with Mundo Deportivo.

Despite the Bosnian’s direct request for more minutes, it really looks like he is not in Koeman’s plans, hence an exit would be of the player himself as well.

However, the fees of the possible transfer need to be more than €45m in order to avoid loss on the whole transaction. Reportedly, Barça have currently only paid €15m of the €60m they were supposed to. Considering that he has not played for a long, it seems very unrealistic that any club in Europe would be willing to pay such numbers for his services.

The newly elected board has laid out its plans to start the rebuilding process. To execute them, they need to gather funds by making some sales. Selling out of favor players will not only help the inflow of cash, but it would also lift the burden of an already overflowing wage bill. The summer is approaching fast, and we will soon know the fate of the fringe players.