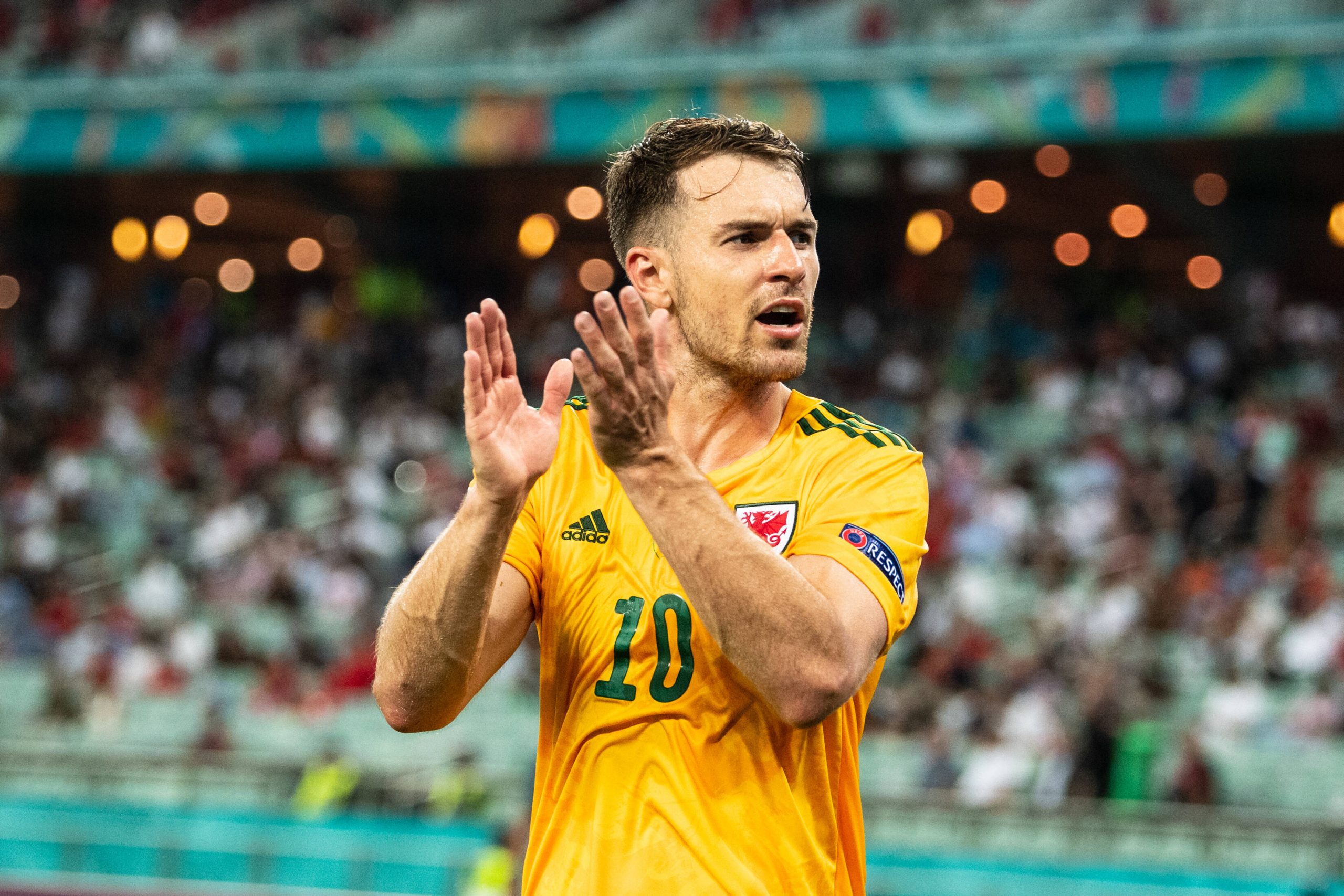 Barcelona’s need for a new centre-back and centre-forward is widely known, but they also need more reinforcements in the middle of the park. While Sergio Busquets, Frenkie De Jong, and Pedri have proven to be a formidable trio, more experienced personnel are needed as well.

As such, the Blaugrana reportedly have their eye on Juventus’ Aaron Ramsey. Per Gol Digital, heads have been turned in particular following Ramsey’s impressive performances with Wales in the ongoing Euro 2020. Against Turkey on Wednesday, the 30-year old scored the opening goal and put on an overall solid display.

The same source states that Ronald Koeman, Joan Laporta, and the club’s sporting team are impressed with his “Barça DNA”, making him a natural fit for the team. Throughout his career, Ramsey has shown to be a force to be reckoned with in midfield. Still, at 30-years old, his best days are arguably in the rearview mirror.

If the move is to come to fruition, however, a “swap deal” would likely fall into place, not unlike last summer’s exchange of Arthur Melo for Miralem Pjanic. In fact, from the Catalan’s side, either Pjanic or Ousmane Dembele could be involved, the latter of which has not yet renewed his deal set to expire in the summer of 2022.

Additionally, the Catalans have been linked with Juventus centre-back Matthijs de Ligt, who could also play a role in this.

In terms of the player’s interest, the report claims that Ramsey would welcome the move to reignite his career that has stagnated since he left Arsenal in 2019.