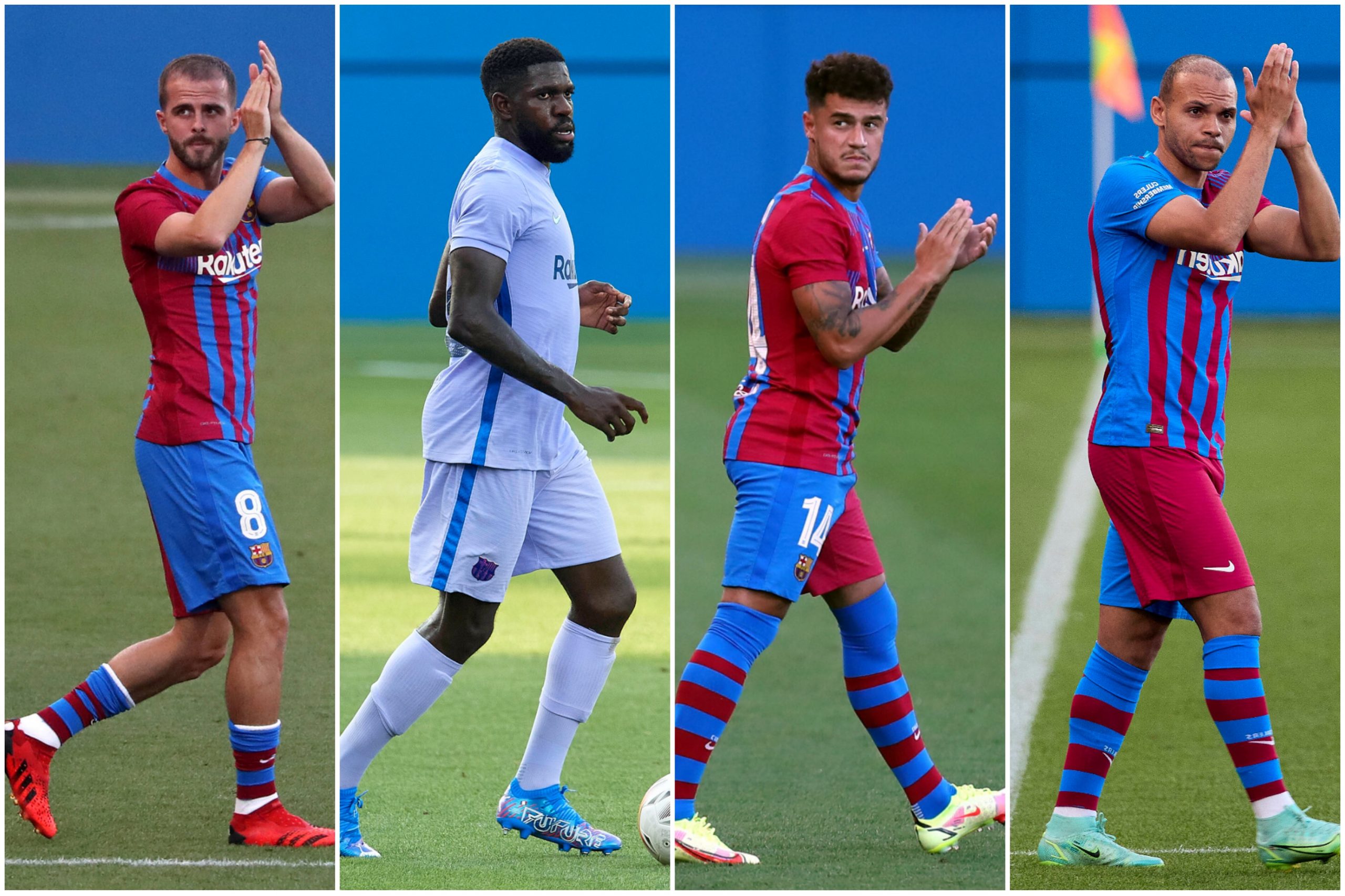 The summer of horrors continues to bring problems one after the other for Barcelona.

Having had to deal with the shocking departure of Lionel Messi, the Blaugrana were forced to sweat until the last minute to register their new signings in time for the 2021/22 La Liga opener.

Barcelona president Joan Laporta made a startling revelation about how deep in debt the club are earlier this week. And, even as they continue to try and offload players from the current roster in order to trim the wage bill, things just don’t seem to be working out.

While Barcelona did a good job to get out some of their fringe players early in the summer. But the big fish – Miralem Pjanic, Samuel Umtiti, Philippe Coutinho, and Martin Braithwaite continue to pose a problem, according to MARCA.

Pjanic and Umtiti are among some of the top earners at Barca. The club tried to agree a mutual contract termination with the duo back in July but to no avail. Manager Ronald Koeman has made it pretty clear that the Bosnian midfielder has no part in his plans, while Umtiti, too, has been informed that he does not have a future.

Nonetheless, an exit cannot be engineered for the duo. In the case of Pjanic, a move to Juventus seemed to be on the horizon. However, that has been thrown out of the window after the Bianconeri signed Manuel Locatelli from Sassuolo. As for Umtiti, the Frenchman has offers on the table but is refusing to leave, which could force the club into taking drastic actions.

The situation gets a bit complicated with Coutinho. Again among the highest earners at the club, the Brazilian playmaker missed the pre-season as he was recovering from an injury. That hurt Barca’s plans to give him a few run-outs as auditions for prospective suitors before offloading him.

There had been speculations of the 29-year-old being involved in a potential swap deal for Arsenal’s Pierre-Emerick Aubameyang, although those rumours died down as quickly as they emerged. The situation has reached a point where the Catalans are actually considering keeping hold of him and giving him another shot at proving himself at the club.

Finally, with Braithwaite, Barcelona are happy with his attitude and application, while he showed in the game against Real Sociedad that he can offer something to the team. So, while the club are open to selling him and will listen to offers, as things stand, it is not a priority.

With less than two weeks left for the transfer window to slam shut, it becomes imperative that Barcelona find solutions to their problems, lest they will be stuck with a bloated squad and wage bill.