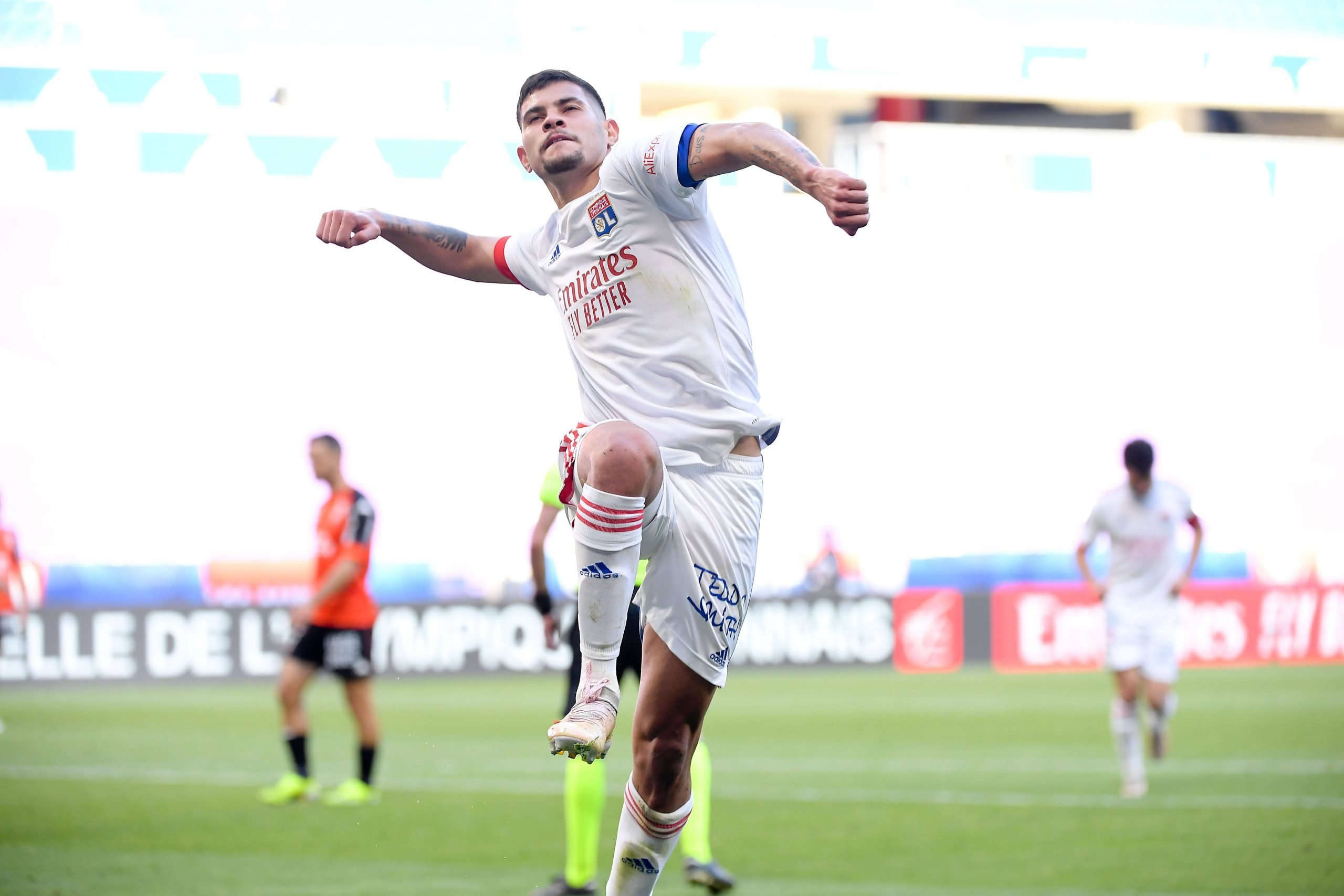 It has been a very eventful week in Catalonia’s capital. As many as four transfer negotiations have reached very advanced stages and could be announced in the coming week. Among those players are Sergio Aguero, Georginio Wijnaldum, Eric Garcia, and Memphis Depay. As the Catalan club continues to build a team for the future, Barcelona have gained interest in Olympique Lyonnais’ Bruno Guimaraes to boost the midfield for the coming season, as per AS.

The Brazilian is one of the hottest commodities in the transfer market after a turbulent season in France. Bruno had a hostile relationship with former coach Rudi Garcia, which resulted in minimal playing time for the youngster. Bruno launched attacks at the French manager who left the team after targeting Lyon’s Sporting Director, Juninho.

The youngster showed immense potential in whatever little time he got throughout the season, though. Les Gones lost only two matches out of the 22 in which Bruno made an appearance. Moreover, the Brazilian also scored three goals and assisted one more through the course of the season. He also completed 1290 passes with a success rate of 90%, which ranks as the highest in the entire squad. Add to this 142 steals, and you get a complete midfielder with immense potential.

Bruno has emerged as one of the major targets for clubs across Europe. Reportedly, Borussia Dortmund has already made initial contacts with an offer ranging between €25-30m. The Catalan club is expected to face stiff competition from the Germans for this highly-rated player, if they do plan to go for him, at all.

Juninho does not want to sell one of his most talented players. However, Lyon also find themselves in a delicate financial situation, which would force them to trim their squad.

Things are moving fast in Barcelona, and Laporta said yesterday that they will not waste more time before announcing new players for the team. If the club can go through the signing of the Lyon midfielder, he will surely add to the depth in the middle of the park for the Catalan giants.