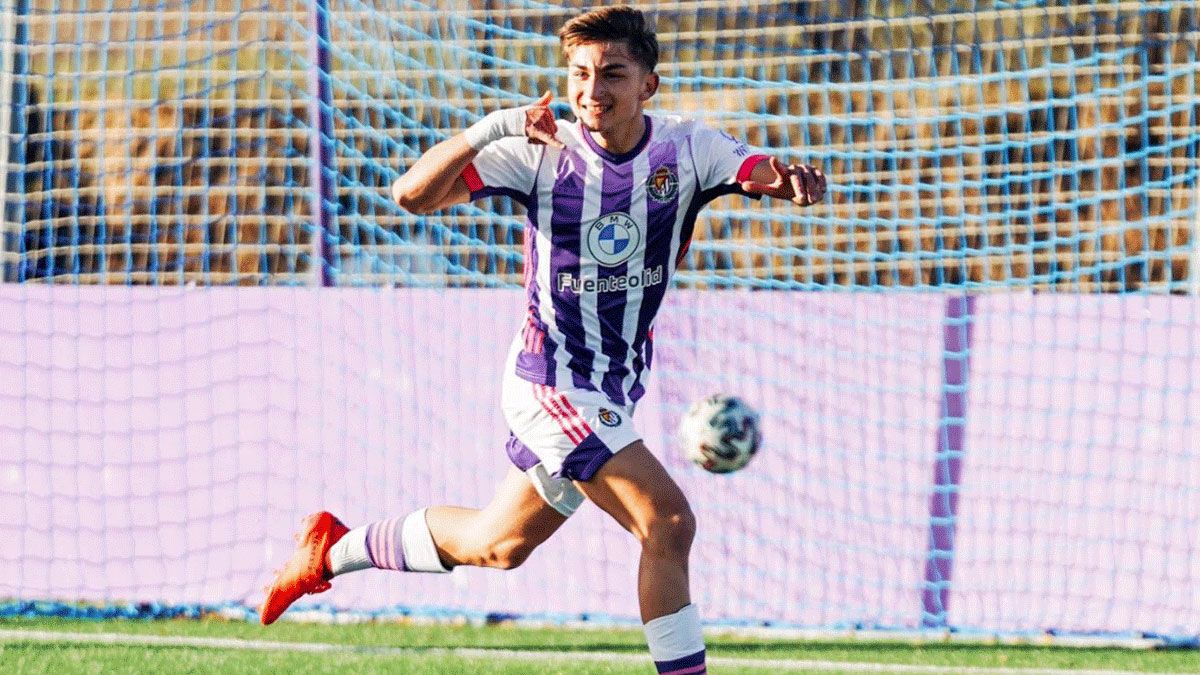 It’s no surprise that Pedri’s signing has been nothing short of a success for Barcelona. The youngster has exceeded all expectations at the Catalan club, breaking into the first team as a regular, despite only being 18 years of age, and coming in at a (relatively) measly 5 million Euros from Las Palmas.

According to Sport, La Blaugrana are hoping to repeat the success they had with the Spaniard, but through another midfielder playing in Valladolid Juvenil A’s Iván San José ‘Chuki’.

The 17-year-old is incredibly mobile in between the lines, and has a massive capacity for goalscoring, having amassed 21 goals last season with the cadets. This season, ‘Chuki’ has been especially impressive, most recently finding the back of the net against Atlético Madrid’s Juvenil side, therefore stalling their title charge.

The midfielder has developed incredibly well, and reports suggest that Barcelona are hoping to capitalise on his age and bring him into the squad in the summer transfer window, similar to how Pedri was brought in.

The Catalans have had renowned success with youth prospects, with the likes of Ilaix Moriba, Óscar Mingueza, and Araújo growing into first-team roles in the ongoing season. Considering the grave financial situation at Camp Nou, it is unlikely that Barcelona bring in a range of superstars to provide depth to the squad, so it is easy to see why relying on younger, promising players that they develop themselves is their strategy this summer.

The starlet has, however, garnered attention from other sources too, therefore Valladolid are likely to have numerous offers, and Barcelona will probably face significant competition. Either way, ‘Chuki’s’ age and experience level will see him come to Camp Nou at a bargain if the operation is successful.