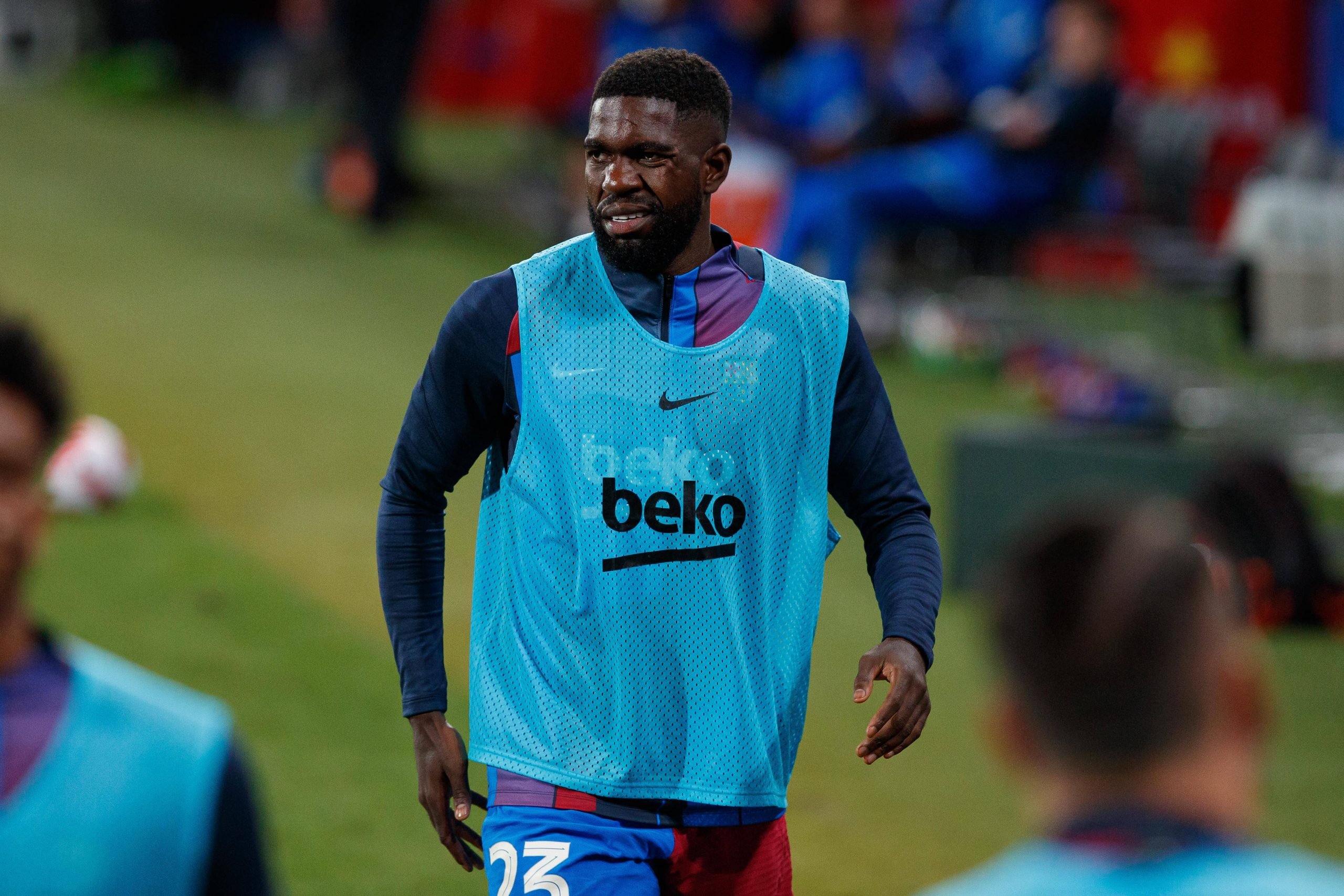 The past few years have been anything but easy for Samuel Umtiti. After a dream start to life at Camp Nou upon arriving from Olympique Lyon in 2016, the 27-year-old has been ravaged by injuries year after year, reducing his stature and importance within the squad.

The 2018 FIFA World Cup-winning defender featured just 16 times in all competitions and it was widely expected that Barcelona would be offloading him in the summer transfer window. However, despite great efforts from the club, a move did not materialise and Umtiti ended up staying put at Camp Nou.

Now, a report from Mundo Deportivo has shed light on how that came to be, following a meeting between Umtiti and Barcelona president, Joan Laporta.

The report states that Umtiti himself asked for a meeting with the club hierarchy in mid-August, with Laporta, Rafael Yuste, and Mateu Alemany also being part of the talk. During this meeting, the Frenchman explained his side of things as he tried to convince Barcelona to give him another shot.

It is claimed that Umtiti showed a lot of character under pressure during the meeting, while also pointing towards the club’s medical department for not being able to properly deal with his injury problem time and time again.

The Frenchman is also said to have informed the board that he had hired a personal trainer with whom he was working all summer to get in shape, before asking for one final chance to prove himself in Catalonia.

All this is said to have been enough to convince Laporta, who then informed Umtiti that he is willing to give the defender one last opportunity. At this point, Umtiti is said to have broken down into tears and hugged Laporta.

The Barcelona president also assured Umtiti that the issue will be brought to the note of manager Ronald Koeman, however, it would be up to the player himself to convince the boss to give him game-time.

It certainly has been a roller-coaster ride for Umtiti at Barcelona. Only time will tell if he is able to make the most of his final chance at the club.