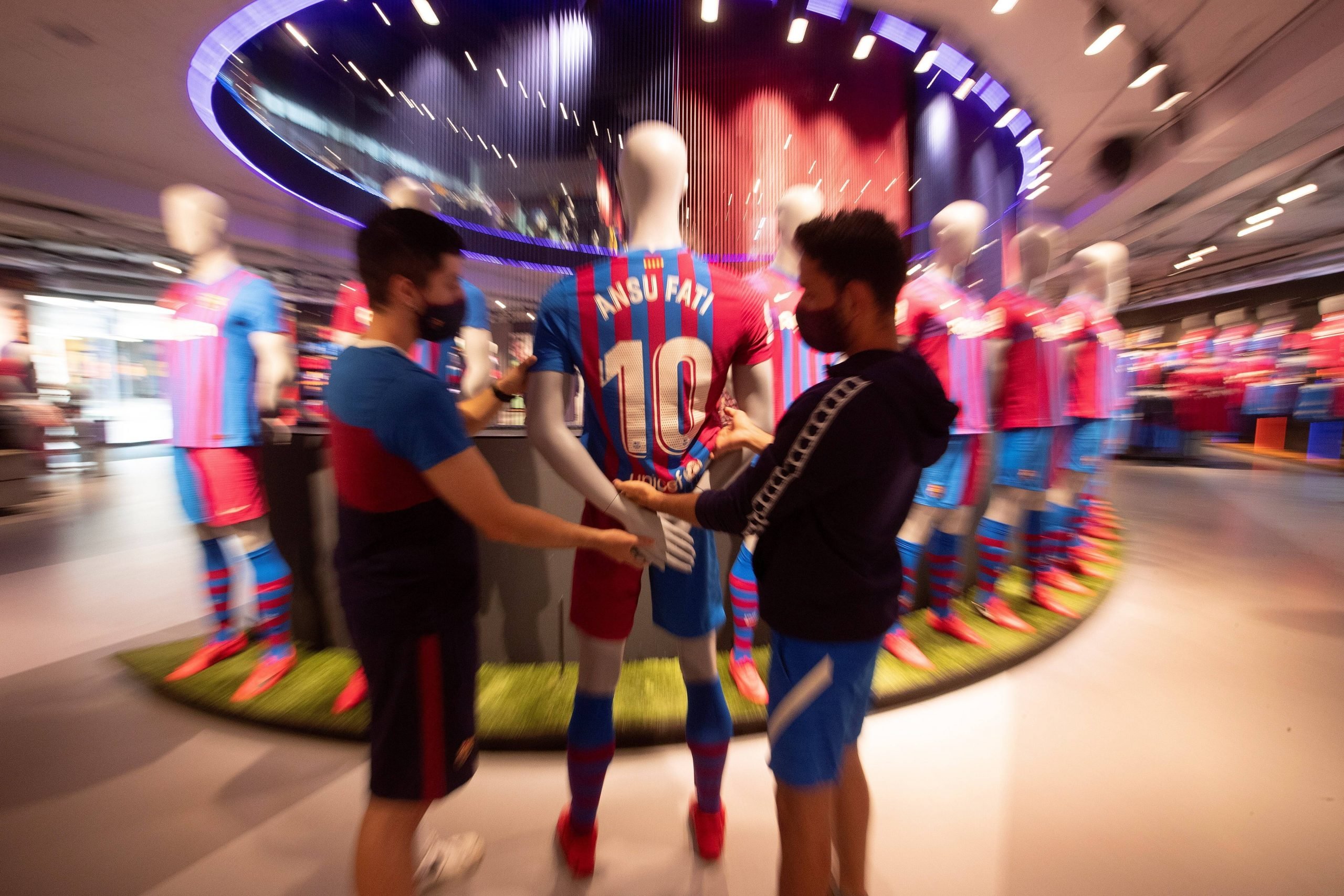 As per an exclusive report from SER, it was Barcelona captain Sergio Busquets who persuaded Ansu Fati to take up the number 10 earlier this summer. It was only after the Spaniard sent a message that the youngster accepted the challenge.

Moreover, Fati is motivated and understands the responsibility that comes with the decision. The 18-year-old is aware of the pressure on his shoulders but still believes he can do it justice. The club is reportedly pleased with his attitude and courage.

The youngster’s decision to take the number 10 was well-received by fans, a large section of whom believed that he was the only fit successor to Lionel Messi.

Reports of Phillipe Coutinho taking up the prestigious kit were also circulating in the media for a while. However, the rumours died down soon, and the Brazilian was assigned another number.

Ansu Fati has been out with injury for close to a year after a horrendous injury against Real Betis last season. His recovery took a painfully long time because of multiple failed surgical interventions.

The youngster is, however, now closer than ever to returning to action. His recovery is moving in the right direction, and he could be fit for the match against Atletic Madrid later this month. Nevertheless, the club want to adopt a cautious approach to his return and will make his reintroduction slow and steady to avoid any relapses.

It remains to be seen how the La Masia graduate returns post-injury. Nevertheless, one can say that he is mentally stronger than ever and motivated to do the Number 10 proud.