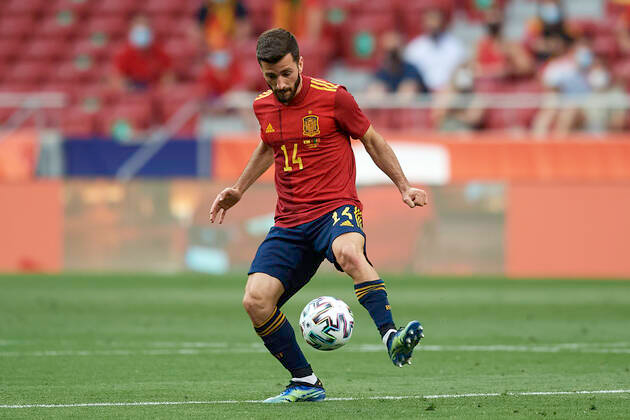 While the La Liga transfer window is yet to open, Barcelona seem to be pressing ahead aggressively with their transfer activity this summer. The Catalans have already secured as many as three players in the past couple of weeks and are now making a play for a fourth signing.

Indeed, according to Turkish journalist Ekrem Konur, Barcelona have requested a meeting with fellow La Liga outfit Valencia in order to explore the possibility of signing their captain, Jose Gaya this summer.

Gaya came through the youth ranks at Valencia and has been a permanent fixture in the lineup for Los Che ever since Jordi Alba made the switch to Barcelona. A veteran of over 250 appearances for the club, the 26-year-old was awarded the captain’s armband for the last season.

However, Gaya’s time at the Mestalla could be fast drawing to a close. The Spanish international has been heavily linked with a move to Barcelona for some time now and it is not hard to see why. The Catalans have had Alba marauding up and down the left flank for close to a decade now, but he turned 32 this year and is at a juncture where he needs to be slowly phased out of the starting XI.

Junior Firpo arrived as a backup for Alba two years ago but has endured a torrid spell in Camp Nou and is expected to be on his way out before the next season kicks off. So, it becomes imperative for Barcelona to procure a new left-back this summer.

Thus, a move for Gaya is said to be in the works as he has the requisite experience and pedigree to become the club’s leading left-back immediately and in the long run as well.

To that end, Barcelona have requested a meeting with Valencia, although they will have to face competition from Atletico Madrid, who are also targeting Gaya. Los Che are demanding a transfer fee of around €40 million for the Spanish international, reports Konur. It will be interesting to see whether Joan Laporta & co. are willing to meet that valuation.