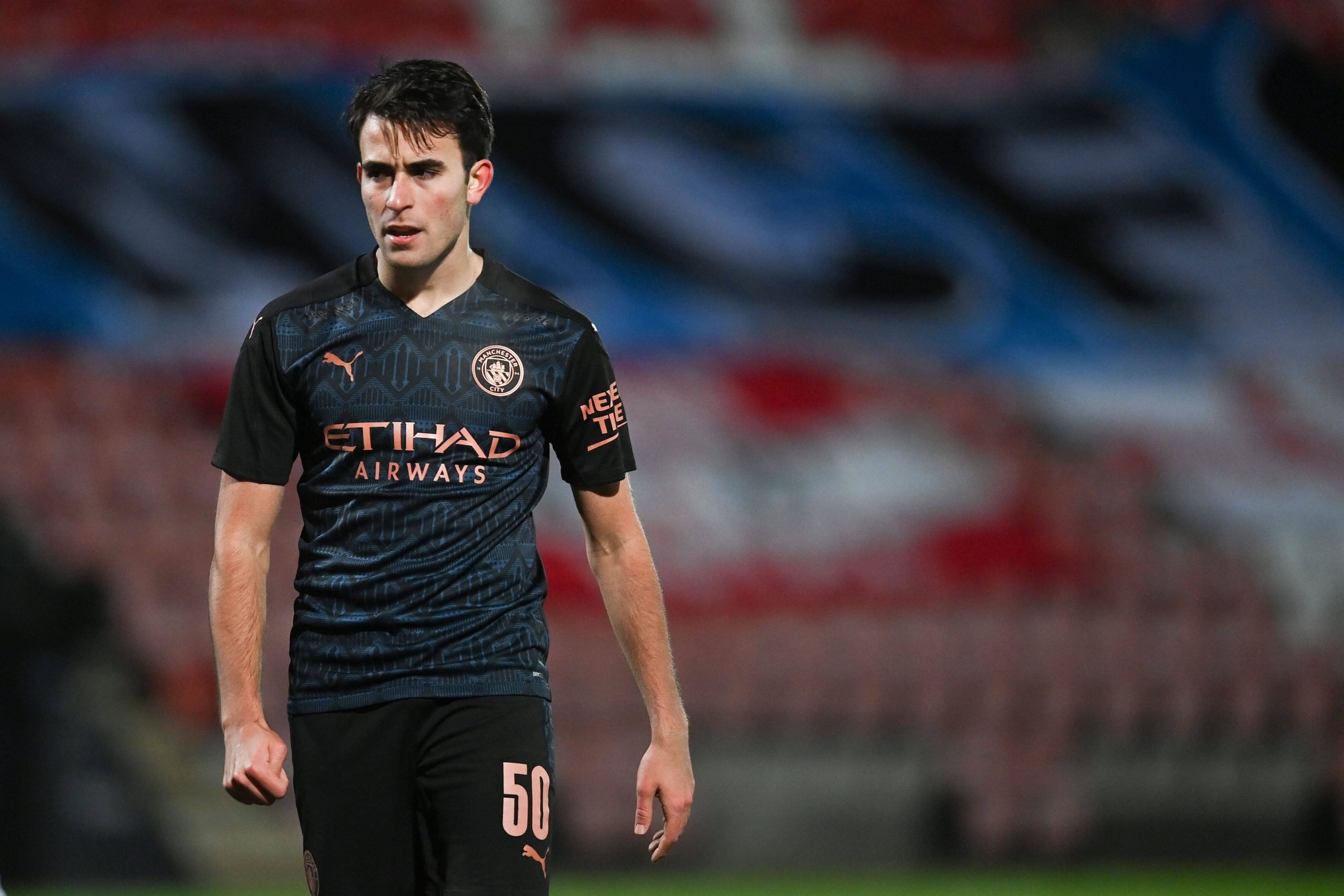 Photo by Ryan Browne/BPI/Shutterstock via Imago

Barcelona has been long linked to Eric Garcia. The center-back, born and brought up in La Masia, was very close to moving back to Camp Nou in the last two windows. However, according to Marca, there is a final twist in the contract details that the new board will propose.

With the change of reigns at Camp Nou offices, the board is looking to cut costs in order to ease the financial burden. Reportedly, Mateu Alemany has taken over as Sporting Director and has started to make decisions for the betterment of the overall structure of the club.

It has been reported in the past that Barça had agreed on a deal with the Catalan centre-back last year itself. However, the current board has made a slight twist which includes reducing the wage. This is a step taken to ensure financial stability which has only got worse due to the COVID-19 pandemic.

Just like several other Barça targets in the next window, Garcia will also be out of contract come June. Reports from England and Spain have always stated that he only has Barcelona on his mind. The 20-year-old had spent nine years at Barça’s youth academy before moving to Manchester in 2017.

The Catalan center-back also has a knack for leadership. He captained Barça’s youth team and then went on to captain City’s U-18 and U-19 teams in his first season. Pep Guardiola also rates the player very highly as he earlier said in a press conference that “Eric Garcia is like a son. He was a guy last season that after the lockdown was our best central defender. He never made a mistake and played in the quarter-final of the Champions League.”

In the same press conference Pep also cleared the air on his potential move to Barcelona.

“He’s going to play in Barcelona and that is not an average player – he is a top player. He was not selected in the last two games and it broke my heart. That is why it is difficult for all the managers when you have a squad. You cannot imagine what it means,” said the former Barcelona manager.

It will be interesting to see if Garcia will accept the diminished contract or not. Taking into consideration his sheer determination to return to his boyhood club, it is very unlikely that a wage reduction will be an issue for him.