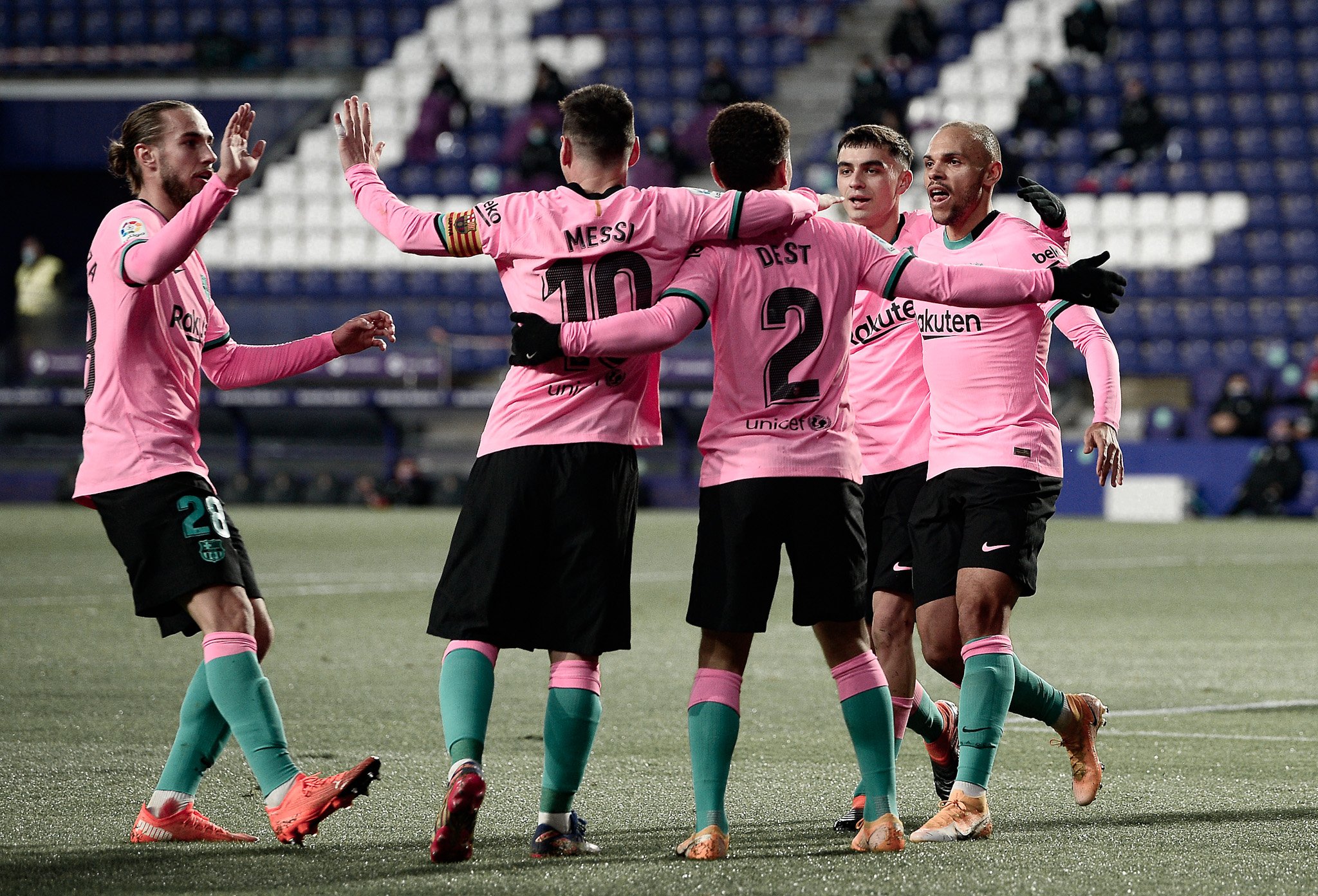 After a disappointing draw to finish off a pretty satisfying week, Barcelona went to the Estadio José Zorilla this Tuesday. Against an in-form Real Valladolid, Ronald Koeman gambled and chose to play with three centre-backs. This time, neither Antoine Griezmann nor Philippe Coutinho were included in the lineup, and the Catalans had a complete performance in the first half.

They had a slow start to the game, but it did not mean they lacked concentration. In fact, it was the opposite. From Frenkie de Jong to Lionel Messi, everyone understood their role perfectly. Against a low block, Barcelona were dominant and did not let their demons haunt them. They had many opportunities to score but ex-Culé keeper Jordi Masip started the half well.

The first goal of the game came from a man who needed to gain back his confidence. Clément Lenglet lept above everyone to connect with a beautiful Lionel Messi cross. It meant that Messi has assisted 300 times for club and country. A few minutes later, Sergiño Dest’s cross capped off a really lovely team move from the whole side. It connected with Martin Braithwaite who scored in the empty net.

All in all, Koeman innovated, and it paid off. Valladolid were not the best opponents, but there were still encouraging signs in that first half.

Koeman’s men went back to the pitch with the same hunger they had in the first half. Nothing changed. Barça kept taming Valladolid, and they managed to increase their lead in style.

This time, it was Lionel Messi’s turn to score. After some excellent ball circulation from the pink side, de Jong sent Pedri through and the teenager’s backheel found his captain perfectly. La Pulga’s smooth finish ended up in the back of the net, and he broke the record for most goals for a single team. After recording his 300th assist in the first half, he would score his 644th goal for Barça.

Koeman then implemented many new faces. Sergio Busquets replaced de Jong, Ronald Araujo got some rest with Samuel Umtiti getting on the pitch, and Junior Firpo filled in for Jordi Alba. The Spanish left-back got a yellow card and will be suspended for the Eibar game. Firpo came on to get some match sharpness before playing Eibar. Ultimately, the new players did not stand out, but Marc-André Ter Stegen made an impressive double save to keep his clean sheet.

In conclusion, this was a professional job. The Catalan giants showed that they could dominate a game from A to Z and Koeman showed he could innovate successfully. There is definitely something to build upon, and the Dutchman has to improve his formation before the PSG tie in February.