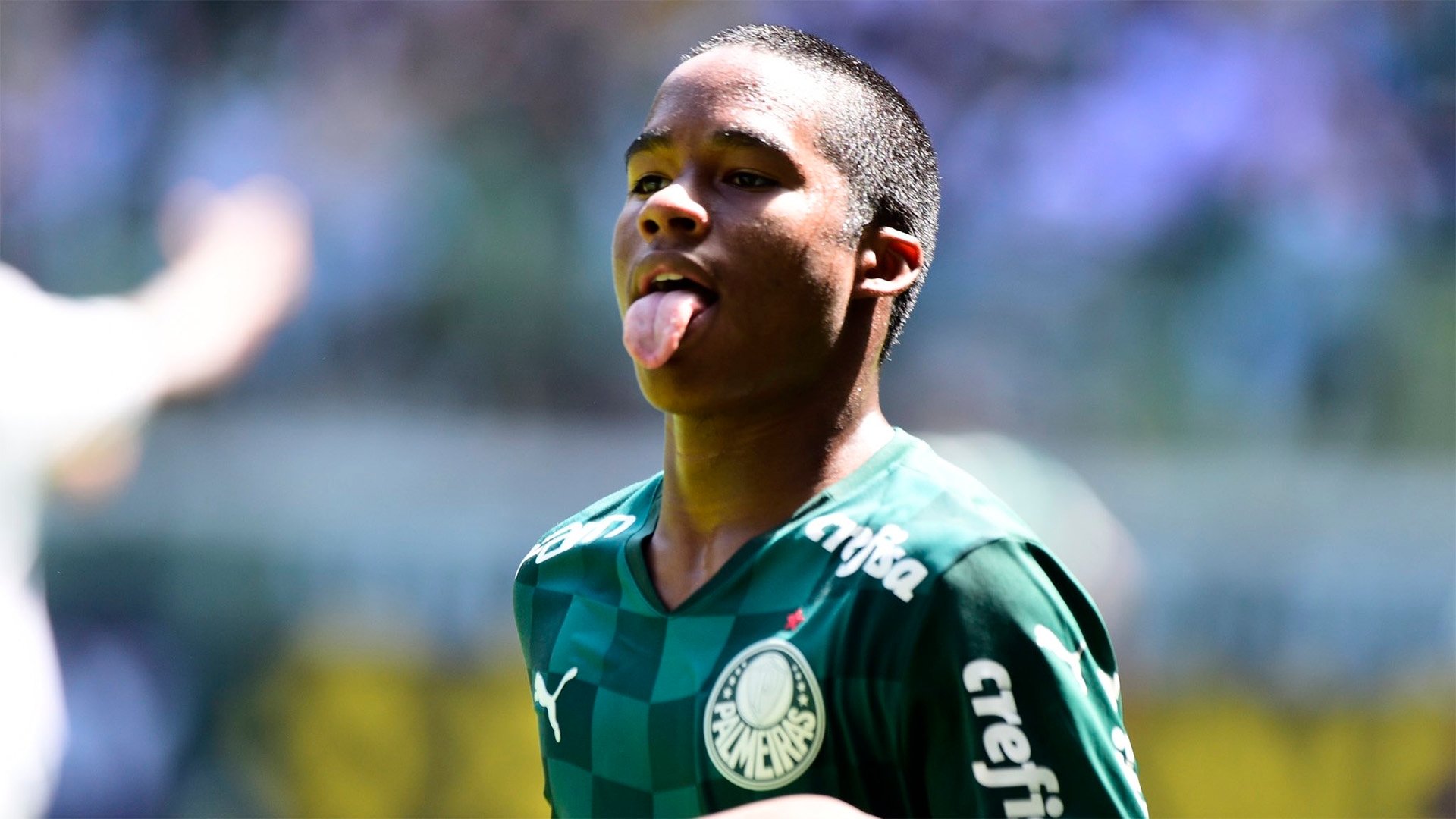 Real Madrid are said to be leading Barcelona in the race to sign Palmeiras’ 15-year-old forward Endrick Felipe Moreira, claims a report from Spanish news outlet MARCA. He has sent quite a wave across Europe with his blistering performances for Palmeiras’ youth teams.

A few days back, the teenage striker scored a bicycle goal from the edge of the penalty box to help his side secure a semi-final berth of Copinha – the biggest junior football competition in Brazil.

On January 25, the forward also netted an early goal on the back of which his side defeated Santos to lift the title.

The 15-year-old’s performances have alerted several European giants but the suitors know they cannot acquire his services until he is 18. In fact, despite being one of Brazil’s rising talents, Endrick cannot sign a professional contract with his Palmeiras until he turns 16.

Despite that though, the likes of Real Madrid and Barcelona are set to be keen on the future arrival of the 15-year-old prodigy.

Real Madrid, in particular, have dwelled deeper into the South American market in search of their own version of Lionel Messi in recent times. As a result, they have managed to secure Vinicius, Rodrygo, and Reinier at a quite young age.

Madrid’s strategy to sign Vinicius was to shell out €45 million rather than €30 million to sign a contract with the player which was only effective after his 18th birthday and MARCA believes the Madrid club is planning for a similar approach for Endrick.

There are reports that the Palmeiras forward can be signed for a fixed fee of between €20-25m, which could rise to €45-50m.

As for Barcelona, they have always rivaled Real Madrid in such signings but their current economical stand is likely to give the La Liga leaders an edge if the negotiation is opened anytime soon.

Furthermore, Vinicius’ presence at Santiago Bernabeu might also help Madrid in landing the teenage whizkid who will be happy to line alongside his countrymen in the future.

As things stand though, neither club can officially sign Endrick as FIFA does not allow international transfers for players under the age of 18.

It is believed that the organization is considering changes in the rule as they believe European clubs can offer a better footballing environment. But no official word has been provided so far and hence the Spanish giants must wait.