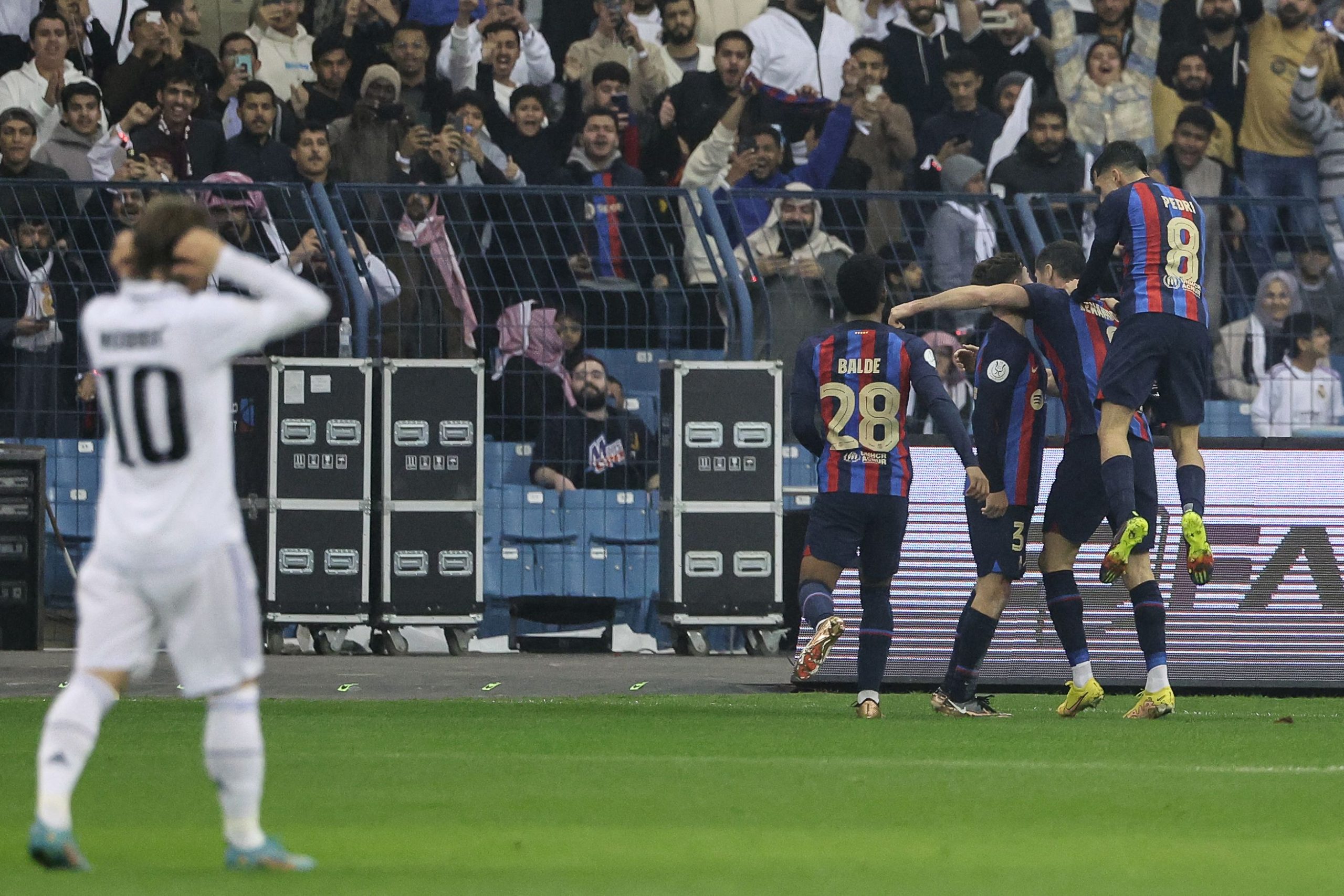 Barcelona had a lot to play for as they locked horns against Real Madrid for the second El Clasico of the season. The team was coming off an unconvincing win against Real Betis but the chance to win the first trophy under Xavi evidently had the team motivated.

The Catalans lined up in a 4-3-3 that often changed into a 4-2-3-1 in possession with Pedri acting as the no. 10, and Frenkie de Jong dropping deep alongside Sergio Busquets.

Either way, it worked a charm as Barça ran away champions courtesy of goals from Gavi, Robert Lewandowski, and Pedri.

Xavi has won the first trophy of his Barcelona tenure, and will be hoping it’s the first of many. Until then, we run the rule on on this near-flawless display from those wearing garnet and blue.

Not troubled too much out of possession, but was tidy as ever with the ball, kickstarting a fair few chances from deep.

Man-marked Vinicius Jr like his life depended on it, even though the Brazilian got the better of him a couple of times. Also did well to carry the ball into space when the midfield was marked.

An absolute giant in defence today, both with and without the ball. Aided Araujo while dealing with Vinicius, and his composure also helped the Blaugranes maintain possession.

Cool as a cucumber despite all the pressure put on him by Karim Benzema. Created a stellar chance for de Jong, and was the perfect aid to Kounde’s and Araujo’s aggressiveness.

Made some brilliant runs from deep, including one that created a wonderful chance for Dembele. Kept Valverde at bay without sweating, too.

Pedri acted as pretty much a no. 10 tonight, which helped Barcelona press high without compromising their defensive structure. Broke lines with ease and ran rings around Kroos and Camavinga.

One of the better performances from Busquets this season, who while missing some obvious passes in the first-half, was solid defensively. Toyed with the Madrid midfield in the second half with some beautiful one-touch football.

A textbook box-to-box midfield performance from de Jong, who acted as a third man going forward. Changed the tempo of the game continuously that troubled the Madrid press. Deserves all the credit for creating the second goal with a tremendous through ball to Gavi.

Kept Mendy on his toes every time he got the ball, and took just the right amount of risks as not to danger Barça. Should have scored, but other than that, a solid performance.

Despite not being fit enough, Lewandowski had a rather impressive game. He assisted Gavi for the first goal, and scored the second with a composed finish. Also came close to scoring early on in the game, but was denied by Courtois.

The Golden Boy. An absolute menace. Kept Modric and Carvajal constantly ticking with his off-ball movement, while also being composed enough to maintain the rhythm. Scored the opener with a brilliant finish, set up Lewy for the second, and then also single-handedly created the third with incredible defensive work and cross.