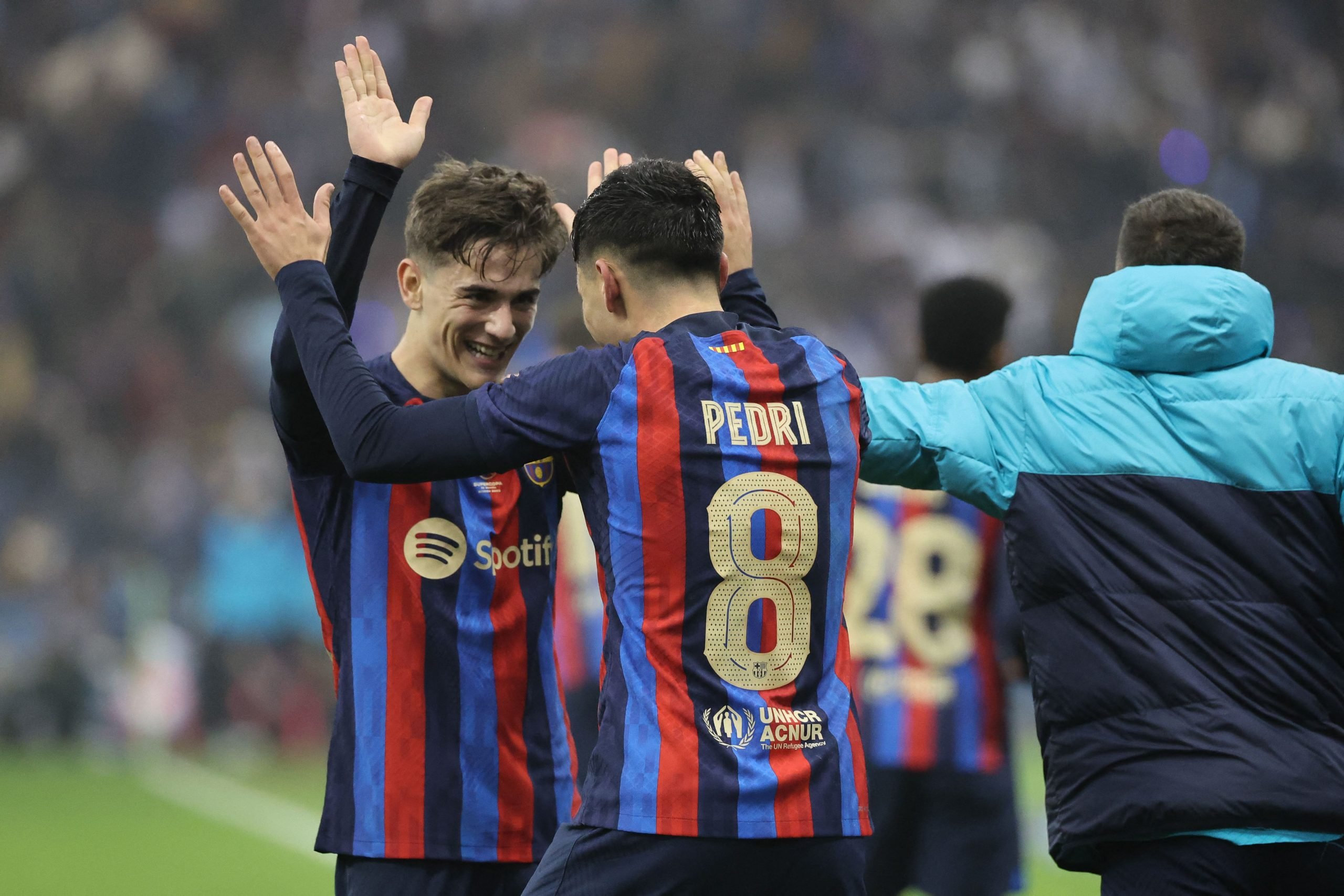 The final of the Supercopa de Espana saw Barcelona and Real Madrid take on each other at King Fahd Stadium on Sunday night in a special game.

The game provided Barcelona with the chance to win their first title in two seasons, while their opponents, a second trophy in the same campaign.

For the Clasico, Xavi Hernandez went with his strongest lineup featuring some tactical tweaks. Marc Andre ter Stegen started in goal with Jules Kounde and Andreas Christensen as the centre-backs. Ronald Araujo played at right-back while Alejandro Balde took over on the left side.

Sergio Busquets, Frenkie de Jong and Pedri started in midfield, Gavi was asked to play as a pseudo-winger out on the left wing. Robert Lewandowski and Ousmane Dembele completed the starting lineup.

The game began with equal exchanges between the two arch-rivals, but the Catalans slowly began asserting their authority by the tenth minute when Lewy’s header missed by a whisker.

Barcelona came agonisingly close to opening the score in the twelfth minute when Robert Lewandowski’s vicious shot struck the post, and Alejandro Balde’s attempt on the rebound was skied.

The Catalans almost conceded just five minutes later in the open game as Karim Benzema headed Vinicius’ cross wide of Ter Stegen’s goal. By this point, it was clear that the Clasico was wide open between two balanced sides and that finishing would decide the champion.

Three minutes past the half-hour mark, Gavi gave Barcelona the lead in Xavi’s first-ever final. Dembele and Busquets won the ball back from a Real Madrid mistake in Los Blancos‘ area, and the ball fell to Lewy in the box. The striker did well to find Gavi who slammed the ball past Courtois at a tight angle.

In the period that followed the goal, it was once again Xavi’s men that dominated the play. Real Madrid’s moments of inspiration occasionally came on the counter, but the initiative and better chances fell to the Azulgranas.

Barcelona doubled their lead in the final minute of the half. This time, it was Gavi that turned provider for Lewandowski as the Blaugranas hit out on a lethal counter.

The move began with a dangerous line-breaking pass from Frenkie de Jong that found the Golden Boy in acres of space. He did well to square the ball across the face of the goal, and the Polish striker made no mistake.

The second half began similarly to the first, and it was unsurprisingly Barcelona again who had the first big chance. Balde’s blazing pace down the left flank initiated a lethal counter but Courtois did well to deny Dembele from the left-back’s cross.

From paradise to absolute utopia, Barcelona’s night took another steep turn in the 68th minute with a Pedri goal. Receiving the ball from Lewy, Gavi controlled the ball and sent it across the face of the goal into the feet of Pedri. The Canary Islander was not one to miss the shot with the goal at his begging.

Raphinha came on for Ousmane Dembele in the 77th minute. One would expect a fight-back from Ancelotti’s men in the final ten minutes, but it seemed as if the men in white had mentally caved in.

Xavi made changes in the closing minutes, with Franck Kessie, Eric Garcia and Sergi Roberto and Ansu Fati coming on for ceremonial minutes. Karim Benzema pulled one back for his side in the final seconds of the game, but it was far too late.

Barcelona were just too good for Real Madrid on the night and completely outclassed the European Champions in every department.

After a long and painful wait of over a year, the Azulgranas hoisted a trophy aloft as the proud Xavi smiled from the sidelines. After an illustrious career at the club filled with silverware, a new era in the manager’s life had just begun as he gave back to the board what is hopefully the first of many accolades.

Barcelona will return to action in the Copa del Rey against AD Ceuta on Friday before they play Getafe in La Liga on Sunday night.