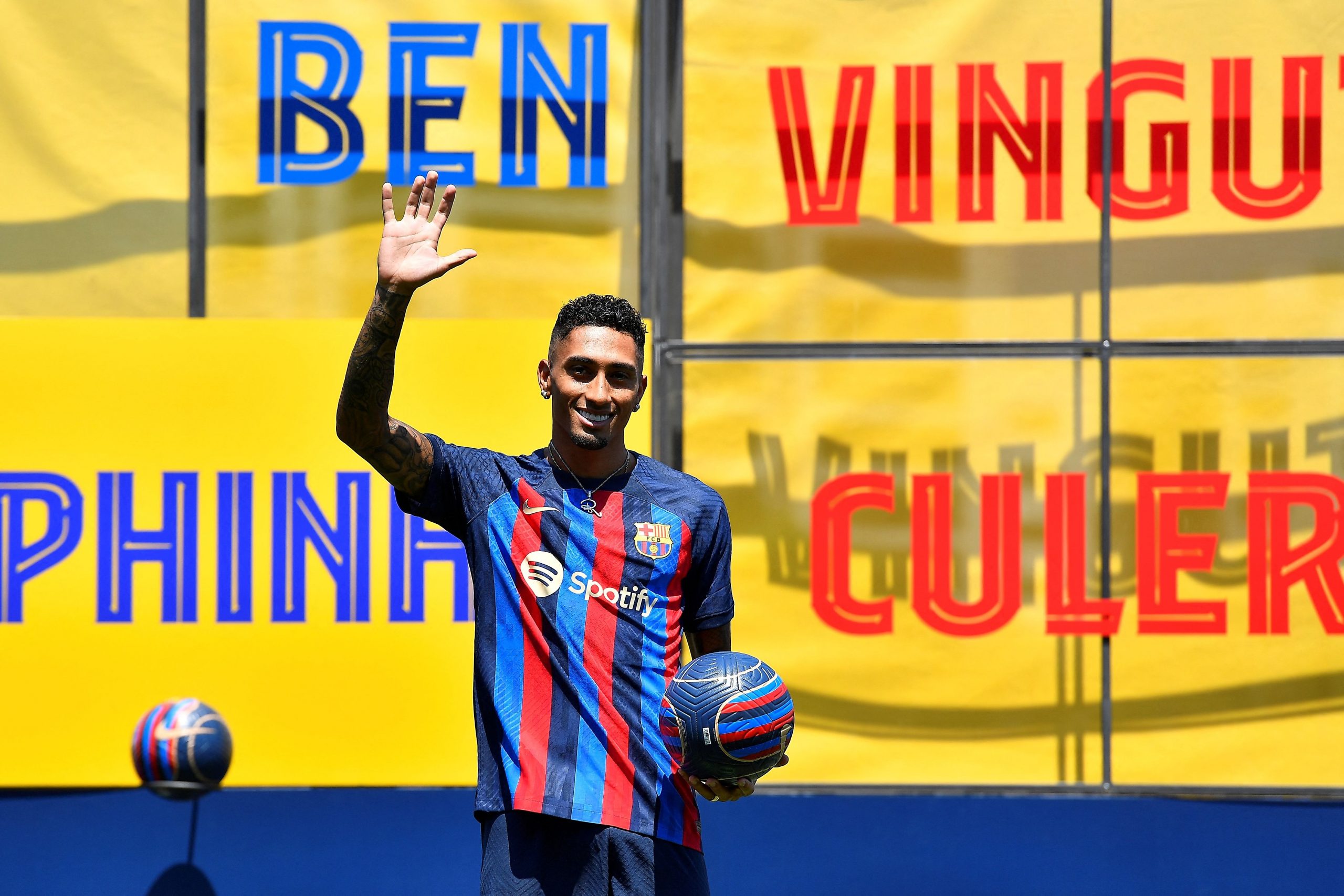 The past year or so has been a memorable one for Raphinha. Playing for Leeds United in the Premier League, the winger earned his first national cap for Brazil in October last year.

A mere months later he was in talks to sign for Barcelona and had reached an agreement over personal terms with the Catalan giants. The actual move, though, would come with its hurdles as Chelsea wanted to sign him and Leeds United were ready to sell him to the Blues.

But the player dug his heels in and Barça did not relent as the 25-year-old ended up securing his dream transfer to Spotify Camp Nou. The Brazilian international reflected on his entire footballing journey in a recent article he penned for UOL.

Raphinha talks about his upbringing in a rough community in Porto Alegre where he saw many people lose their way. But with the support of his family, from whom he imbibed strong values, the winger was able to rise above adversity and live his dream of playing football.

Raphinha spent time at Porto Alegre FC, Audax and another team from Santa Cantarina in his youth footballing days before ending up at Avai. And even though he never made a senior appearance of the club, soon enough Europe would come calling.

“I really wanted to play for the club that opened its doors for me, but my story was different. Many players don’t have the opportunity to play in Brazil, but they get their space in Europe. I’m one of them.”

Raphinha also writes about the influence of music in his life, with his father himself being a musician. The winger’s father even recorded a song with Barcelona and Brazil legend, Ronaldinho. And following in his idol’s footsteps, he eventually made it to Barça.

“All the difficulty to be a player, to get here… but, with the help of my family, I dribbled through life, I found the way out to not be a sufferer anymore. And I keep dribbling, now at Barcelona, ​​with the shirt that my father’s partner in the song made history.”

Before ending up at Barcelona, though, Raphinha had to toil hard. He had stints in Portugal with Vitoria Guimaraes and Sporting CP before moving to France with Rennes where he burst into a star, prompting Leeds United to splash the cash on him.

On his move to England, Raphinha says: “It was hard to get out of there [Rennes] like that, but man… it was the Premier League, the championship of so many stars that I always followed with shining eyes. It was my childhood dream.”

Two years in England with Leeds and Raphinha had established himself as a bonafide star in the Premier League. He had secured a call-up to the Brazil national team – another of his childhood dream achieved.

“Hardly any Brazilian player doesn’t dream of wearing the national team shirt. I’ve been planning this since I was 10 years old… Today I am living not only my dream but the dream of my childhood friends, of an entire community, of a city.”

And soon enough, the move to Barcelona would materialise as a reward for the efforts he had put in throughout his career from Porto Alegre to Leeds.

“When people ask me if I imagined leaving Leeds for the biggest club in the world, which is Barcelona ​​and joining the Brazilian national team within a year, I answer that I not only imagined it, but I also managed to achieve it.”

“I had a lot of offers after my time at Leeds, but I knew exactly what I wanted. My childhood idols played for Barcelona, ​​so I had the dream of coming here and I spared no effort to achieve it.”

Now that he has arrived at the biggest stage, Raphinha has his sights on his next dream – the World Cup.

“It [World Cup] represents everything to me, the height of the career and plans of that 10-year-old boy who already dreamed of hopscotch… I want to have a great World Cup and bring the cup home. I’ll do everything I can to celebrate Brazil’s sixth world championship on December 18th.”