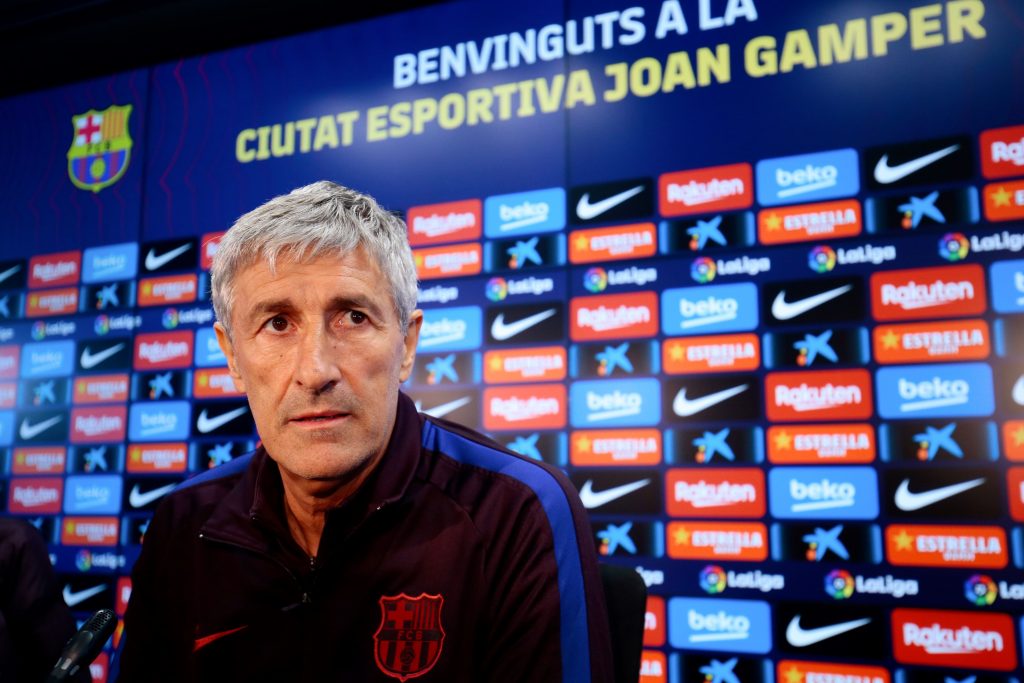 “We haven’t been here for a while and I want to send a message of solidarity to the people who are having a hard time. The team is doing very well, everyone is eager and motivated to compete again.”, said the Barcelona manager.

Setién added that it would hurt Barcelona a little to play the Champions League against Napoli on a neutral field. Also, the coach believes that the break has been good for Barça:

“It would hurt us a little to play the game against Napoli on a neutral field. For us, the break has been good for our minds, to reflect and analyse. It has been good for us to remember and clarify. But other teams have also been able to take advantage of the break.”

The manager has been asked questions about Semedo, Umtiti, Suarez, Arthur, and Messi as well.

“I have not decided if he’s going to play or not. His situation is not going to affect me while making the line-up. Semedo was very concerned. He was not aware of the situation, he made a mistake and he knows it. He has apologised, he is sorry.”

“He was the only player who has missed training sessions for a while since he suffered from a muscle injury. He’s doing quite well but it’s logical that he lacks a little more rhythm than his teammates.”

He is fit. He can start or he could come on as a substitute. We are not taking risks. After five months it’s obvious that he will need a few games to find his best version.

“We have talked about things, but not for that long. I’m clear that I can count on all the footballers who are part of the squad. I don’t go into all the speculations. Arthur has returned well, like the rest of the players. He’s great, like his teammates.”

“Fortunately, he knows how to measure himself perfectly and dose when necessary. If there is a risk, he will be the first to say it. I always trust my players.”