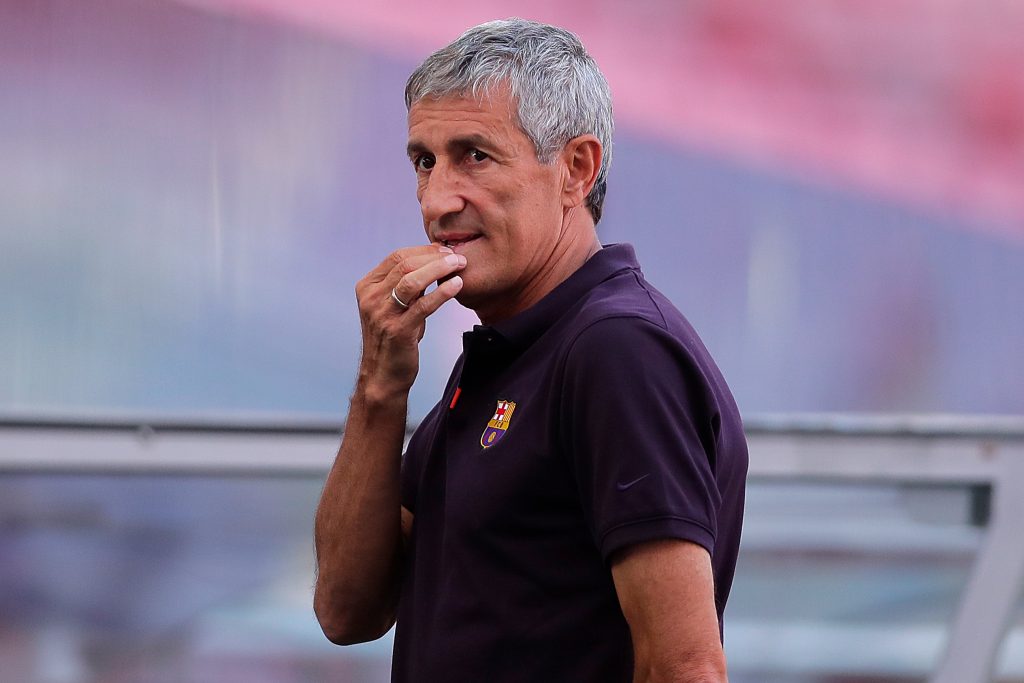 Barcelona coach Quique Setién has spoken in the pre-match press conference ahead of the Champions League quarter-final against Bayern Munich on Friday night. The Cantabrian coach answered general questions and explained his expectations.

On statements in German media: “One thing is the statements and what people may think and another is what happens on the pitch. We know about Bayern’s talent and pace, especially in the offensive aspect. I think it will key to have the ball. There will not be a clear dominator and the one who will overcome the tie is the one who takes advantage of their chances.”

On the Lewandowski-Messi comparisons: “Lewandowski is a great player but he’s not on Messi’s level, I think that’s clear. Lewandowski has 13 goals in the Champions League and is very well assisted by his teammates, but we have already seen Leo the other day against Napoli. It’s good that we can enjoy these players.”

On Ousmane Dembélé: “Dembélé is in a position to play for a few minutes and if we think it’s appropriate, we want him to do so. We are convinced of our possibilities. It will be an even game and we have a lot to say.”

On playing with four midfielders: “We have considered many things. The best thing will be to have possession and try to hurt them.”