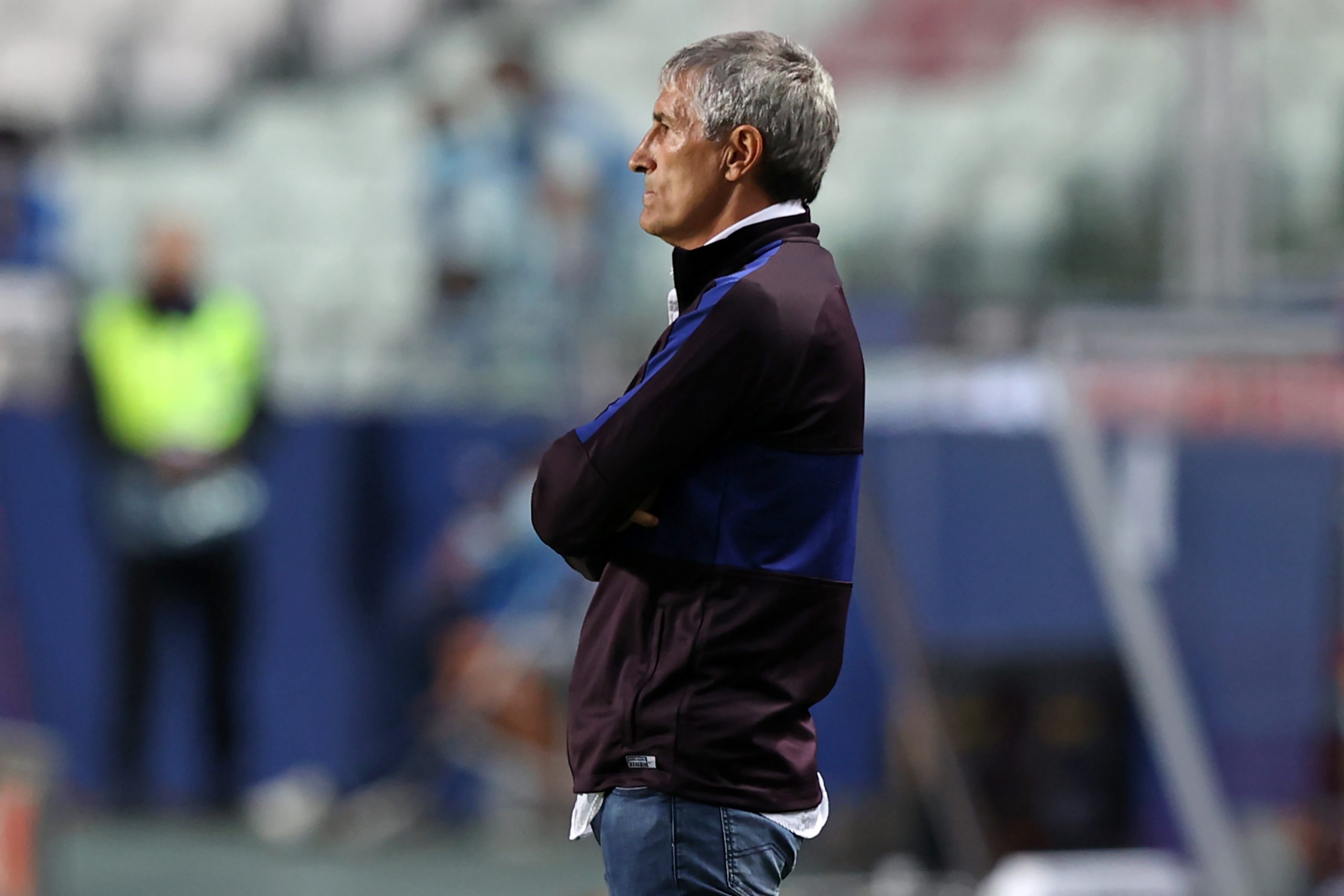 Former Barcelona manager Quique Setien has opened up about the complicated relationship he had with Lionel Messi during his time in charge.

Setien, who joined Barcelona in January 2020 following the dismissal of Ernesto Valverde, lasted a mere eight months in charge of the club, wherein he won just 16 out of the 25 games while drawing four and losing five times.

One of those defeats included the 2-8 rout at the hands of Bayern Munich in the quarter-final of the UEFA Champions League. This was the first time Barcelona had conceded eight goals in one match in 74 years.

A mere three days later, the former Real Betis manager was relieved of his duties which resulted in him taking legal action against Barcelona as he felt the team did not respect the contract.

Setien’s relationship with the Barcelona management was tricky, to say the very least. Moreover, he had also admitted that he did not really have good control over the Barcelona squad as ‘there were players who were difficult to manage‘.

Among those was a certain Lionel Messi. Back in November 2020, the former Bluagrana coach had said, “Among them Leo , it’s true. You also have to take into account that he is the best footballer of all time.

“And who am I to change him! If they have accepted him there for years as he is and they haven’t changed him.”

And now, the 63-year-old, who is without a team at the moment, is set to appear in a show, ‘Setién Report’, an excerpt of which has been revealed where he has refused to talk about Lionel Messi at all.

When asked about his relationship with the legendary Argentine, he simply said, “I prefer not to talk about Messi,” as relayed by Mundo Deportivo.

Meanwhile, his second in command at the time, Eder Sarabia, who now coaches Andorra, gave an extended explanation, saying,

“At the beginning, I had a very good relationship, but then it deteriorated a bit due to the results, due to the situation of the club, which was not the best. Messi was not happy at all and as a result of that his departure from Barça,” he said.

It must be remembered that Setien is not the only manager who had issues with Lionel Messi. During the 2013-14 season, then manager Gerardo ‘Tata’ Martino had brought up a similar problem and Setien had this to say about it.

“I don’t need anyone to tell me what Martino or another said. I have lived it. I’ve had enough experiences to make an accurate assessment of what this guy and the others are really like,” he had said in 2020.