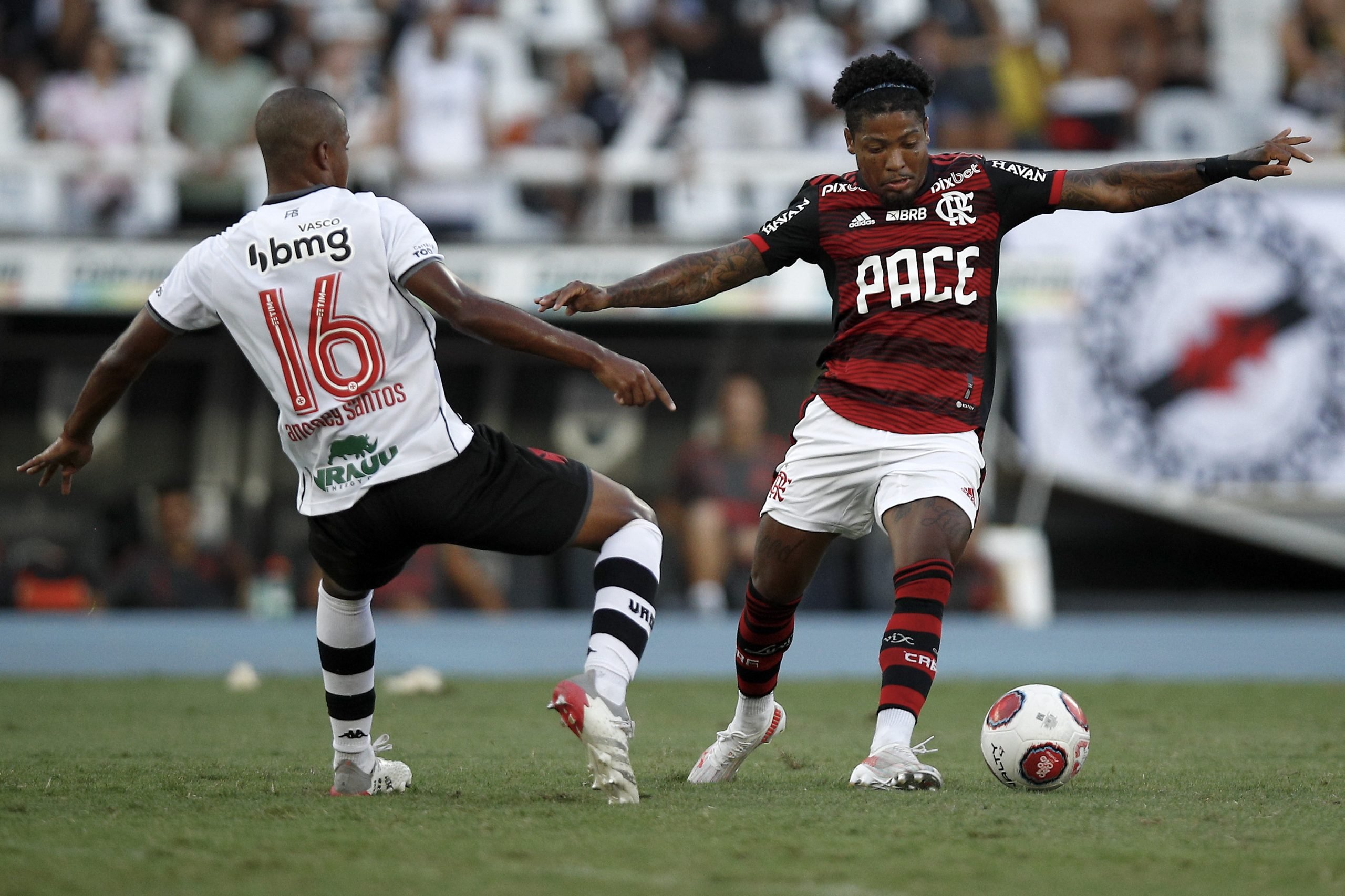 Following Real Madrid’s success in the Brazilian market recently, Barcelona have also decided to dip their hand into South American academies in the hopes of finding the next Vinicius, Rodrygo, and more.

One of the players on their radar for a while now is Vasco de Gama’s Andrey Santos. The 18-year-old is primarily a defensive midfielder, and as such, Barcelona view him as someone who can replace Sergio Busquets in the long term.

They are far from alone in the race for his signature, though. As per a report by Le10Sport, PSG are seriously interested in signing Santos, and their interest has been increasing ‘month after month’.

Santos is considered the ‘new Bruno Guimaraes’ in Brazil, and PSG director Luis Campos is ready to bring him to the French capital in the winter itself.

The report also suggests that five clubs, including Barcelona and Newcastle United, have already drawn up an offer for the midfielder. Paris are yet to make an official move, but have already spoken to the player’s representatives to nail their interest.

Vasco de Gama are ready to let the player leave in January itself, but want their €20 million demand met. In search of Busquets’ replacement, it will not be surprising if Barcelona decide to splash that cash on the Brazilian in the winter.

That said, the Blaugranes are also keeping an eye out on Wolverhampton Wanderers’ Ruben Neves and Real Sociedad’s Martin Zubimendi as potential successors.

The latter is Xavi’s first-choice for the position, but having renewed his contract recently, it seems unlikely that he will cost anything less than his release clause of €60 million.

Neves, on the other hand, has a contract that clocks up in 2024 and could be available on a ‘meal deal’ price in the summer of 2023.

As the January window rolls in, more names apart from are expected to pop up on Barcelona’s radar apart from these two.