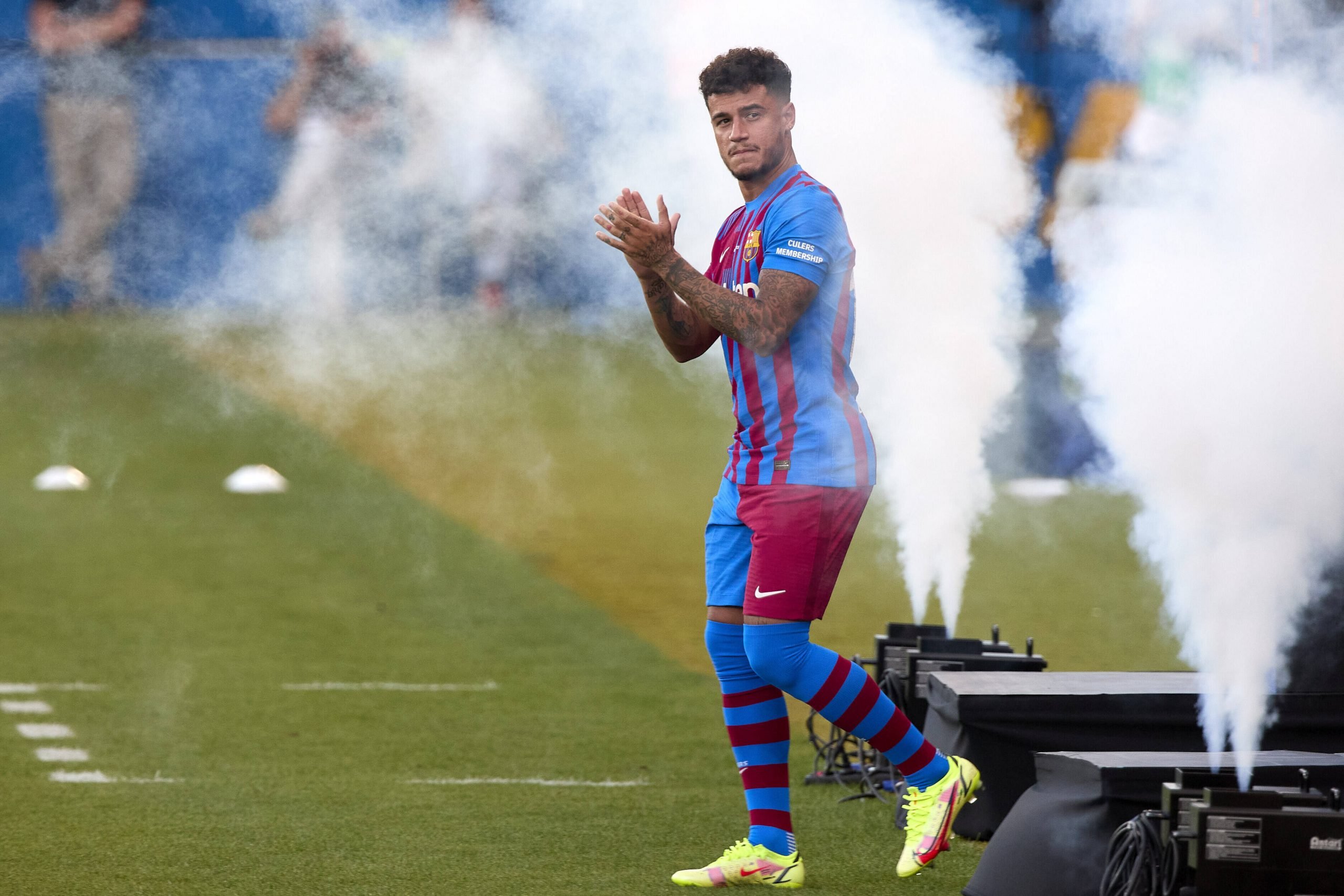 According to reports relayed by Leicester Mercury, Leicester City have been offered the chance to sign Barcelona outcast Phillipe Coutinho at a cut-price.

Leicester are, apparently, only one of the three Premier League clubs in talks with the player’s agent. West Ham United United and Wolverhampton Wanderers are the other English clubs that are in contact with Kia Joorabchian over a possible move for the former Liverpool star.

The report further adds that Coutinho will be available on loan with his new club paying 60% of the player’s wages. Barcelona will still continue to pitch in 40% of the 29-year-old’s salary.

Since his arrival from Liverpool, Coutinho has struggled to find his feet. The record signing has had little to no impact during his stay in Catalonia.

The player was out injured for the second half of the season last year. At this time, he lost his position to the young 18-year-old Pedri.

This season too, Ronald Koeman does not seem to have Coutinho in his plans. The Brazilian was left out of the squad for Barcelona’s League opener against Real Sociedad yesterday, a clear sign that Barcelona are looking to move him on.

The club’s dire economic situation has been outlined in great depth by Joan Laporta in his press conference earlier in the day. The club is over €1350 million in debt, with the wage bill being 103% of the total revenue.

That said, the Catalans are desperate to make an exit for Brazilian possible. They reportedly want a reply from the clubs by the coming Friday.